A protester holds a sign with an image of George Floyd during a peaceful demonstration outside police headquarters in Los Angeles. Mario Tama/Getty Images 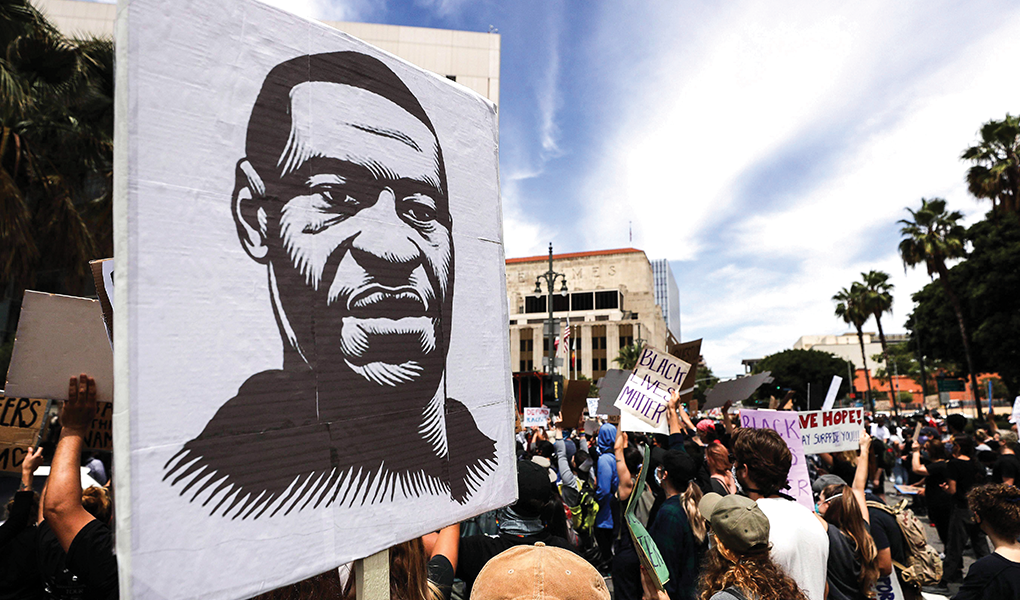 MARY REICHARD, HOST: Today is Monday, July 27th. Good morning! This is The World and Everything in It from listener-supported WORLD Radio. I’m Mary Reichard.

MARVIN OLASKY, EDITOR IN CHIEF: I try to reply cordially to every letter WORLD members send me. Last month I briefly apologized 20 times for a mistake I made, but with letter 21 something broke and I responded at greater length. Here’s what I wrote:

Thanks for your note. Yes, I was inaccurate to say George Floyd “by all accounts was a gentle giant.” Relatives, friends, and many news sources characterized him that way, but I should have said “by most accounts.”

Some conservatives emphasized his drug arrests in Houston and a severe instance of armed robbery for which he rightly went to prison for four years. But I’d challenge your characterization of him as a “thug”: Floyd came out of prison in 2013 and seemed a changed man over the next seven years.

Does it matter that Floyd grew up in Houston’s Third Ward in a housing project where kids sang “I don’t want to grow up, I’m a Cuney Homes kid. They got so many rats and roaches I can play with.” Maybe not.

Does it matter that Floyd was a tall boy in school and studied only basketball—so when he wasn’t good enough to go pro he wasn’t trained in anything? Maybe not.

An old-timer once showed me around the Third Ward: A tough environment does not justify criminal activity, but maybe a person who grew up in one and messed up badly should get a second chance.

Floyd after prison volunteered with a church that held services on the Cuney Homes basketball court. Does it matter that he set up chairs and a bathtub on the court for baptisms and let residents know about Bible studies and grocery deliveries? Maybe not. I don’t know how well he did in the Christian program that brought him to Minnesota, and when he died he did have some drugs in his system.

But here’s what I want to get to: The story of David Pena, who as a young man did drugs, committed crimes, and gained a three-year prison sentence. Pena got out, founded Texas Reach Out Ministries, and as CEO of this organization for 30 years helped many inmates to walk a Christian path.

I went to one of Pena’s Bible studies in south Austin last year. A dozen ex-cons who had made recent professions of faith in Christ sat on couches and folding chairs. Pena, age 64, explained from his own experience that only Christ works. He was terrific—and he died early this month from COVID-19. That’s sad. What’s tragic is that George Floyd might have become a David Pena.

(Mario Tama/Getty Images) A protester holds a sign with an image of George Floyd during a peaceful demonstration outside police headquarters in Los Angeles.