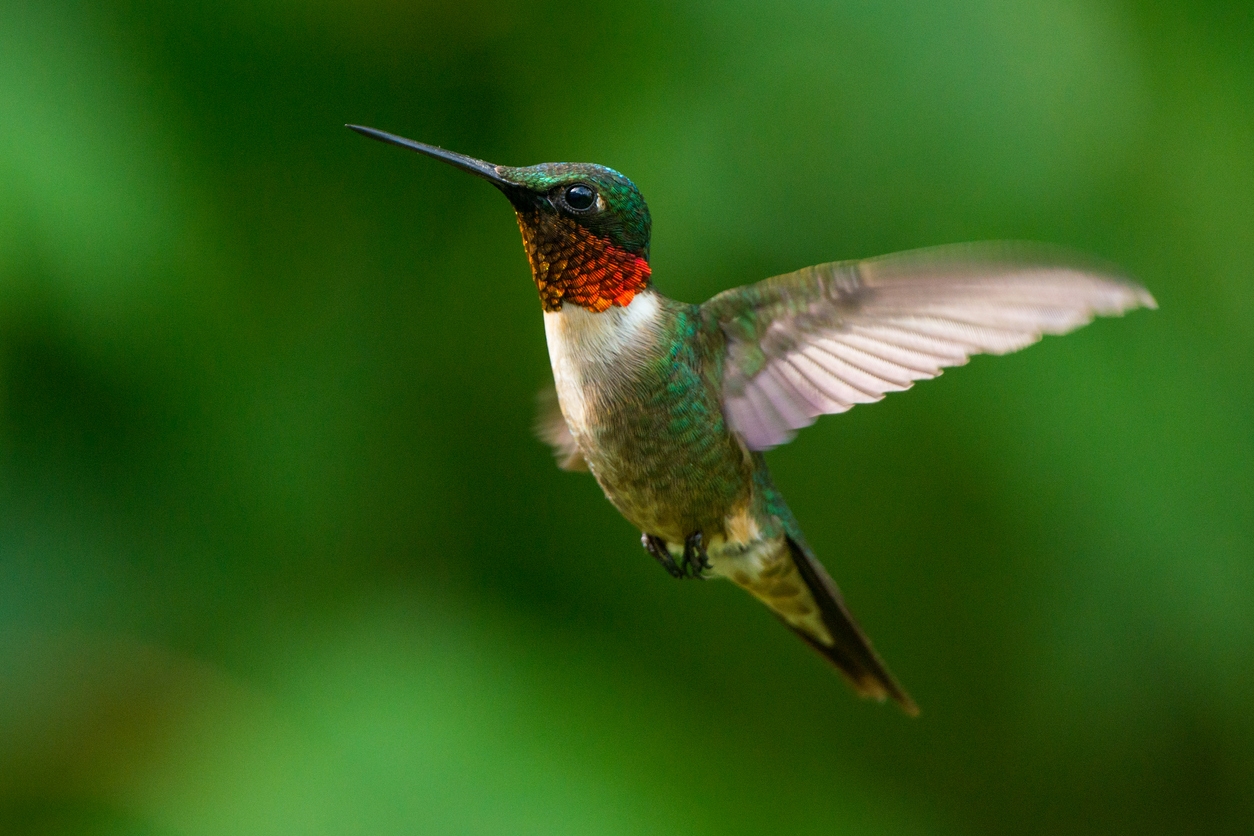 NICK EICHER, HOST: Today is Tuesday, October 13th. Good morning! This is The World and Everything in It from listener-supported WORLD Radio. I’m Nick Eicher.

MARVIN OLASKY, EDITOR IN CHIEF: My wife Susan and I, along with WORLD interns when we have them, live in a tall house on the side of a hill. Bragging Texans call it Edwards Mountain, which means our restaurant with three tables is just above the treetops.

It’s a restaurant with outdoor dining only and very tiny customers: hummingbirds, each of which weighs 1/9 of an ounce: That’s about what a 9 ½-week-old unborn child weighs. Two centuries ago a writer, John Hector St. John de Crevecoeur,  called hummingbirds the smallest but the most beautiful of all God’s winged creations.

I agree. Our Austin home sits right where the ranges of ruby-throated hummingbirds and their black-chinned brethren overlap, so we host both kinds. We love watching them fly forward or backward with equal ease. They beat their wings between 70 and 200 times per second. They can dive at speeds that reach 60 miles per hour.

But they are also desperately needy. The hummingbirds’ hyper-fast metabolism pushes them to eat each day at least twice their own body weight in tiny bugs, nectar, and sugar water. That’s like a human eating all the food on every shelf of a big refrigerator.

So hummingbirds are different in that way from all except the fattest of human beings. But a hummingbird and a human are similar in that neither is a birdbrain. Hummingbirds can remember flowers they have visited. They even remember which humans can be trusted to refill empty hummingbird feeders.

Hummingbirds also have the family values, or lack of them, that characterize much of America today. Female hummingbirds work for five days to build a 2-inch-diameter nest of buds and plants. The mom makes it about an inch deep. She then lays her white eggs. They’re about the size of jellybeans. She sits on them for two weeks. But the father, meanwhile, tries to mate with any female he can catch.

Hummingbirds also resemble humans in this election season in one more way. They are fearful. They take a drink of the water with sugar mixed in that our restaurant serves. Then they fly away, only to come back for another drink a minute later when the coast seems clear. So even though there is plenty for everyone, our hummingbird restaurants function at only 25% of capacity, and hummingbirds normally eat alone at our 4-seater tables. They attack other hummers and even bigger birds that infringe on their social isolation.

Amid election fears, hummingbirds can remind us to consider Christ’s words: “Are not two sparrows sold for a penny? And not one of them will fall to the ground apart from your Father.” We don’t know whether the coming election will be blessing or curse. We do know that God will not abandon us.