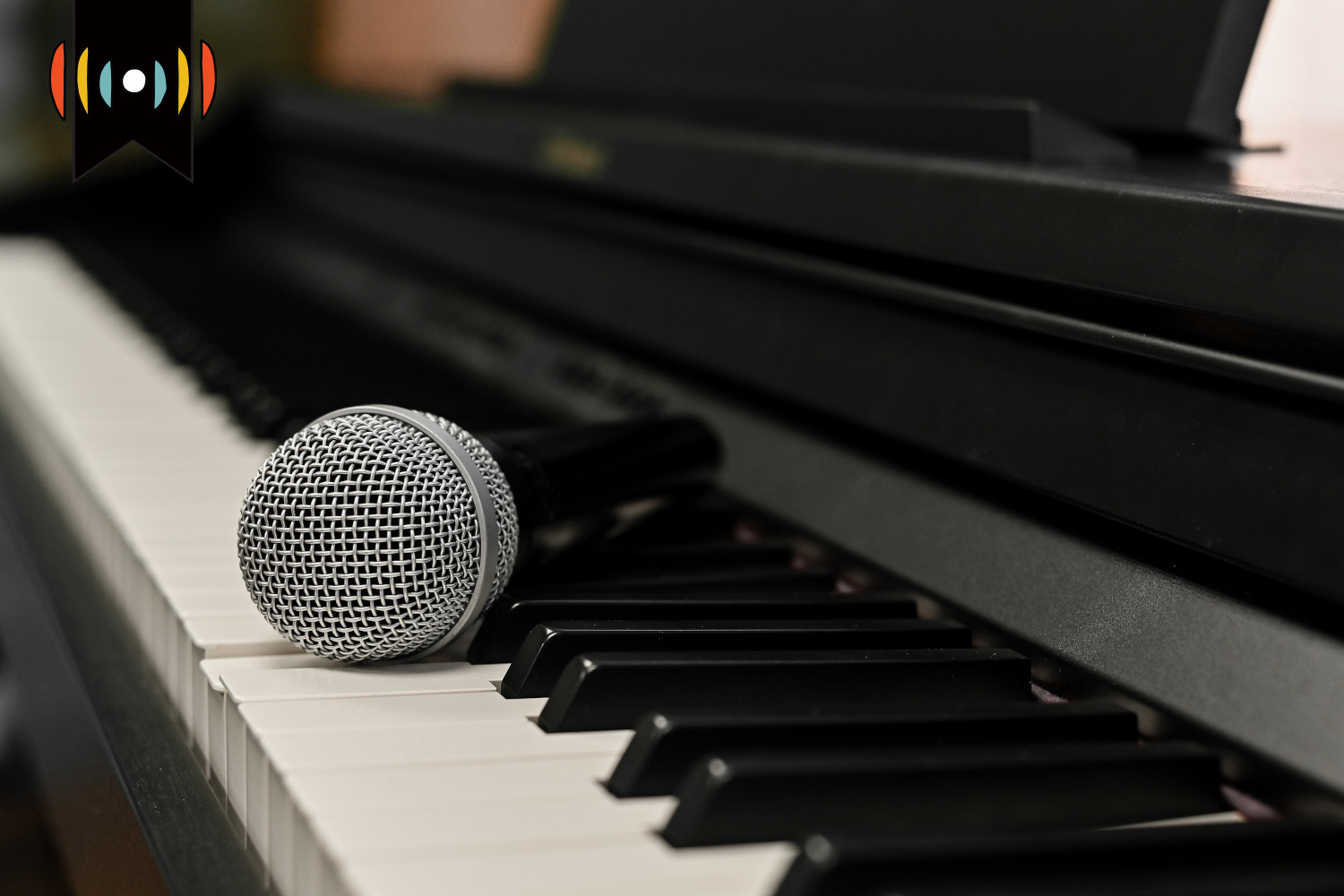 NICK EICHER, HOST: Today is Tuesday, October 18th. Thank you for turning to WORLD Radio to help start your day.

MARY REICAHRD, HOST: And I’m Mary Reichard. Coming next on The World and Everything in It: Part 2 of our look at modern worship music, behind-the-scenes.

Recently, we introduced you to two songwriters who create modern hymns that are rich in theology.

KIM HENDERSON, SENIOR WRITER: At the recent Getty worship music conference in Nashville, the main stage was the main attraction.

But at 8 o’clock on Wednesday morning, a crowd of coffee-toting music enthusiasts made it to a breakout session on the third floor. Maybe they were drawn by the curious session title: Silencing the Congregation. 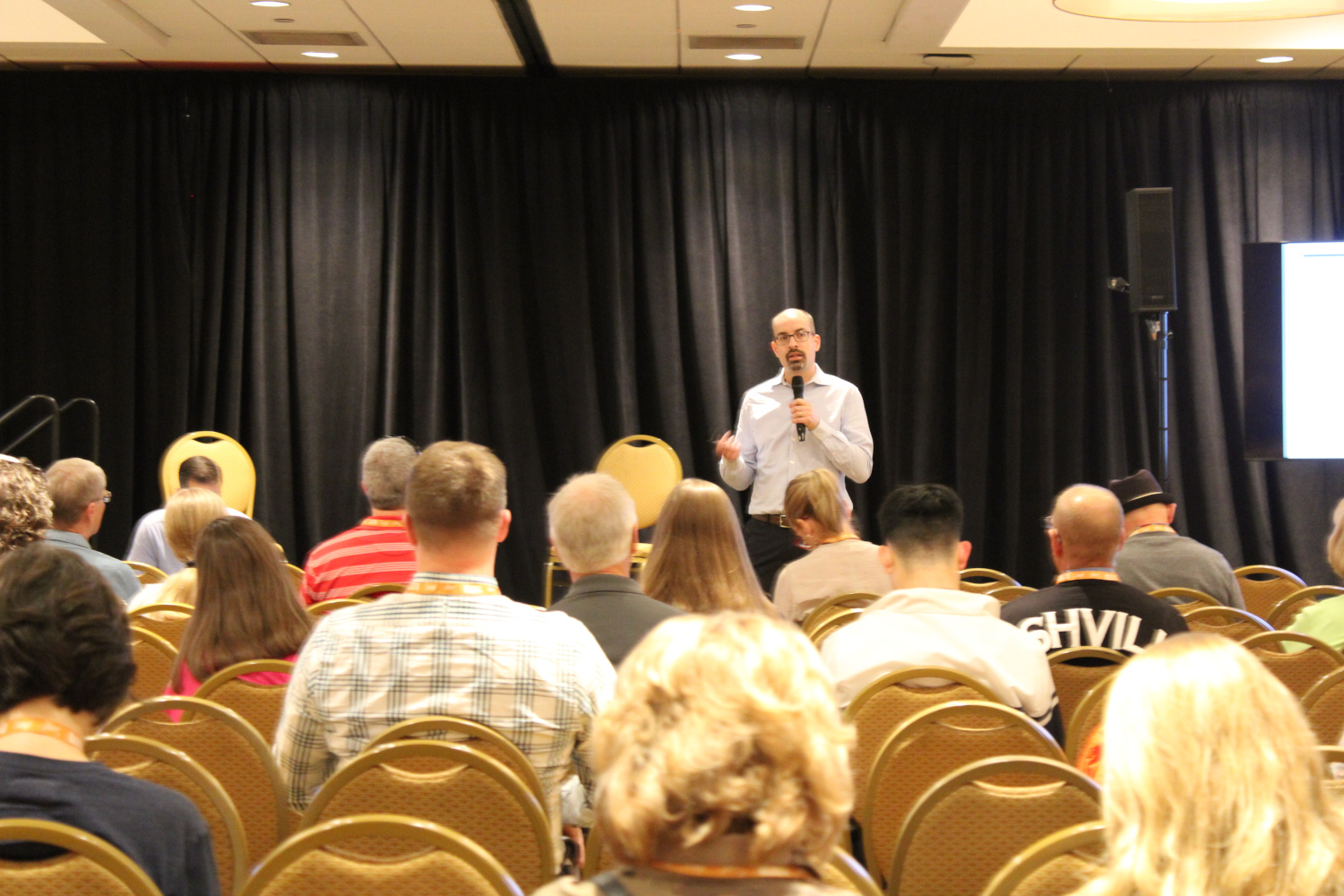 That’s Nathan Burggraff. He led the session. Burggraff teaches music theory at Southwestern Seminary in Fort Worth, Texas. You could say he’s in the business of training tomorrow’s worship leaders. He’s also served in churches himself.

BURGGRAFF: So I've had first-hand experience in dealing with choosing songs for congregational singing, thinking through what's going to work well for singing in churches.

And when he teaches, he gives his students tips.

BURGGRAFF: Pointers on ways that we can choose songs, choose keys for songs, adapt certain songs, so that it works well for congregational participation.

Congregational participation. Maybe you’ve never thought about the relationship between music theory and how much a congregation participates in the singing during church services. But Nathan Burggraff sure has.

For the past five years, he’s been immersed in an unusual research project.

BURGGRAFF: Just taking songs that we're currently singing in American evangelical churches and looking at some of the changes that have happened to them . . .

Burgraff has studied 476 of the most popular songs sung by evangelical churches during the past three decades. He has Excel spreadsheets analyzing their harmonic progression, melodic ranges, even the number of beat displacements in the melody. It’s tedious work, but the study is revealing. Burggraff says he has proof about what he calls a growing “congregational silence.”

BURGGRAFF: Just the idea that we're writing songs for a solo singer, not necessarily for a group to participate with.

Burggraff zoned in on 130 worship songs written after the year 2000.

BURGGRAFF: …the voice type that was for that solo, so it may not work for an entire congregation to sing.

Burggraff isn’t the only one noticing the problem. Matt Merker is director of creative resources and training for Getty Music. He’s seeing—or rather hearing—the same thing.

MERKER: Many modern songs sound great when they have a full band and a full rhythm section. But if you strip away the musical accompaniment, it can be difficult for the average layperson to sing along without the rhythmic background that comes from the band, and if the song is pitched in a key that's too high . . .

So sometimes an unwillingness to sing in a church service may not be a heart issue. Still, we’re commanded to sing.

MERKER: Scripture tells us in Ephesians 5:19 that we are to be addressing one another in psalms and hymns and spiritual songs. There's a role for every person in the church to be singing. It's part of our ministry.

So what makes a song singable?

Burggraff showed a series of slides at his session. Audience members were eager to ask questions.

BURGRAFF: If you look at the New Harvard Dictionary of Music, they show various voice types . . . and if we take all of those voice categories, and we put them in the same octave, we have what I call a voice range overlap, that is roughly an octave and a third. And so it's about B flat 3, up an octave to the D 5 . . .

And whatever voice type you are, you should be able to sing comfortably in that voice range overlap.

Some contemporary Christian groups, like CityAlight, write specifically with congregational singing in mind.

And some music publishing companies offer a congregation-friendly version of their songs. But there’s the issue of instruments.

BURGGRAFF: If you're working with guitar-lead instrumentation, you might choose keys that work well for guitar. If you have an orchestra in your church, and you use those same keys . . . they're going to end up reading a much more difficult key. . .

Burggraff says today’s worship leaders need to be aware of the challenges.

BURGRAFF: It's a matter of looking at a song, being able to read the music, and being able to identify ways that we can lower the key, we can normalize the rhythm, we can adapt it for communal singing, and that does take just some basic music knowledge.

And extra work, but it’s important work. Congregational silence shouldn’t be an option.