Locked down in South America and Asia

WORLD Radio - Locked down in South America and Asia 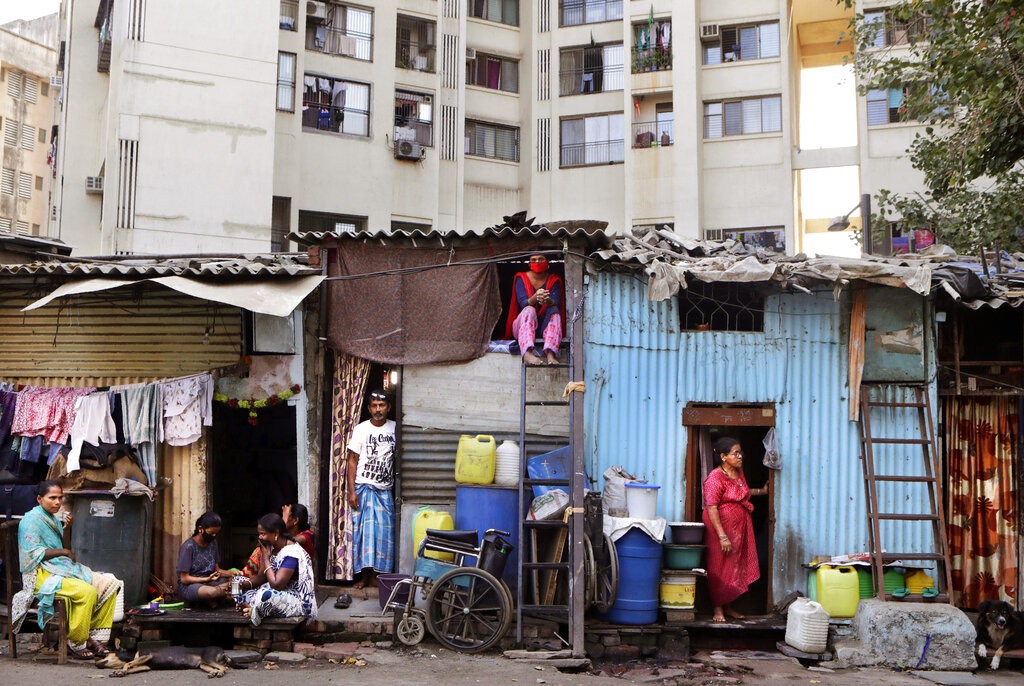 NICK EICHER, HOST: Coming up next on The World and Everything in It: we continue our quarantine tour in Asia and South America.

Yesterday, China ended the 76-day lockdown in Wuhan. That’s where the novel coronavirus originated. But, as you just heard, lockdowns continue in Europe and around the world.

WORLD reporter Sarah Schweinsberg spoke with people in India, Peru, Chile, and Taiwan to find out what life is like there.

SARAH SCHWEINSBERG, REPORTER: On March 24th, Indian Prime Minister Narandra Modi ordered more than a billion Indians to stay home for three weeks. He made the announcement just four hours before it went into effect. That caught millions of people off-guard.

VASANTHA: What really hit India harder than the virus is the panic.

Vasantha Peter and her husband run a Christian media ministry in Bangalore, a city in southern India.

When the prime minister announced the lockdown, her husband was in another city in another state. The lockdown halted all public transportation and closed borders between states, stranding many migrant workers and travelers.

VASANTHA: So none of the people in that state even had a hint that there was going to be a lockdown. I kept praying and I said God I hope and pray that he will be able to reach home safely.

Thankfully, he had his own car.

VASANTHA: He came back right in time and also at the border, he didn’t see any police.

The country is now halfway through the lockdown. Police enforce a curfew, and people can only run essential errands. To leave a neighborhood, residents must visit a police station to apply for a pass.

India has millions of poor, day laborers. Vasantha says the lockdown is hitting them the hardest.

VASANTHA: It’s not the disease that kills them. It’s the no food on the plate that kills people.

In Peru, authorities began enforcing a nationwide quarantine in March. A week ago, they also implemented a 6 p.m. curfew. Tiffany Simmons and her husband are missionaries in Pucallpa. She says soldiers and police are strictly enforcing the new rules.

SIMMONS: You can get fined. You can also be taken to the police station.

One person per household is allowed to run errands and everyone must wear a mask to enter a store. Men can leave home on Monday, Wednesday and Friday…

SIMMONS: And the woman can go Tuesdays, Thursdays, and Saturdays.

No one goes out on Sundays. Simmons says the measures are strict but necessary.

SIMMONS: They know that we could not handle it here. The hospitals, the clinics, we just don’t have the supplies to handle this kind of a crisis.

In Santiago, the capital of Chile, the government has taken a more surgical approach. Two weeks ago, it closed all non-essential businesses and issued a countrywide 10 p.m. curfew.

But officials have only mandated stay-at-home orders in certain Santiago neighborhoods with higher infection rates.

Jim Hurley and his family are missionaries who just happen to live in one of those boroughs.

HURLEY: We have a list of six or seven things that are allowed to leave our house for but only one person from the house can leave. I’m limited to leave twice a week for groceries, and it’s like a four hour window.

And his five children can only leave their apartment once a day for 30 minutes.

HURLEY: Usually what we do is hop on our bikes and ride back and forth and throw the frisbee around a little bit.

One benefit to the city’s reduced hustle and bustle? The air quality.

One country that hasn’t closed businesses or public spaces is Taiwan. There the government has limited community spread by closely monitoring and testing anyone who has had contact with a COVID-19 patient.

Christina Chung lives in Taipei and works for an American pharmaceutical company. She says life is largely continuing as normal, but people are taking precautions in public.

CHUNG: Everyone must, must wear mask. Especially when you are going to enter into any places. But when you go outside and you can take your mask off.

But Chung worries that if the public lets down its guard too quickly, new infections could emerge. Last week, Taiwan celebrated a public holiday.

CHUNG: I can see from the news there are so many people, pack and packs of people. Some of them wearing mask, some of them did not wear mask. So we don’t know if there’s any infection in between them.

Afterwards, the government asked everyone at the gathering to self-quarantine for 14 days.

As worldwide quarantines drag on, governments everywhere are weighing the health risks against the mounting economic damage. Vasantha Peter says as difficult as the shutdowns have been, churches are helping to make the hardships a little easier to bear.

VASANTHA: Mothers with babies or elderly couple or anyone. They are asking them if they need any grocery. My neighbors who needed eggs and milk so one man from the church comes by to give them early morning eggs and milk. I think church is definitely stepping up and taking care of their community.

(AP Photo/Rajanish Kakade) Impoverished Indians rest by their shanties at Dharavi, one of Asia’s largest slums, during lockdown to prevent the spread of the coronavirus in Mumbai, India, Friday, April 3, 2020.