A million and a half people in the U.S. are awaiting green cards 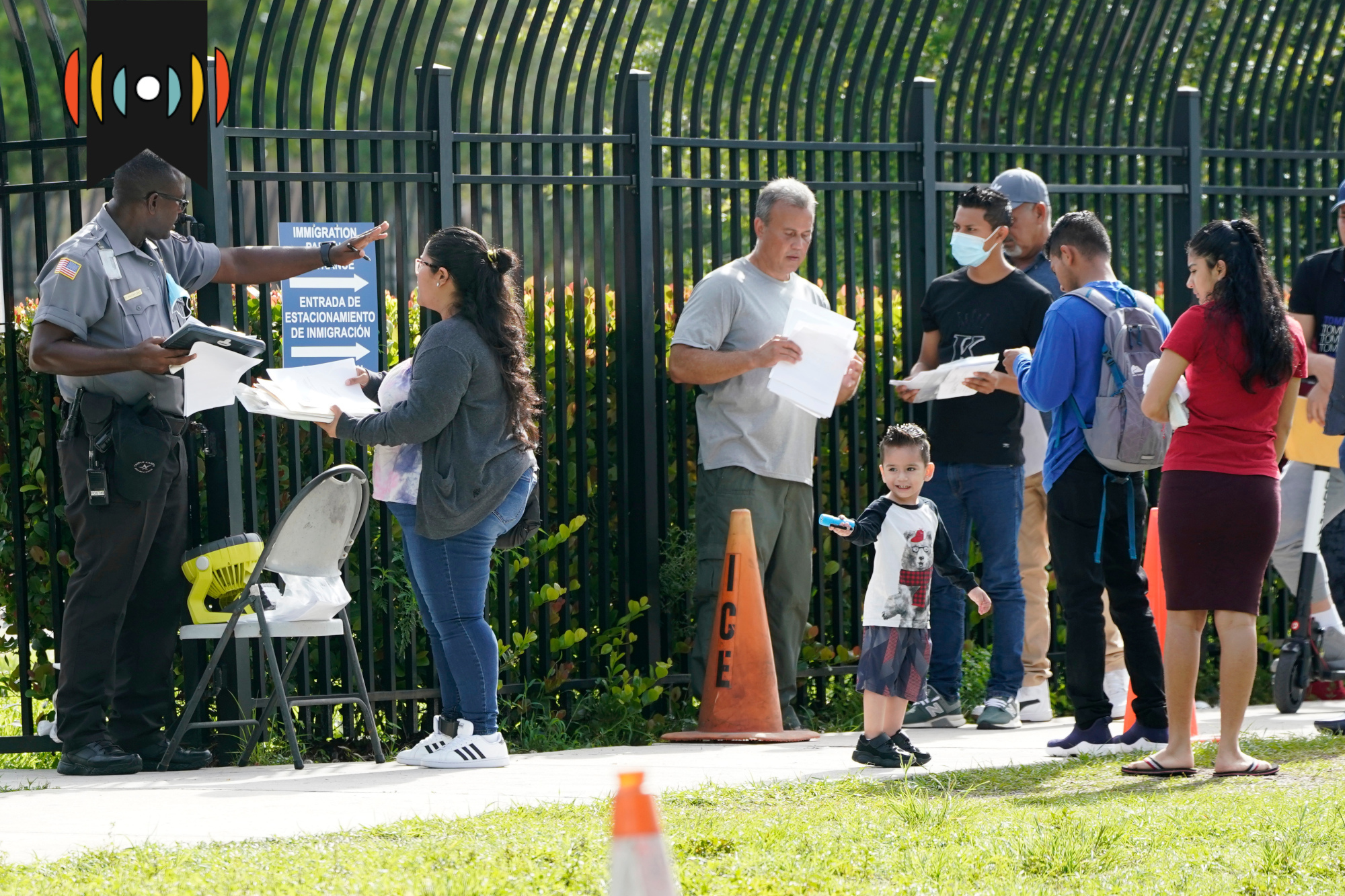 You’re listening to World Radio and we’re so glad to have you along today. Good morning, I’m Mary Reichard.

Each year, the U.S. government issues about 140,000 green cards. They are what allow migrants to work and live permanently in this country. Right now nearly one and a half million people are waiting for their green cards.

REICHARD: That means those migrants are living in a legal limbo that threatens to split up families as well as make the labor shortage worse. WORLD’s Addie Michaelian reports.

ADDIE MICHAELIAN, CORRESPONDENT: On a steamy evening in Leander, Texas, about 25 men, women, and children gather in a home for a weekly Wednesday-night worship and prayer meeting. The group sits in a circle on leather couches, wooden chairs, folding chairs, and the wood floor. After two songs and a Scripture reading, participants read church prayer requests aloud.

Attendees Samrajkumar Veeraraj and his wife Anitha Samrajkumar share their own prayer request: Anitha’s mom is in the hospital in India for surgery. Anitha is worried about who will care for her. She hasn’t been able to travel because of the family’s green card application.

ANITHA: When we initiate the green card process, we are basically letting the government know that we intend to pursue your green card so we are planning to change into an immigrant now.

Right now, Samrajkumar and Anita are on temporary H-1B visas for specialized employment. Anitha left Chennai, India, for a job in the United States in 2005. Samrajkumar followed with 2-year-old Jedidiah, Anitha and Samrajkumar’s oldest child, in 2006. Now, Jedidah is a sophomore at Texas A&M university.

SAMRAJKUMAR: Once he turns 21, he has to leave the country, or he has to start a brand new fresh process, which might take decades for him to get a green card.

Jedidiah is one of 90,000 young adults in that situation. As of July 1st, the family of five is finally eligible to apply for a green card. But they expect to wait two to three more years before they get approved. If they leave the country before submitting the application, they will lose their place in line—which could mean another decade of waiting.

ANITHA: So if I travel out of the country right now, basically we are abandoning the application. And so when I come back, whenever that is, it could be that our turn has been lost.

Federal rules say immigrants from one country cannot receive more than 7 percent of all employment-based green cards. About 80 percent of migrants stuck in the backlog are from India. A CATO institute says Indian migrants face waits of up to 90 years, and about 200,000 may die before ever receiving a green card. Pandemic delays haven’t helped.

To help solve the problem, advocates are asking Congress to eliminate those caps.

Companies like Amazon.com and Uber Technologies are also lobbying Congress to take action. David Bier is the associate director of immigration studies at the Cato Institute. He says the logjam will make the worker shortage worse over the long term.

BIER: And so it really green cards about employee retention and keeping workers from you know, giving up on the process and going to some other country.

Some immigration advocates say the solution is to increase the number of employment-based green cards available. But critics say that could mean fewer jobs for American workers.

BIER: There's very little support for doing that. I mean, that's not even something that most Democrats are proposing just overall for any employment based applicant.

Last year, Rep. Zoe Lofgren-D-Calif introduced the Equal Access to Green Cards for Legal Employment Act or the EAGLE Act in the House of Representatives.

LOFGREN: So when I hear people say “Get in line,” well, the people in line are going to be dead before the visa number comes up …

The act aims to shorten backlogs by phasing out the country limits and preventing children from aging out while their parents wait for a green card. But it would keep the total number of H1-B visas and employment-based green cards the same.

In the meantime, families like Samrajkumar and Anitha’s continue to wait. Anitha stays up late to ask her brother in India about her mom’s condition because of the 10½ hour time difference. She hasn’t seen her family in eight years. For Samrajkumar, it’s been more than 10. Their two younger daughters haven’t met any of their family. Anitha says their church has stepped in to fill the gap.

ANITHA: So many people are becoming grandparents, uncles and aunts, and brothers and sisters. So to the point, that even though we are not with our actual family, we don't feel so much of the brunt of it. Because our church family has always been there for us.