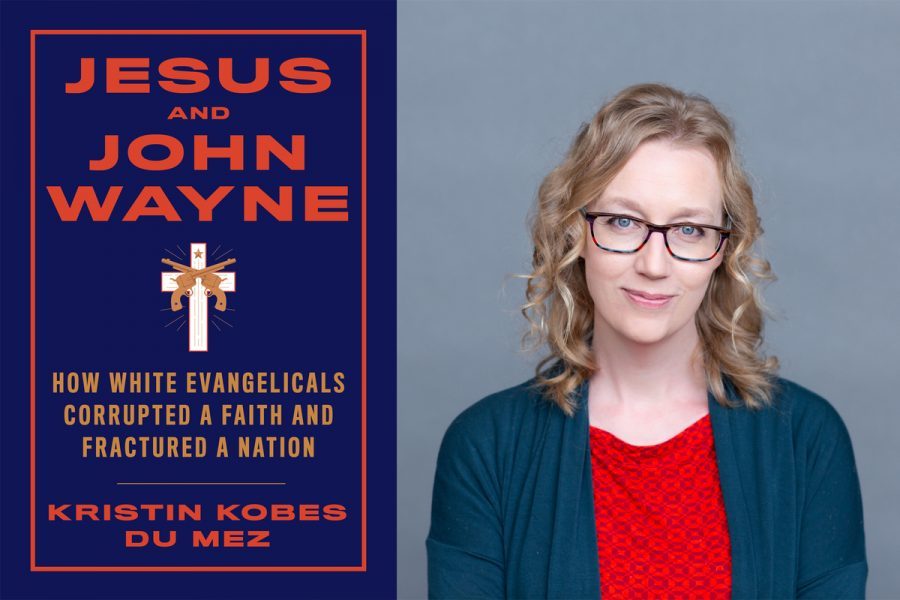 MEGAN BASHAM, HOST: Coming up next, a preview of Listening In.

This week, host Warren Smith talks to Kristin du Mez. She is an author and professor of history and gender studies at Calvin University.

She makes the assertion that militaristic white American men have corrupted evangelicalism and undermined the gospel. In this excerpt of their conversation, Warren Smith presses her to define a controversial term.

WARREN SMITH: I want to ask you to define another word, which you use a lot, and that word is patriarchy. Would you define what you mean when you use the word patriarchy?

KRISTIN DU MEZ: Sure. Essentially, a system of masculine authority where authority is considered to be rightly held by a man, by virtue of the fact that he is a man. Now what authority is that? So I talk about patriarchal authority, I talk about white patriarchy, and times, it’s really masculine leadership. And then we can start to discuss in any given moment what that entails.

So is that simply spiritual authority? That’s kind of the world I grew up in. That was the primary debate. Is it also social authority? Is all authority rightly masculine? How does God structure society more broadly? Like all of these questions come into play within families, within churches, and within the broader community? But at its base, it’s really an understanding of power and that power rightly, is exercised by man.

SMITH: Well, it is at least in some venues and some contexts an exercise of power. But you know, you’re a wife, you’re a mother. Would you concede that there are differences between men and women?

DU MEZ: Oh, absolutely. Yeah. I think it’s often a kind of a fallacy for conservatives to think that feminists are denying that there is any difference between men and women. There are biological differences, hormonal, right, there’s all kinds of differences we can explore. But then the next step is, I’m a cultural historian. So what meaning is ascribed to those existing differences?

If you look at traits, if you look at even biology, you’re gonna find more of a spectrum. So I think there’s a question of what meaning is ascribed to particular gender differences? And that’s probably where some of the interesting differences will emerge.

BASHAM: That’s Kristin du Mez talking to Warren Smith. To hear the complete conversation, look for Listening In tomorrow wherever you get your podcasts.