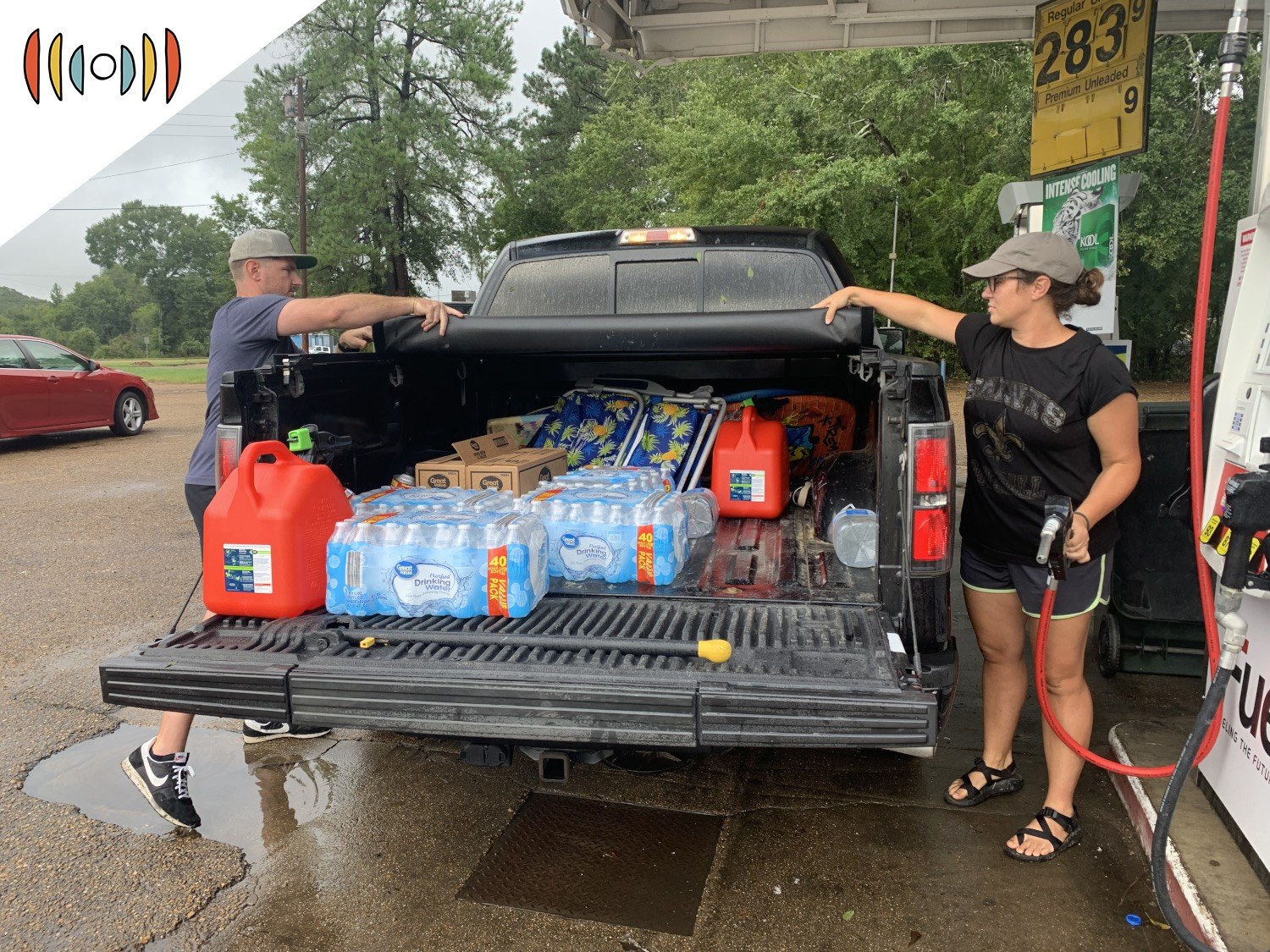 As you just heard a moment ago, recovery efforts in Louisiana are progressing slowly. Thousands of households are still without power and water, conditions that could persist for weeks.

BUTLER: WORLD senior correspondent Kim Henderson visited the disaster zone on Tuesday to find out how people are holding up.

KIM HENDERSON, CORRESPONDENT: When Hurricane Ida slammed the Gulf Coast with 150-mph winds, residents of Greensburg—one of Louisiana’s oldest towns—felt the full force of her wrath.

Tangipahoa—60 miles north of the coast—felt it, too. It’s about an hour east of Baton Rouge and an hour and a half northwest of New Orleans.

As power lines snapped and giant oak trees uprooted, Rachel Prichard had one thing on her mind. Her children. They were at her mother’s house, usually a 15-minute drive away.

PRICHARD: It took me six hours to get to my kids and not knowing if they was alive or dead . . .

Prichard and her husband used a chainsaw to cut a path through downed trees blocking roadways.

In nearby Amite, the Red Cross opened a shelter at the high school gym, a 100-year-old brick building that emerged unscathed.

KRUEGER: We rode through the hurricane in a hunkered down position in the hallway . . .

That’s Sue Krueger. Starting Saturday, she and six other staffers doled out cots and MREs to 66 guests seeking refuge. With no electricity, temps inside the building are making their stay uncomfortable.

KRUEGER: We have one generator that is powering an air conditioning unit.

Patra Rankins is town clerk in Roseland, six miles to the north. A line of cars wrapped around her office building Tuesday as locals waited for pallets of bottled water to arrive. But drinking water isn’t the only problem. There’s no water for bathing. No water for flushing toilets.

That’s why Rankins was hoping for a bigger delivery—a compatible generator to power the town’s water system.

RANKINS: The last I checked, when I was in my car, it was like 99. So it's hot. And we were looking at, especially the elderly community, who has no water. What if a fire happened, and we have no water.

One evacuee from Loranger, La., said the heat has tempers flaring, too.

ASHLEY: They're driving reckless. Yesterday, like instead of using the caution lights as a stop sign because there's no lights, they are going. They're not stopping. Somebody yesterday told me, “Just hit me. Hit me.”

Emotions were also high at the Quick Way in Arcola. It’s a gas station, but pumps had the tell-tale sign of plastic wrapping covering handles. Even so, lines of hopeful cars snaked along medians.

MAN: Need gas for the generator. Got to have it . . . They’re out of gas, you’re saying? Oh, well. Let me go a little further then.

Jared Hahn is under the awning at one of those pumps. He’s a utility lineman, brought in from Kentucky. He and his partner have opened their cooler. They’re making sandwiches. He says the work in Louisiana has unique challenges.

HAHN: The humidity first off and the bugs. We’re not used to bugs up there. So we get somewhat of the humidity, but not enough like it is down here.

Two deaths Tuesday underscore the danger associated with the task of restoring power. A pair of contract workers died from electrocution while repairing the grid in Alabama.

It’s not Hahn’s first time to get called in for disaster relief, but he doesn’t grumble about the work.

HAHN: Very humbling that we get the opportunity to come down here and help, but very difficult for our families, because we’ve got to leave everybody behind. And we don't know how long we're going to be here.

Hahn says he packed for two weeks. But he spent 32 days repairing power lines in Louisiana after Hurricane Laura. That was just last year.

And people are still trying to recover from that storm.

Luther Harrison is a vice president for Samaritan’s Purse. It still has staff on the ground in Lake Charles, working on Hurricane Laura recovery projects. Now they have Ida to contend with.

HARRISON: So Louisiana has always been an area that has been, I guess, prone to a lot of disasters. But we have built some wonderful church partnerships and relationships through these storms.

Harrison says his organization will focus efforts in one of the hardest hit areas—LaPlace. It’s on the east bank of the Mississippi River, right in the heart of the New Orleans metro area.

HARRISON: There will be opportunities for us to cut trees, to tarp roofs, to help families find items that can be salvaged that they've worked hard for throughout their years. And, you know, just to show them that God has not forgotten them . . .

Delaughter believes COVID helped his church learn to be faithful in a time of upheaval.

DELAUGHTER: I found that our congregation just kind of rolled with the punches really well. So I'm honestly kind of expecting the same even as, you know, whatever lies before us in the next three or four weeks.