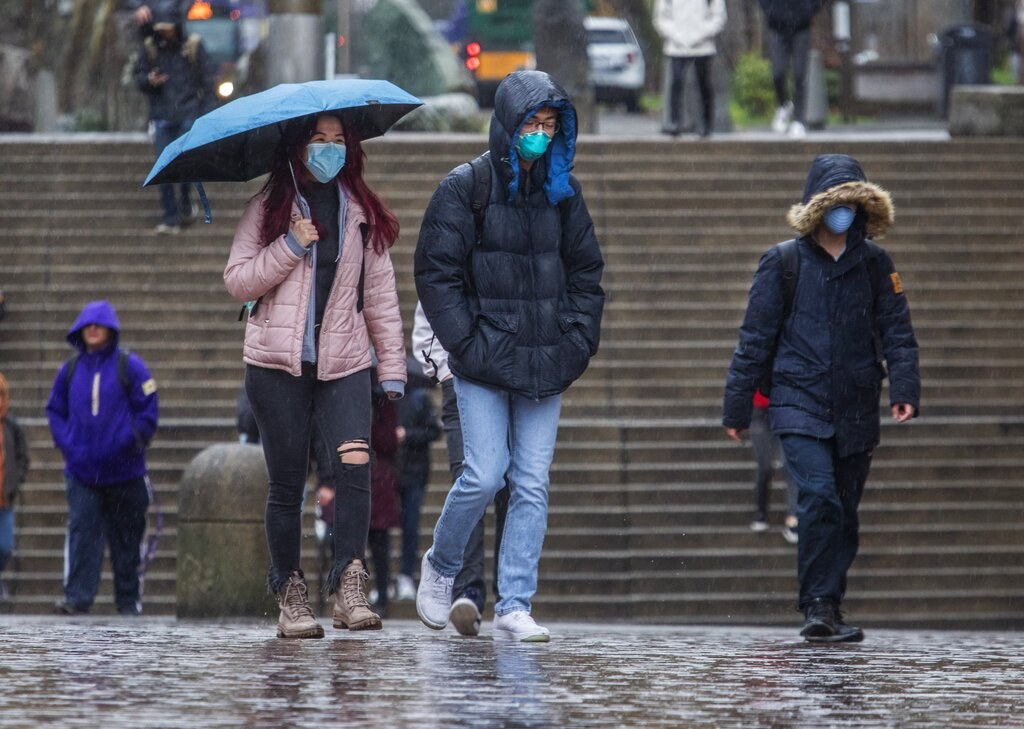 NICK EICHER, HOST: It’s Tuesday the 10th of March, 2020. Glad to have you along for today’s edition of The World and Everything in It. Good morning, I’m Nick Eicher.

EICHER: The number of COVID-19 cases in the United States has spiked in the last week. And fear of the disease is taking a toll on daily life. Nowhere is that more true than in Seattle, where the first Americans have died from the disease.

Schools have closed. Businesses are encouraging employees to work from home. Churches are live-streaming services online. And there’s been a run on necessities at Costco.

BASHAM: WORLD correspondent Jenny Lind Schmitt lives in King County, Washington, just outside Seattle. She joins us now to talk about what life has been like this last week.

BASHAM: Give us a feel for what it’s like to be out and about in the community right now. Do you see a lot of people wearing masks? Are the streets and stores emptier than usual? I did see a picture that you posted on Twitter that showed a basically empty highway during rush hour.

SCHMITT: Right, right. There’s definitely fewer cars on the road for the commute. There are some people wearing masks. Not too many. I think the people that are actually going out maybe don’t feel the need. Although some are. There are fewer people in stores. And there’s kind of an eerie feeling in the grocery stores. People are very—just going about their business not talking so much, not talking to the cashiers. And definitely trying to keep a little bit of a distance and trying to find that polite distance without being rude. But definitely kind of not wanting to be in someone else’s personal space.

BASHAM: Last week, Costco ran out of toilet paper. That really stood out to me as a sign of panic. Have you seen other shortages? I know it’s hard to get hand sanitizer just about anywhere now.

SCHMITT: Right, definitely hand sanitizer. Any cleaning products that have disinfectant or spray or disinfecting wipes, those are just gone. They’re absent. The canned food aisle, you see a dent in it. Things like pasta, things that can last a long time, those have seen a dent. But there’s still plenty of food in the stores. But definitely anything cleaning related—even rubbing alcohol to make your own hand sanitizer, which I was looking into, that’s gone. That’s gone.

BASHAM: How about people you talk to. Are people expressing concern?

SCHMITT: Yeah. I would say most people are trying to find the balance between taking precautions and keeping safe and not taking unneeded risks, but also continuing on with life as normal as much as possible.

But anyone, when you stop and think about it, knows someone who’s part of that more vulnerable demographic that is elderly or has an underlying health concern. And when you think about that, that ok I might be fine, but I could pass this onto someone else it could be really detrimental, then you start thinking a little more about that and like ok how can I be a good neighbor? How can I care about people around me?

BASHAM: It’s interesting. You bring up how can I be a good neighbor. It’s harder when you can’t go out and meet with people. So it makes me specifically think of churches and how the churches in the area are doing. Are they cancelling services? Are they curtailing normal weekly interaction?

SCHMITT: Yeah, about half I know of cancelled services this week and some cancelled indefinitely. The other half have decided to keep worship services but really everything else—youth group, prayer meetings, anything during the week—those are cancelled. My church did have services this week and I would say a quarter to a third fewer people were in the pews. And elders wore gloves to pass out communion. We didn’t pass around the offering plates. And, yeah, but for the most part there was an effort to carry on with life as normal and worship services as normal.

BASHAM: I’m seeing some interesting stories about how different Seattle-based companies are responding to the situation. What’s been your experience of that on the ground?

SCHMITT: Yeah, Microsoft—the biggie—is asking its employees to telecommute until further notice. But something they’ve done that struck me is they have said since the employees aren’t coming to the campus, all the hourly wage contract workers that work on the campus, they’re going to keep paying their hourly wage. Because otherwise they’re not needed—cafeteria workers, people in the cleaning of the buildings.

And then on the other side you see a company like Costco, their corporate offices are here and they said they’re not going to have the corporate people telecommute because the people that work in the stores, their retail employees, cannot do that. And so they want to have solidarity in their company. I thought that was another interesting take on the issue of telecommuting.

BASHAM: Yeah, it’s interesting to see how much domino effect we see in this that you never think about until you’re in the situation. Well, Jenny Lind Schmitt is a WORLD correspondent who lives just outside Seattle in King County, Washington. Thanks for joining us today, Jenny!

(Steve Ringman/The Seattle Times via AP) Students walking onto the University of Washington Friday, March 6, 2020, after it was announced starting Monday, March 9 in-person classes were cancelled due to coronavirus concerns.