Les Sillars: One last visit to the Newseum

WORLD Radio - Les Sillars: One last visit to the Newseum 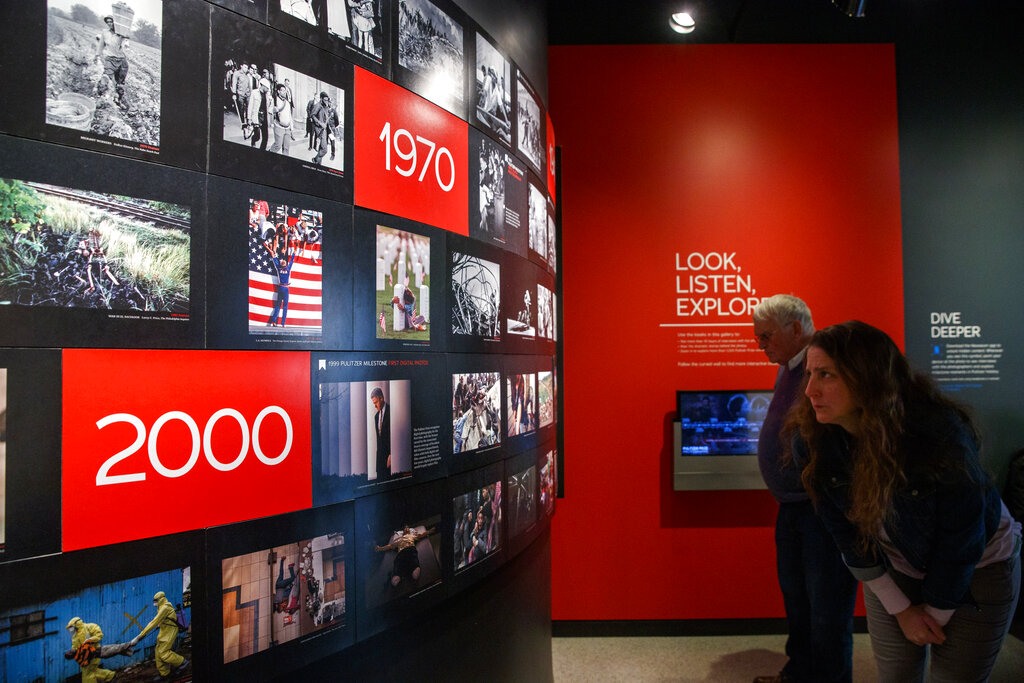 MARY REICHARD, HOST: Today is the last day of December, 2019. Good morning! This is The World and Everything in It from listener-supported WORLD Radio. I’m Mary Reichard.

NICK EICHER, HOST: And I’m Nick Eicher. Today is the last day for the Newseum in Washington, D.C. The $450 million museum of the American news industry opened in 2008. But the facility announced last January that it will close after years of heavy losses.

LES SILLARS, COMMENTATOR: The Newseum was the perfect symbol of the mainstream media. It was huge. It took itself way too seriously and badly overestimated public affection for it. It romanticized the profession while papering over its failures.

I always warned my students about all this. But whenever I took them down there, they seemed inspired.

ADRIANA VON HELMS: My name is Adriana Von Helms and I am a junior at Patrick Henry College. The Pulitzer photos and the 9-11 exhibit was, um, those were the two things that struck me the most, um, I didn’t expect to come to this museum and cry so often.

ANNOUNCER: This just in, you are looking at what is obviously a very disturbing live shot. Apparently a plane has just crashed into the World Trade Center …

Those were my favorite exhibits as well. It had front pages from that day in 2001 and an antennae from one of the towers. In a small, dark room, a video told the stories of a handful of the reporters who were there.

CAMERAMAN: He told me, he says to me, me, the firefighters, and tilt up to the building, which I did … and as I tilted up … REPORTER: And you can see the two towers a huge explosion now raining debris on all of us! We better get out of the way! … CAMERAMAN: I don’t know if I was filming or not. I wasn’t at work anymore. I was running for my life.

In another scene, a TV reporter interviews a woman as she describes watching people jumping from windows to escape the flames. She breaks down. Then he chokes up and hugs her, and then I’m tearing up.

Some of the Pulitzer photos are joyous, like the Olympic champion Jamaican women’s relay team. Others are heart-wrenching, like the vulture eye-balling a famine-stricken Sudanese infant.

ELLE REYNOLDS: We were walking through and there were so many pictures of death and anger and evil and I know that a lot of people look at those pictures and question how there can be a God in a world like that …

This is Elle Reynolds, a junior.

… It was impossible to look at those pictures without kind of feeling that conflict of good and evil and desiring the victory of the good over all the evil in the world and, it was almost hopeful, um, instead of depressing …

A guide told me the Newseum should reopen in a few years in a smaller, less expensive facility. I hope it does, if it helps Christian students like Elle and Lovie Churchill understand their calling.

SILLARS: The question is, what does it mean to be a journalist? … LOVIE CHURCHILL: It means to tell the truth, even when the truth is hard and it’s hard to tell it. I don’t know. SILLARS: That’s good. Ian, …