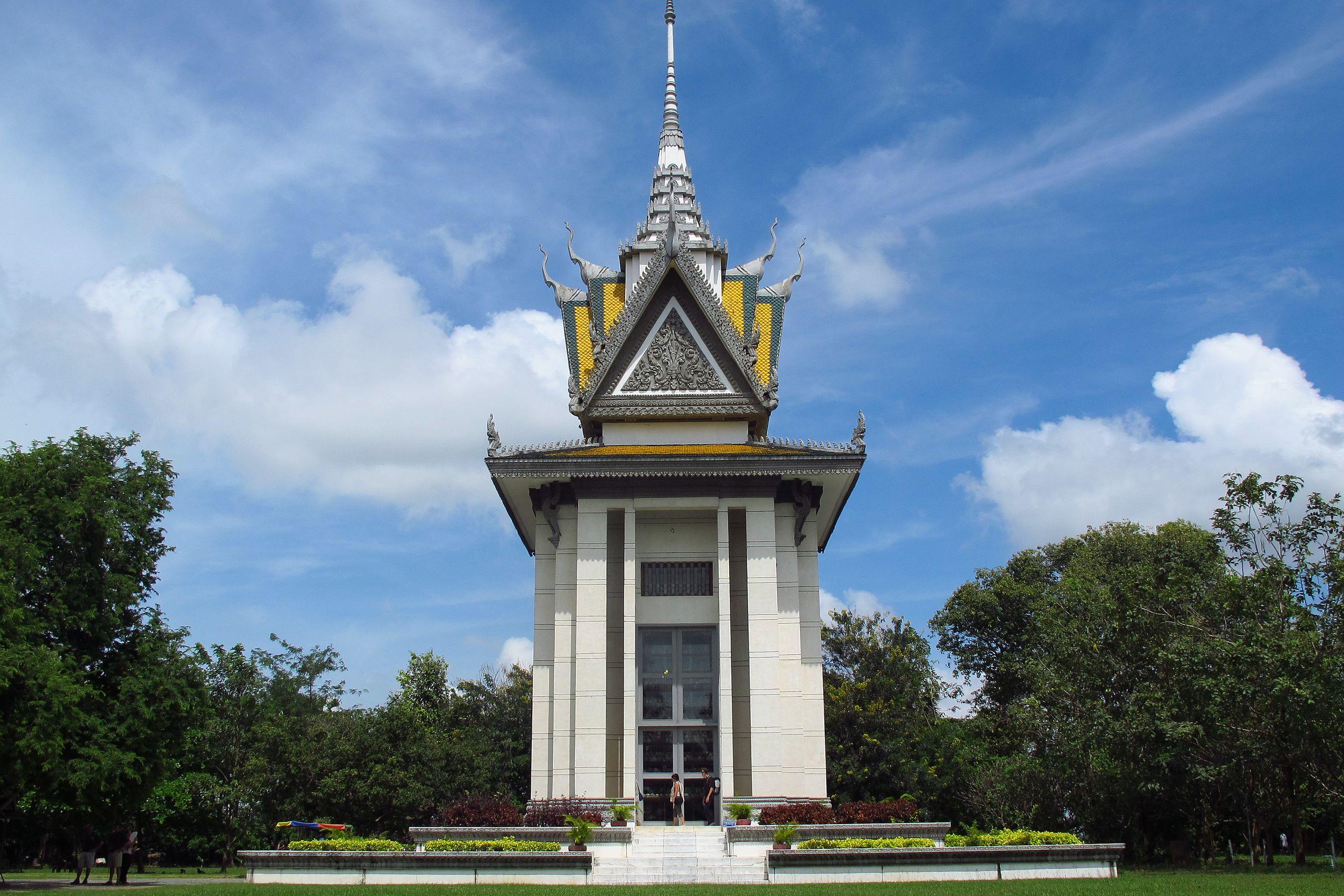 MARY REICHARD, HOST: Today is Monday, January 28th. Good morning! This is The World and Everything in It from listener-supported WORLD Radio. I’m Mary Reichard.

NICK EICHER, HOST: And I’m Nick Eicher. This month marks the 40th anniversary of the fall of Cambodia’s brutal Khmer Rouge regime. That happened in January 1979.

WORLD Radio commentator Les Sillars says we shouldn’t forget the Khmer Rouge because our own culture seems determined to copy its worst ideas.

LES SILLARS, COMMENTATOR: I visited Phnom Penh in 2014 and stepped inside the famous Buddhist stupa at Choeung Ek. That’s the memorial site of the infamous Khmer Rouge killing fields.

I stared up at row after row of human skulls stacked behind glass. It was haunting.

Then we went to Tuol Sleng, the regime’s most terrifying prison. There I saw more skulls—in cases and photographs, singly and in piles. They all testified to the work of the most totalitarian rule the world has ever seen.

A man named Pol Pot[JD1] led the Khmer Rouge. From April 1975, when his government took control, and January 1979, the regime murdered about 1.7 million Cambodians. Execution, overwork, starvation, and disease ended the lives of one quarter of the population.

Apparently, Pol Pot had read Orwell’s 1984 for all the wrong reasons. He turned his brand of socialism into a national religion, enforced by a revolutionary organization called “Angka.” Think of it this way: The philosophy of Mao implemented with the violence of Stalin, the legalism of Pharisees, and pretensions to the omniscience of Big Brother.

Pol Pot believed that with enough force he could create the “new socialist man” and mold society into any collectivist shape he chose.

But instead of utopia, Pol Pot turned Cambodia into one big forced labor camp. He emptied the cities and smashed every Cambodian institution—family, church, government, business. Nothing was left but Angka, his enforcers. And all that mattered was revolutionary consciousness.

That ideology led Pol Pot to declare, “We absolutely must implement the slogan of one against thirty.” That is, one committed Khmer Rouge soldier could kill 30 Vietnamese before dying in battle. Thus 2 million Cambodians could easily wipe out 50 million Vietnamese and—quote—“we would still have six million people left.”

As George Orwell portrayed in 1984, reality exists only in the mind of the Party for people like Pol Pot. As one character put it, “Whatever the Party holds to be truth, is truth … that is the fact you have got to relearn, Winston.”

And that was the lesson of Tuol Sleng, the prison I visited. Pol Pot believed Angka was infallible, so clearly the country was falling apart because of traitors and spies. Of the 14,000 people sent to Tuol Sleng, Angka tortured to death or executed all but 12 prisoners. They did that to extract absurd confessions of treason, then killed the prisoners anyway.

Grace was not just foreign, it was counter-revolutionary. And if you’re building utopia, you can justify mass murder.

I think about Tuol Sleng sometimes in this crazy, upside-down culture we live in. Christians here are in little danger of torture—as they are elsewhere in the world. But the Khmer Rouge remind us that the Father of Lies wants us to affirm things that are obviously false, and that the end of those things is death.

If you pretend that men can be women, that babies aren’t people, that morality is an illusion, that political opponents don’t deserve to exist, and that God doesn’t matter, eventually that’s what you get: lots and lots of skulls.