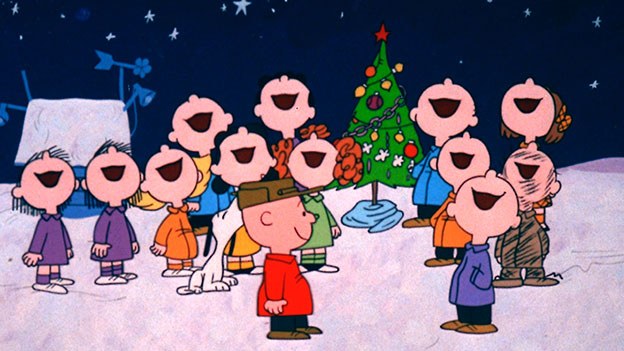 NICK EICHER, HOST: Today is Tuesday, December 17th. Good morning! This is The World and Everything in It from listener-supported WORLD Radio. I’m Nick Eicher.

MARY REICHARD, HOST: And I’m Mary Reichard. A listener in Maryland recently sent us a note. Her name is Diana, and she made the observation that Christian radio stations seem to play more and more secular music—in place of songs about the birth of Christ.

He’s been thinking about it for quite awhile now and he has this response.

LES SILLARS, COMMENTATOR: Dear Diana: I hear you. My Christian station can jump from “Silent Night” to “Santa Baby” without missing a beat.

The casual juxtaposition says we shouldn’t take any of this too seriously. It says that a few stanzas of “Joy to the World” is long enough to spend contemplating the eternal mysteries of the Incarnation—say, three minutes. Then it’s time for more chirpy banter from the hosts and yet another ode to holiday romance from a CCM celebrity.

All this might have to do with the famous question young Virginia O’Hanlan posed to the editorial writers of the New York Sun in 1897. “Please tell me the truth,” she wrote. “Is there a Santa Claus?”

Yes, Virginia, came the reply. There is a Santa Claus. He “exists as certainly as love and generosity and devotion exist.” The strongest man cannot tear the veil that hides the unseen world. The Sun said—quote—“Only faith, poetry, love, romance, can push aside that curtain and view and picture the supernatural beauty and glory beyond. Is it all real? Ah, Virginia, in all this world there is nothing else real and abiding.” End quote.

Christians then had no objection to that answer, laced with Biblical allusions. It seemed a worthy response to a skeptical age, in line with Dickens’s “A Christmas Carol.”

That 1843 story delivered a Christian message of Scroogian transformation through faith, even if the object of this faith was a little unclear. And in 1950 C.S. Lewis included Santa in his first Narnia novel as a symbol of hope in the midst of winter, a harbinger of Aslan.

Today nobody is asking if Santa is real. He’s way too real. You can’t get away from the guy, but he’s not the same Santa.

Dickens turned Scrooge into Santa, and then we turned Santa back into Scrooge. Today’s Santa is a grasping, scraping, clutching, jolly old elf, soft as a dinner roll. But he doesn’t covet money. He drains emotion from our souls and leaves us collapsed and dizzy, like Frosty the Snowman after a warm spell.

It shouldn’t be like this. We need mystery in our lives to point us to the transcendent—to the Incarnation. But today’s Santa buries the Incarnation under an avalanche of nonsense and claptrap. So instead of singing “Hark!” we’re humming “Grandma Got Run Over by a Reindeer” as we set up our life-sized inflatable Darth Santa lawn ornament.

So, Diana, this year let’s keep Christmas transcendent, you and me. Well, you and me and Linus.

CHARLIE BROWN: Isn’t there anyone who knows what Christmas is all about?

LINUS: Sure, Charlie Brown, I can tell you what Christmas is all about. Lights, please. And there were in the same country shepherds abiding in the field, keeping watch over their flock by night. And, lo, the angel of the Lord came upon them, and the glory of the Lord shone round about them: and they were so afraid. And the angel said unto them, Fear not: for, behold, I bring you good tidings of great joy, which shall be to all people. For unto you is born this day in the city of David a Savior, which is Christ the Lord.