Lending a hand to Pakistanis

Record floods have displaced more than 600,000 people in Pakistan 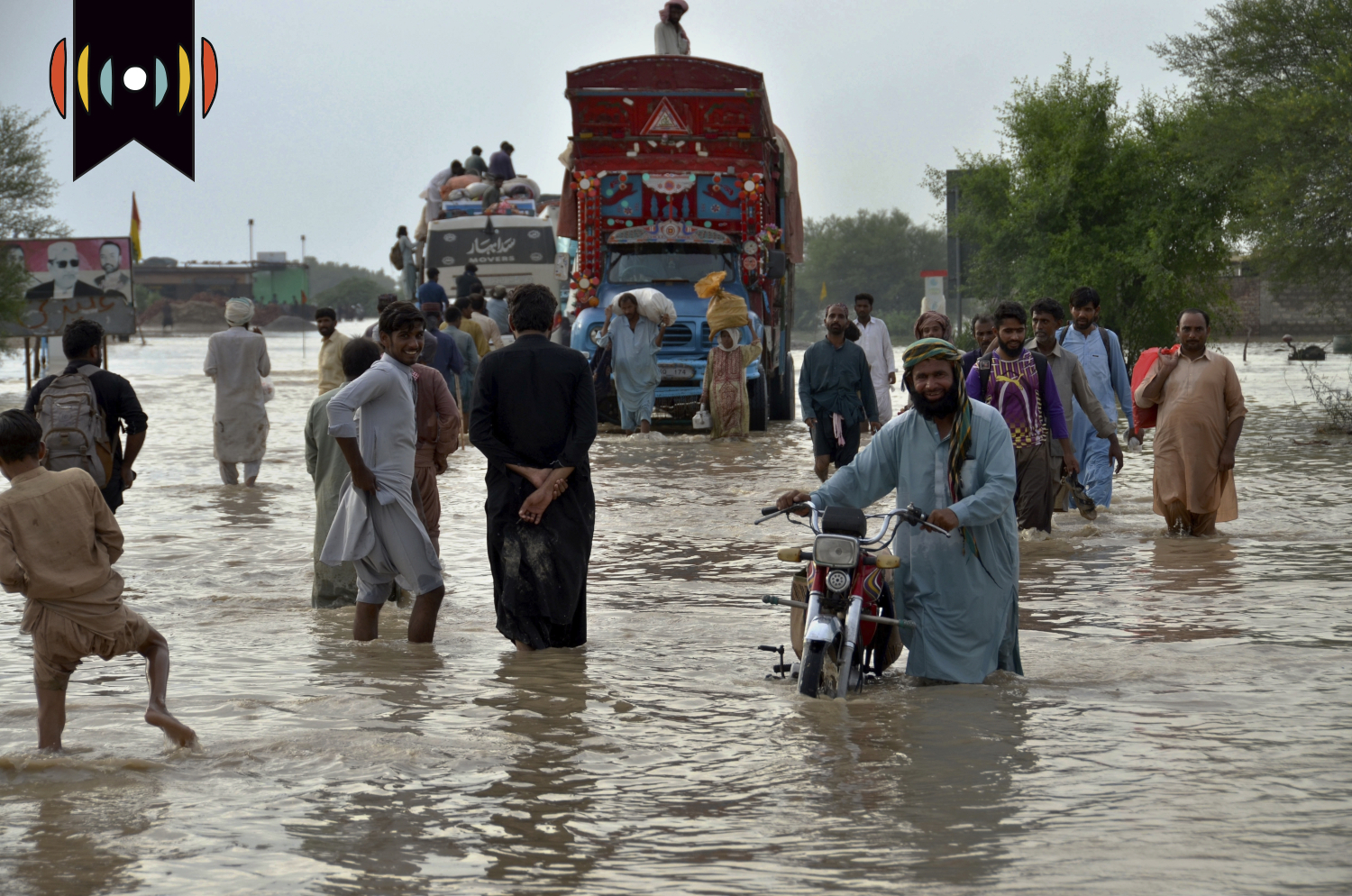 NICK EICHER, HOST: Coming up next on The World and Everything in It: flooding in Pakistan.

That country is reeling from record floods that hit this year. More than 600,000 people have been displaced and nearly 1,500 killed.

MARY REICHARD, HOST: Aid is now flowing into the country. Some Christian aid groups are also stepping into the fray to lend a hand in what is sure to be a long-haul crisis. WORLD’s Onize Ohikere reports.

ONIZE OHIKERE, REPORTER: A pastor in Pakistan’s worst-hit Sindh province watched as the floodwaters rose inside his home and the church, up to six feet high.

He is now one of more than 33 million people directly affected by the flood.

The Rev. Maqsood Kamil is with Pak Mission Society.

KAMIL: The wife of the pastor was suffering from some, you know, flood-related sickness as well. They had to be rescued and they're living in some other person's house.

The disaster left hundreds of thousands of people out on the streets and in makeshift shelters. Pak Mission’s Jabran Gill ran into several of them on the roadside while distributing aid across Sindh. His team stopped to help.

Recovery efforts are underway. Engineers and troops reopened a major highway between the city of Quetta and Sindh, hoping to get more aid to survivors.

The United Nations children’s agency has also set up a temporary tent school in the city of Khairpur in Sindh, drawing about 200 children. Officials hope the lessons in language and drawing would help the children deal with the trauma.

GUTERRES: I have simply no words to describe what I've seen today. A flooded area that is three times the total area of my own country, Portugal.

The United Nations and other countries like the United States have sent in more than 100 planes loaded with aid. The U.S. alone committed $30 million dollars in humanitarian assistance. One long-term concern is whether Pakistan’s agrarian economy can recover from the decimation of crops and livestock. Vedant Patel is a spokesman for the U.S. State Department.

PATEL: More than 1 million homes have been damaged or destroyed and nearly 735,000 livestock, a major source of livelihood and food, have been lost."

KAMIL: Once the water’s subsided, we will be working on people’s livelihood, their rehabilitation, their you know, house buildings and other related stuff, you know, what is needed for rehabilitation.

Meanwhile, the World Health Organization warns of a second wave of disaster caused by mosquito- and water-borne illnesses. Hundreds of people are turning up at field clinics for treatment for malaria, Dengue fever, and intestinal illnesses. Water Mission has delivered water treatment systems and purifying sachets to its local partners..

GREENE: Each one of these packets that you see here can treat 10 liters of water. And I believe were shipped with over 300,000 packets as a part of the initial response as well.

Water Mission served in Pakistan after flooding in 2007, so Greene understands they are still in the first stages of intervention. But longer-term support also provides more opportunities for ministry in the Muslim-majority nation.

It happened during their last response.

GREENE: They attributed the water projects that were with that for allowing them to ultimately plant 500 churches, 1500 leaders, four schools, two women vocational centers, and lots of people going to heaven because of the first effort and initiative.

Greene says it also provides an opportunity for a holistic outreach that serves in word and deed.

GREENE: When you think about going in and meeting a physical need, when somebody is hanging on by a thread, you know, the question comes up, why are you doing this? And that gives us a chance to, to talk about the faith we have.