Legal Docket - What is violent crime?

The Supreme Court is seen at dusk in Washington on Oct. 22, 2021. J. Scott Applewhite/Associated Press Photo 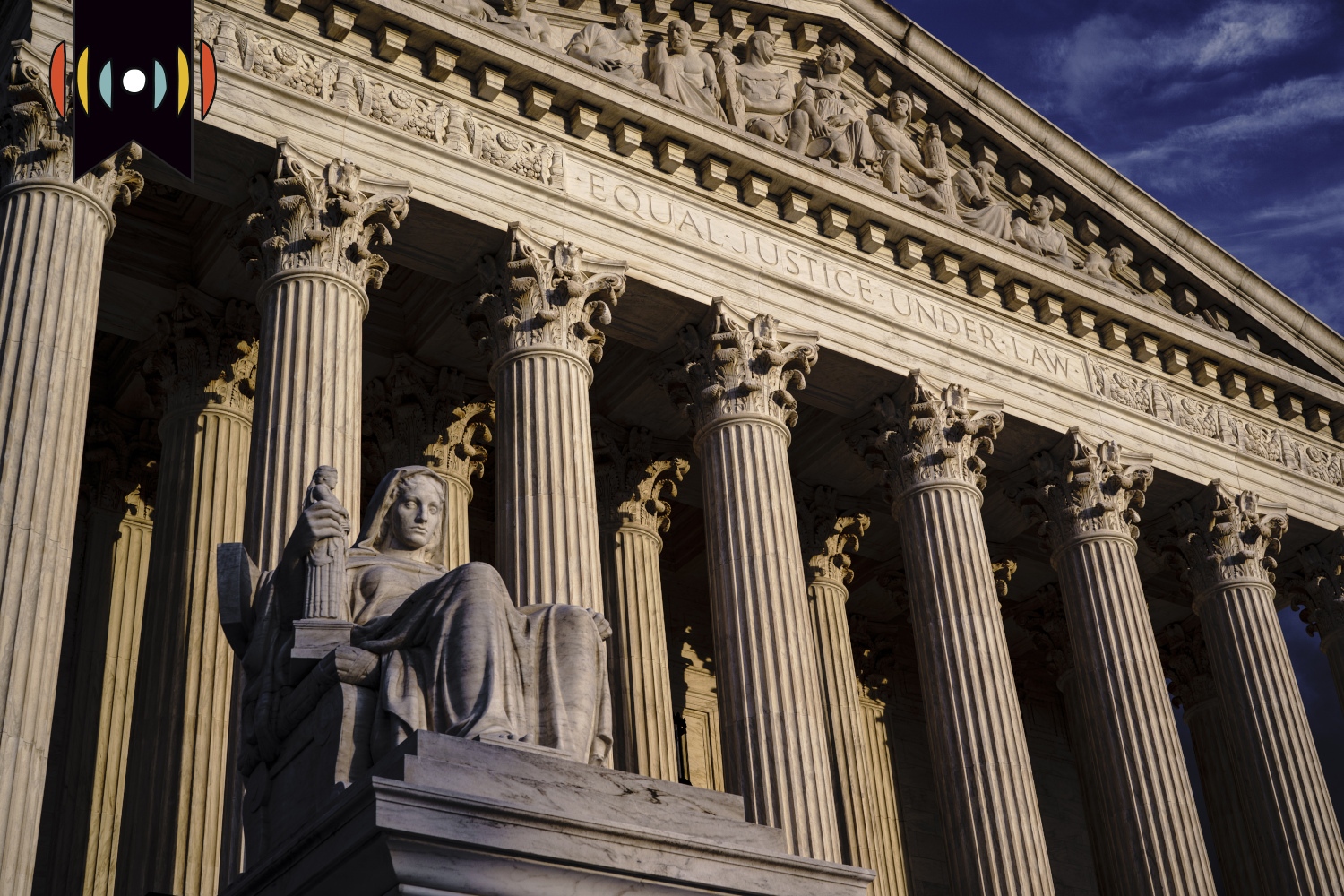 NICK EICHER, HOST: It’s Monday, January 3rd, 2022! A brand new year and we’re so glad you’ve joined us today for The World and Everything in It. Good morning, I’m Nick Eicher.

We first want to note the death of a lawyer whose work 50 years ago is front and center at the Supreme Court this term.

EICHER: Weddington died in her sleep the day after Christmas at age 76.

She was only 26 years old in 1971 when she became the youngest person to argue a case before the U.S. Supreme Court.

Here’s a clip from the December 1971 oral argument. Justice Byron White had asked Weddington about whether abortion should have gestational time limits. He also asked about the constitutional basis to permit abortion.

Here’s how she answered.

WEDDINGTON: The Constitution, as I see it, gives protections to people after birth. It's also interesting that our statutes, the penalty for the offense of abortion depends on whether or not the consent of the woman was obtained prior to the procedure. It's double if you don't get her consent. Obviously, in our State, the offense is not murder. It is an abortion, which carries a significantly lesser offense even though the state in its brief points out the development of the fetus in an eight-week period, the same State does not require any death certificate, or any formalities of birth. The product of such a conception would be handled merely as a pathological specimen.

In 2003, Weddington told Texas Monthly she was sure that upon her death, her obituary’s lead paragraph would refer to the landmark case she argued. She’d thought that over time, abortion rights would be accepted by society.

EICHER: Clearly. The Roe decision divided national politics deeply. It galvanized the pro-life movement. A half century later and after more than 60 million unborn people lost to abortion, the Supreme Court this term takes on a direct challenge to Roe. The justices will decide whether Mississippi’s ban on abortions after 15 weeks’ gestation can stand. That’s long before the viability standard set by Roe, around 24-25 weeks gestation.

First, the meaning of the phrase “violent crime.” Turns out, that phrase can mean different things depending on which statute we’re talking about. And when the difference means additional prison time, criminal defendants will challenge which meaning is applied to their crimes.

EICHER: Justin Taylor is one of those people. Back in 2003, Taylor and an accomplice hatched a plan to steal money. They decided to target a man who bought illegal drugs from them in Richmond, Virginia.

Instead, the accomplice pulled a gun on the buyer and demanded even more than the two had planned. Things unraveled quickly. The target refused and resisted the demand, so the accomplice shot and killed him—and then fled without the money.

REICHARD: It wasn’t long before police caught them.

As part of a deal, prosecutors didn’t charge Taylor as an accomplice to murder. He did receive convictions for conspiracy to commit a certain kind of robbery and for using a firearm to carry out a crime of violence.

The dispute here is over a statute called the Hobbs Act. It says robbery is taking someone’s property through “actual or threatened force.”

The government says even an attempt to rob fits into that language.

But Taylor’s lawyer argues that a mere attempt to rob cannot be a crime of violence. Lawyer Michael Dreeben says the government’s argument cannot stand:

DREEBEN: It argues that attempted threats are attempted uses of force, positing a meaning of "use of force" that contradicts this Court's cases. It argues that the robber on the way to the target has already threatened force, adopting a definition of "threatened" that is foreign to criminal law, appears in no case, and has never been used before.

The justices threw out hypotheticals trying to figure out what is a threat versus an attempted threat.

Listen to this exchange between Chief Justice John Roberts and Taylor’s lawyer Dreeben.

ROBERTS: This discussion actually reminded me of a scene in a Woody Allen movie -- I -- I don't remember which one it was, but you might -- where the robber walks into the bank, hands a note to the teller, and the teller reads it and says: Give me the money, I have a gub. And -- and the robber says: No, it's gun, I have a gun. And she says: No, that's definitely a "B," and -- and -- and then goes and asks the teller next to her, is this a "B" or a -- and so that's a "B". And I think the guy just leaves. I mean, which -- how do you analyze that?

DREEBEN: So that -- that would actually be a substantive violation of the Hobbs Act if Take the Money and Run --

ROBERTS: Is that what it was?

DREEBEN: -- could -- could -- yes, it would, because that would have been a threatened use of force. Now it probably would be an attempt if he walked out without the money, and that -- but that would be -- you know, if he made the threat and got money, it would be a crime. If he makes the threat and he doesn't get money because they can't read the note, it could be prosecuted as an attempt. But not all Hobbs Act attempts involve the actual communication of the threat.

I think most of the justices leaned in Taylor’s favor. Justice Clarence Thomas reviewed the facts—illegal drug dealing, attempted robbery, the fact the customer died of his gunshot wounds. He seemed to doubt the government’s arguments in this exchange with the government’s lawyer, Rebecca Taibelson.

THOMAS: Well, it just seems that if you look at the actual facts and you consider your argument, there's a bit of a look -- "through the looking glass" feel to this case.

TAIBELSON: I couldn’t agree more, Justice Thomas. It’s almost like angels dancing on the head of a pin.

KAGAN: I mean, suppose -- suppose that, you know, the guy goes in, and maybe he has a fake gun, maybe he just has a note saying "I have a gun, give me your money or I shoot," but he doesn't have a real gun, and some confederate of his calls the police department and says he's going to go rob a bank. And so the police department gets on its, you know, horse and -- and -- and apprehends him actually before he even goes into the bank. Are you saying that there's no crime here?

TAIBELSON: Your Honor, I think there -- there may be a crime there, depending

Justice Samuel Alito tried to get at the problem this way:

TAIBELSON: I don’t think there is such a thing as a non-threatening attempt to threaten under the Hobbs Act, if that makes sense.

I don’t think the government is going to win this one.

This final case today is about immigration law. Specifically, what sorts of decisions from immigration judges can regular courts review?

This case revolves around a man from India who has lived and worked in the United States for 30 years under a work visa. When he arrived in 1992, he didn’t go through the formal process called inspection, meaning, he didn’t apply for admission to see if he could lawfully enter the country.

In 2008, he applied for a driver’s license in Georgia and checked the box that said, “US citizen.” Now, he isn’t an American citizen, but the man says he wasn’t trying to dupe anyone. It was just a mistake.

That came back to haunt him. In 2012, the government tried to deport him because he hadn’t completed inspection and because of that false statement on the driver’s license application.

So now the question is whether federal courts can review an immigration judge’s decision that he isn’t eligible for relief from deportation.

The federal government actually agreed with the man that courts should be able to review the immigration court’s decision in this situation. So the Supreme Court appointed another lawyer just to argue that such review is not permissible.

KAVANAUGH: We don’t usually have the government coming in in an immigration case through four administrations and saying, ‘we want courts to review issues…’

I do think the man will get to stay in the United States, given his record and the tenor of the questions from the justices.

But, as we all know, the immigration laws need to be fixed by Congress, and the sooner the better.