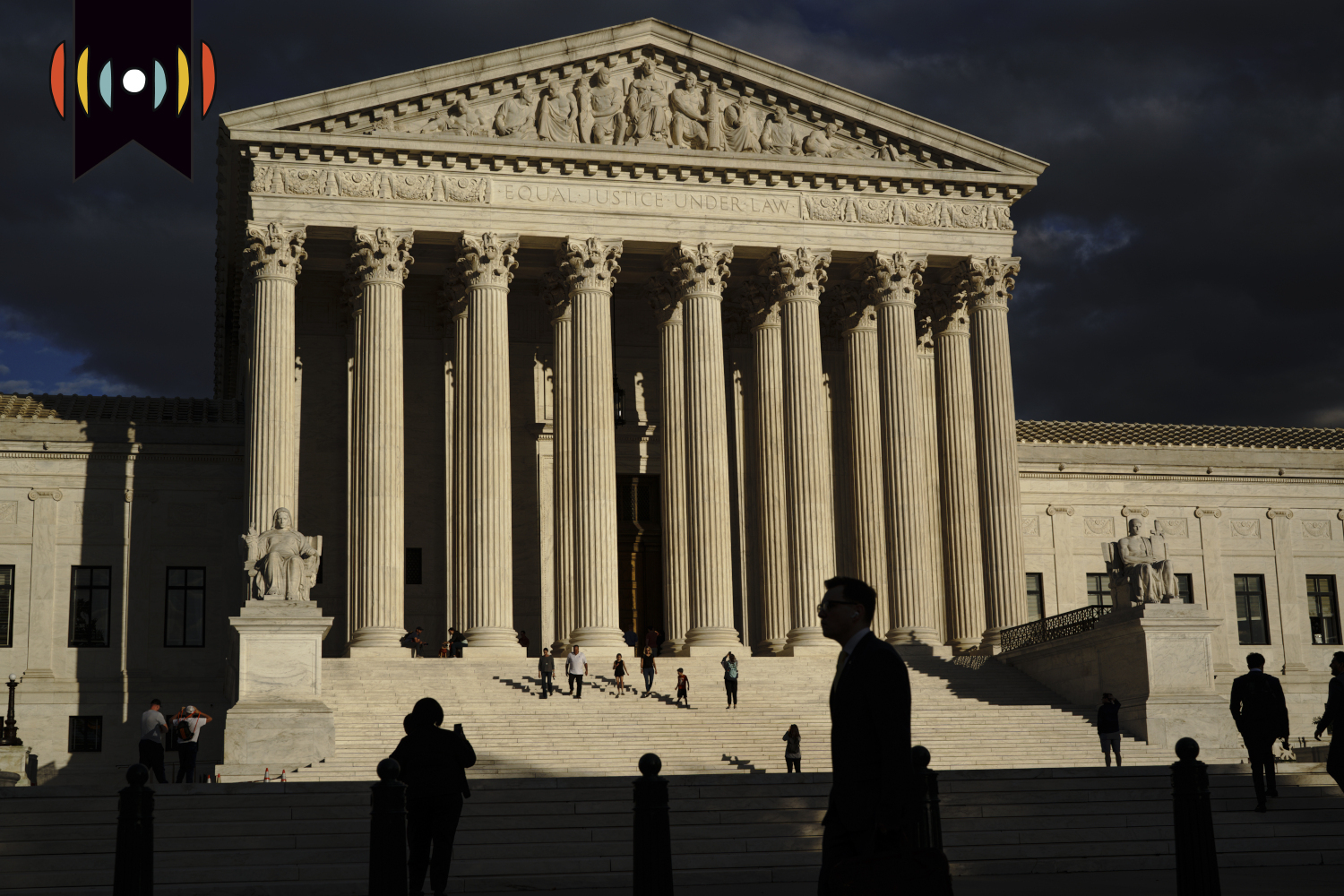 MARY REICHARD, HOST: It’s Monday, April 18th, 2022. This is The WORLD and Everything In it and we’re so glad you’ve joined us today. I’m Mary Reichard.

Today, one oral argument the U.S. Supreme Court heard last month, the outcome of which will affect hundreds of thousands of people who serve in the military.

REICHARD: The army deployed Torres to Iraq in 2007. His military base, like many others, smoldered continuously with trash burned in open-air pits. Much more than trash—it also contained human waste, amputated body parts, plastics, ammunition—that and more filled the air with thick smoke.

Soldiers inhaled that noxious mix, as did Torres. He was honorably discharged after a year of service and developed serious lung problems.

EICHER: When he returned home, he faced new problems with his job and so he asked for a different one, citing health limitations.

Federal law requires employers to restore the same or a similar job to a returning service member.

But DPS only offered him his old job as state trooper on a temporary basis and said they’d fire him if he didn’t do it.

REICHARD: And some years later, he sued for job discrimination under that federal law that protects the jobs of returning military members.

Listen to his lawyer before the Supreme Court, Andrew Tutt:

TUTT: Captain Torres went to war, and when he came home, he brought a piece of the war with him, and if he had been a member of the local sheriff's department or a U.S. marshal or worked for any other employer, he would have been able to sue to vindicate his rights. But, because he worked for Texas, he had no cause of action. The war powers do not—do not countenance that result. It's not right. We're asking this court to make it right.

In other words, the DPS (as agent of the state of Texas) asserted its sovereign immunity against lawsuits like this one. Lower courts agreed and dismissed the case.

Torres’ lawyer mentioned the war powers. Where does that come in? Well, it dates back to America’s founding.

Justice Stephen Breyer made mention that George Washington and other leaders were fed up with how the states mistreated the Continental Army during the Revolutionary War. The states wouldn’t pony up money or manpower, and they imposed unfair taxes on servicemen.

So these leaders negotiated with the 13 states to divvy up power between the federal government and the state governments.

Arguing for DPS, Texas Solicitor General Judd Stone characterized the deal back then this way. Note I’ve edited for time.

STONE: …they gave away certain parts of sovereignty, including the ability to raise Armies, to declare war, et cetera… -- at minimum, the states have retained their prerogative not to be sued which isn’t conventionally considered a war power in some sense…

So it wasn’t a whole-hog giveaway of state power, he argued.

True, Article I, Section 8 of the U.S. Constitution does give Congress the power to “raise and support Armies” and “provide and maintain a Navy.”

Justice Stephen Breyer seized the gravity of it all:

BREYER: This has the potential of being a pretty important case for the structure of the United States of America. The war power is not copyright, and it is not the Indian Commerce Clause. It is, and, you know, as Lincoln said, will this nation long endure? We hope it is never necessary, but maybe that question will come up, okay? Now you see why I think it’s very important.

You may wonder how we went from one veteran’s claim for job discrimination to a justice of the Supreme Court asking if the nation will long endure.

A brief filed in support of Torres may well explain it. The Reserve Organization of America points out that protecting jobs for veterans boosts recruitment, retention, and morale of our fighting forces. And that’s essential for a nation to “long endure.”

Justice Breyer referenced the Broadway play Hamilton to remind everyone of the mindset of the Founders, vis-a-vis King George:

BREYER: -- in the play, they say -- George the Third says: They'll be back. Wait and see. They'll come crawling back to me. And that was in the Framers' mind, though not the music.

So if the federal government’s concern is to raise an army, and it needs to encourage willing participation …why not make states defend themselves against claims of job discrimination?

Lawyer Stone for DPS saw no such connection:

STONE: There is no evidence that the Founding generation saw the power to expose states to private lawsuits as inextricably intertwined with warfare or that the states intended to be sued without their consent by giving Congress the power to raise an Army. Without such compelling evidence, Torres cannot prevail…

The Supreme Court’s made some exceptions to the general rule that states have immunity from private litigation.

A foot in the door, so to speak.

For example, job discrimination based on race, color, religion, sex or national origin. No state immunity for those things. And more.

That led Justice Brett Kavanaugh to spot inconsistency in the argument of the DPS:

The quintessential question in the law: what is the limiting principle? Just how far does that “war power” go?

Justice Samuel Alito imagined a ridiculous scenario that could involve potholes. After all, the national highway system was created out of the war powers of Congress.

ALITO: So would that mean that Congress could authorize individuals to sue states for failing to maintain highways properly or failing to patrol them properly?

Justice Neil Gorsuch brought the argument around to the great American separation of power between the federal government and the states.

GORSUCH: And so I guess I am wondering what are the limits? …-- the broader you argue for the war powers of the United States, the broader the consequences are for federalism…

Federalism, that fought-over balance of power. Still debated to this day.

Also arguing in support of Torres, the federal government. Government lawyer Christopher Michel pointed out that of America’s two- million-person military, nearly half of them are Reservists and National Guard members.

MICHEL: They've never been more important to the military than they are right now. And one of the first questions that people like that will ask when they're considering whether to join the military is, well, do I get to keep my job? Does my employer have to let me take leave for training exercises or be deployed? And it really does matter in the real world for the Army to be able to tell them, “Yes, your employer does have to do that.”

TUTT: The purpose of sovereign immunity is to protect liberty and the local autonomy of the states, their democratic accountability. But in the area of war, it is only by vesting the war powers exclusively in the federal government that liberty can be protected in the way the Constitution intends. The Constitution did not intend to protect an abstract sovereign immunity of the states when it would cost the liberty of individual citizens. The war powers do not favor a peacetime draft over the encouragement of volunteers to put their bodies and their lives on the line in our military.

The justices are left to decide the scope of Congressional war power and the plight of war veterans.

For his part, Army Captain LeRoy Torres and his wife founded Burn Pits 360 to help service members injured by those burn pits.

Meanwhile, a measure approved in the House of Representatives called Honoring our Pact Act is now under consideration in the Senate. It would put up to $300 million to help pay for treatment of injuries endured by soldiers like Torres.

He is a sympathetic figure, and I see wide appeal for his cause all across the ideological spectrum.