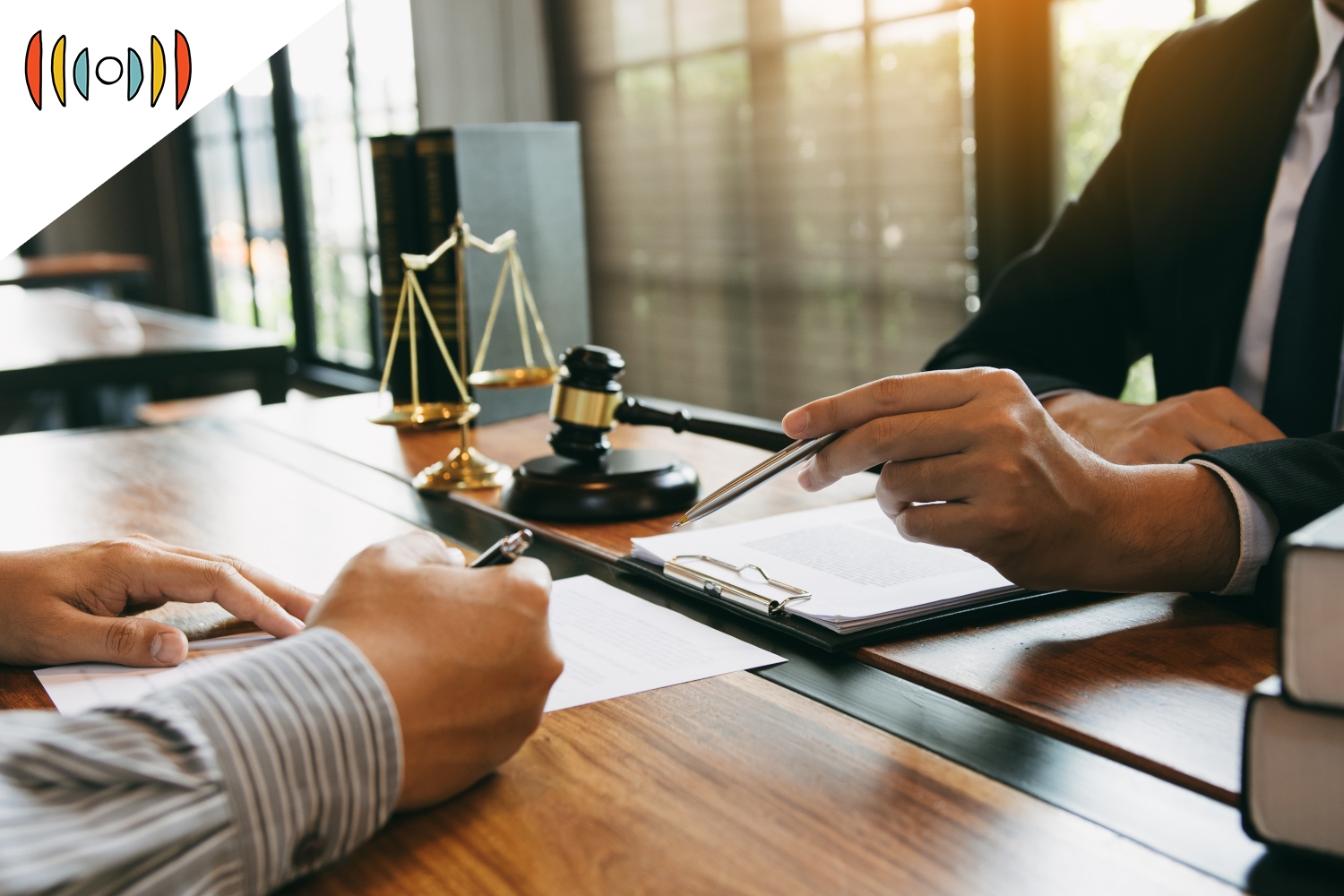 NICK EICHER, HOST: It’s Monday, October 4th, 2021 and we’re glad you’ve come along with us for today’s edition of The World and Everything in It. Good morning. I’m Nick Eicher.

Today, the U.S. Supreme Court is back in action. This being the first Monday in October when the high court always begins a new term.

EICHER: It’s the 232nd year of operation for the court.

And as has been our practice—we’ll touch on every single oral argument the justices hear. That way if you follow along, you’ll know a little something about everything!

REICHARD: Right and that’ll start next Monday after I’ve had time to analyze the cases.

The court announced a difference in how it’ll conduct oral arguments. All last term, arguments were by phone, because of Covid. But today through at least December, the court will hear oral arguments in person, in the courtroom, with the justices, lawyers, essential personnel, and the press.

EICHER: Right, but not open to the public. Not yet.

And another change is the argument procedure.

Phone arguments were quite orderly. The Chief Justice called on each associate justice by name with a dedicated time for that justice to ask questions.

REICHARD: And that was great because we got to hear from Justice Clarence Thomas. He once went ten years without talking from the bench! He told C-Span back in 2009 why he didn’t like the open-floor, free-for-all method of justices interrupting the lawyers, taking up a lot of the time.

THOMAS: I think it's an opportunity for the advocate, the lawyers to fill in the blanks, to make their case to point out things, perhaps that they were not covered in the briefs or to emphasize things or to respond to some concerns, that sort of thing. In other words, to flesh out the case a little better. I think it's hard to have a conversation when nobody's listening. When you can't complete sentences or answers. Perhaps that's a southern thing, I don't know.

EICHER: So now it’ll be a hybrid. Not quite a southern thing, not quite a northern thing, maybe we’ll call it a midwestern thing: a little formality and a little free-for-all.

REICHARD: I like it: Each justice will ask questions in order of seniority, with some time for the old style, free-flowing argument after that that we’re all used to.

Alright, on to today’s topic: The American Bar Association and its role in legal education.

A listener alerted me to some problems in the way law schools are run. He sent me a blog post by Mark Pulliam, who practiced law for 30 years. He writes about the ABA’s influence over law schools. Pulliam was a member of the ABA for a while and also wrote for the ABA Journal. His blog is called Misrule of Law: A Chronicle of Legal and Judicial Mischief. He’s also contributing editor for City Journal.

To start, I asked why law school education should even matter to the average person.

PULLIAM: Well, the legal profession is a very important force in our society. The lawyers have influence, both as lawyers, and then oftentimes they gravitate and become legislators. They get appointed to be judges. And if we are training instead of a cross section of competent and ethical lawyers, we're training a cadre of social justice warriors, well, those social justice warriors someday may be legislators, they may be judges, and even lawyers.

Pulliam gave a recent example of how this bias manifested:

PULLIAM: So recently, for instance, we have this group of people arrested for trespassing at the Capitol on January 6. Not a single law firm in America has stepped forward and volunteered to represent any of these people pro bono. Whereas when we had a bunch of terrorists holed up in Guantanamo, the big law firms nationwide, particularly Wall Street firms, were lined up to provide pro bono legal representation.

So when we have a very influential, very powerful industry, like the legal profession has become, and it's all skewed in one direction, it upsets the political balance in the United States, and is not healthy for our republic.

I asked the ABA to respond to Pulliam’s points. No one agreed to talk to me. One of its media relations people emailed me ABA talking points and the transcript of a meeting.

Neither document countered what Pulliam told me.

The ABA person then referred me to someone at Law School Transparency, who called Pulliam a “political hack” and “unserious.” But the transparency department was unwilling to talk on-air.

So, back to basics. What are law schools supposed to be doing? Again, Pulliam:

Then how is the ABA involved in educating future lawyers?

PULLIAM: The important thing is people attend law schools in order to be able to take a bar examination and practice law. And in virtually all of the 50 states, the state supreme courts in those states, which are in charge of regulating the practice of law, require people to have graduated from a law school accredited by the ABA in order to sit for the bar exam. And conversely, since law school has become very expensive, the US Department of Education only permits federally insured student loans to be used at schools accredited by the ABA.

PULLIAM: And the curriculum was very much devoted to teaching nuts and bolts with the goal of having graduates be able to pass the bar examination and go directly into practicing law. Since then, for a variety of reasons, law schools have become similar to graduate schools in the humanities. A lot of the curriculum is devoted to theoretical subjects like you'd expect to see in a sociology department. Now the ABA is not primarily responsible for these changes, you know, these changes are a result of a lot of influences, and it's a complicated subject. But what the ABA has done is certainly steered the boat in that direction.

Pulliam said the way the ABA has done that is to change the formula used to accedit schools. In the past, accreditors assessed things like whether the school had sufficient library materials and whether the faculty is competent to educate students.

PULLIAM: Now, social justice and other types of considerations have crept into their mission. And they are no longer concerned with just quality assurance. And now they are requiring that the student body be diverse and inclusive, that now even the faculty has to be diverse and inclusive, that certain types of social justice courses must be taught in order to prepare students to practice presumably in a diverse world.

But people don't hire lawyers to be diverse. People hire lawyers to solve their problems and to represent them in court. So I think these accreditation standards are really being used to turn law schools into even more of this leftist agenda than they would otherwise have.

The ABA’s media person criticized one of Pulliam’s blog pieces, saying he got it wrong about who has final say over setting standards for law schools.

This person noted that the Department of Education recognizes one part of the ABA as sole accreditor of American law schools that grant the Juris Doctorate degree. It’s called the Council of the ABA Section of Legal Education and Admissions to the Bar. Pulliam didn’t make that distinction in one of his blogposts.

Pulliam says it’s true and he could have made that delineation more clearly. Still, he says the people on that council are very much insiders.

PULLIAM: So the idea that there's some legal distinction or distinction in terms of viewpoint between this counsel and the section, or the overall point of view of the ABA, I think is illusory, that they have to maintain a certain degree of separateness in order to conform to the requirements of the Department of Education. And they do that basically in name only. That a group of people elected by members of this section that are run by the officers of the section who are nominated by people chosen by this section, for all intents and purposes is just a subset of this section.

If he and others are pointing out these problems, why aren’t things at the ABA changing? Pulliam says nobody much pays attention to what's going on in law schools, except:

PULLIAM: ...except for people who are associated in some way with the practice of law. And the practice of law, like, you know, the media, like big tech, like Hollywood, has sort of become a one dimensional caricature of the left. Even, this is true even in large law firms, and I practiced for 30 years in a large law firm. So the general public doesn't pay attention to this.

Ultimately, the only people that can do anything about this are state Supreme Courts, because they're the ones that gave the ABA power to regulate law schools in this fashion. And state supreme courts are not known for, you know, trying to keep their finger on the pulse of the electorate. They're sort of in an ivory tower of their own.

So nothing will change unless state Supreme Courts, the Department of Education, or Congress step in to change it.