Are workers bound to settle employment disputes out of court? 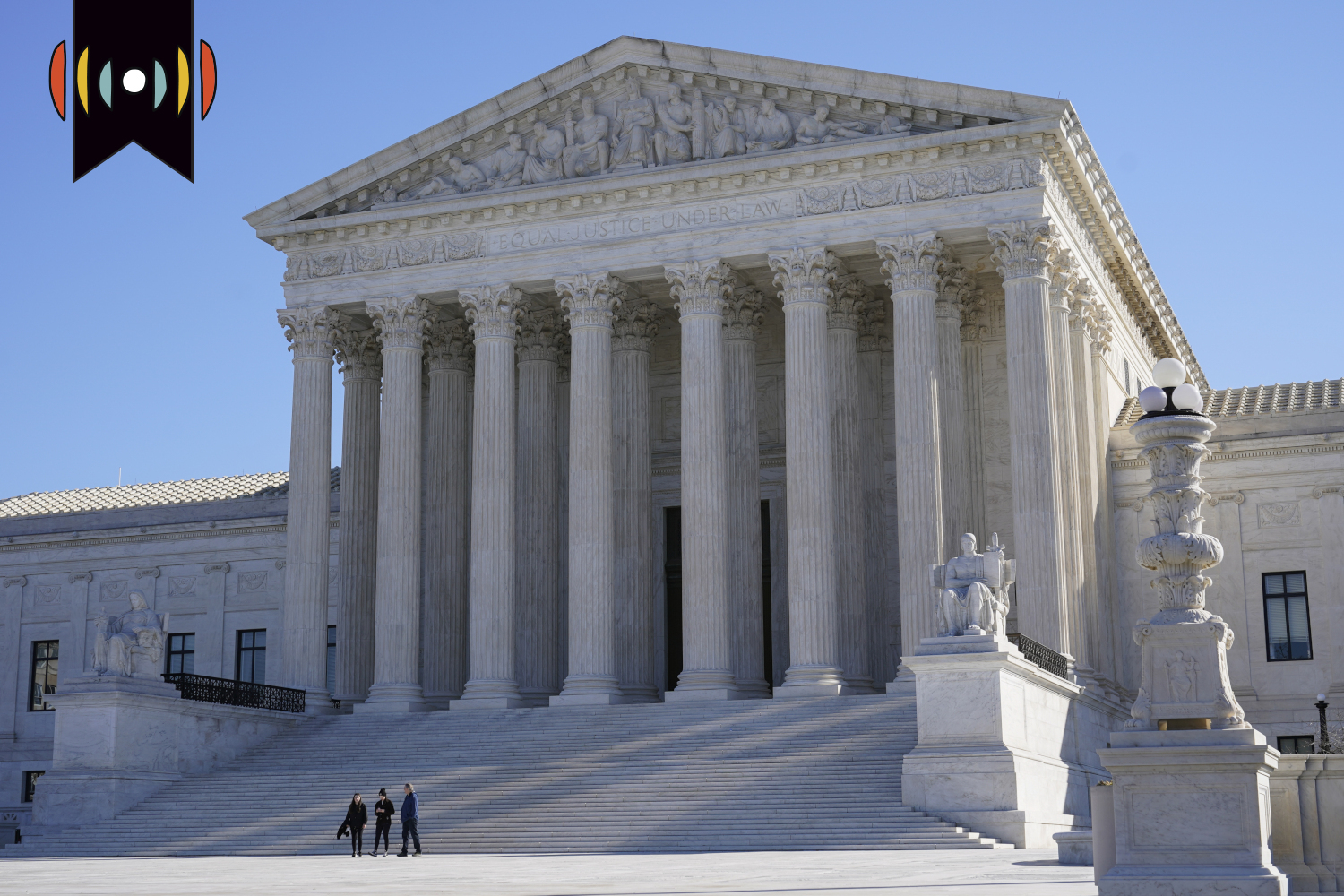 MARY REICHARD, HOST: It’s Monday April 11th, 2022. You’re listening to The World and Everything in It from WORLD Radio. Good morning to you! I’m Mary Reichard.

Today we’ll combine them for—what, got to stick with the metaphor here—maybe a legal stew.

REICHARD: Yeah, but you need to think Mexican because Taco Bell is at the center of one of these arbitration cases!

I do want you to know that Season 3 of Legal Docket Podcast that we’re cooking up for this summer does include a big serving of arbitration law. My partner Jenny Rough and I are right now preparing for this summer’s ten episodes.

And among them—as I say—is about the dispute between the owner of dozens of Taco Bell franchises and employees who claim they were denied overtime pay.

EICHER: Before we get into that, let's first understand what arbitration is: and that is, it’s a way to resolve disputes outside the court system. Contracts often include a clause that says parties must arbitrate their disputes instead of litigate them.

Employers tend to prefer arbitration because it’s cheaper and faster than going through the courts. No judge, no jury, usually resolved in months instead of years.

Employees may prefer to litigate in court, though, for various reasons. A class action lawsuit, for example, can be simpler than litigating one case at a time.

REICHARD: In the Taco Bell case, known as Morgan v Sundance, more than 500 employees—and they all signed arbitration agreements—they say the company cheated them out of overtime pay. They sued in court and they want the case to be heard by a judge.

The employer went along with the litigation for a time and filed court documents without raising the arbitration contract as a defense.

But now the employer wants to force arbitration.

The employees say, too late! Once you engage the litigation, that means you’ve waived arbitration. So the court case can continue.

But Justice Amy Coney Barrett took it back to what the contract actually said in this to the employees’ lawyer, Karla Gilbride:

BARRETT: Ms. Gilbride, what about this provision from the American Arbitration Association that was incorporated into your contract? If this is a matter of substantive contract law, which says that no judicial proceeding by a party relating to the subject matter of the arbitration shall be deemed a waiver of the parties' right to arbitrate?

Gilbride replied, no matter. The employer waived that language by going along with the court litigation.

And because this involves both state and federal law, complexity like that is best resolved in court.

But that’s not the way things have been done in the past. Justice Samuel Alito:

ALITO: You have a strong argument and you might be right, but it would represent a sea change, would it not? It would require all the courts of appeals to approach this question differently from the way they have, is that correct?

Justice Elena Kagan queried lawyer for Taco Bell about the danger of gaming the system:

KAGAN: And what that leads to is why wouldn’t anybody test the waters in federal court and see if they can get the case dismissed and only if they can’t say, okay, now I’m going to rely on my arbitration agreement and let’s go to arbitration.So it’s like two bites at the apple. There’s no incentive for anybody to go to arbitration fast.

Justice Stephen Breyer in his characteristic manner made note of all the words thrown out by both sides:

BREYER: I used to have nightmares  about teaching a class, and in my nightmare,  someone in the class would ask me something, and  I'd have to go into a long disposition on something I didn't know.  So I've written down here laches, in  default, forfeiture, waiver, estoppel, and there are probably about six or seven others, which are primarily contract or not entirely, but -- and state law questions, and I know very little  about them.   And suddenly this Court, writing a treatise on that, could get laws in many, many  places really mixed up because judges sometimes put the wrong words, if there are wrong words.  And so I -- what have you read that would  prevent me from getting into this nightmare?

A nice touch of humility in that. May it be contagious.

Another of the arbitration cases also deals with alleged wage violations.

Angie Moriana was a sales rep for Viking River Cruises who signed an arbitration agreement. But she filed a class action lawsuit on behalf of herself and other employees based on California state law and state supreme court precedent.

But her employer argues that the arbitration contract she and the others signed legally stops class action claims like this one.

Justice Kagan seemed skeptical of that in this exchange with Paul Clement, lawyer for Viking River Cruises.

In this clip, you’ll hear Justice Kagan use the initialism FAA. She’s talking about the law known as the Federal Arbitration Act.

KAGAN: I'm wondering whether anybody, when they were enacting the FAA… thought the FAA would end up precluding the ability of the state to structure its own law enforcement with respect to labor violations.

Final case today, and we’re staying on the FAA—again, the Federal Arbitration Act—and I stress that because this final case involves Southwest Airlines and so when you hear “FAA,” you may think of the agency that regulates aviation. Do resist that.

It’s not about aviation, broadly speaking, it’s about arbitration as applied to people who work in the airline industry.

The Federal Arbitration Act—FAA—applies broadly to many employment and contract situations. But it also contains an exception: That is, certain transportation workers are exempt from the FAA law.

And that’s what this final arbitration dispute is about.

Latrice Saxon was a ramp supervisor for Southwest Airlines. Her responsibility was to oversee the people who load and unload luggage.

She alleges Southwest didn’t pay overtime, so she sued, and did so under the Fair Labor Standards Act.

But Southwest points to that exemption language of the Federal Arbitration Act, exempted are those who work at sea, those who work in railroads, “or any other class of workers engaged in foreign or interstate commerce.”

By its reading, Southwest says that the employee Saxon is not engaged in interstate commerce by supervising bag handlers.

Saxon replies that well, she does work in transportation. So the broader exemption applies to her. And therefore, she’s free to sue in court.

But the airline’s lawyer Shay Dvoretzky argues that “working in transportation” isn’t the same as being “engaged in foreign or interstate commerce” as the supervisor of bag handlers.

DVORETZKY: Our test is clear. Does the class of workers predominantly work on the plane or the train? The way that would translate to the airline industry is as a distinction between flight crew and ground crew. Flight crew are analogous to seamen. Ground crew are not. The inquiry under the statute has to do with actually moving the goods.

A war of words. Saxon is only handling goods, he argued. That’s not the same as moving them.

But lawyer for Saxon says loading cargo onto a vehicle for transport is the very core of commerce; so she’s exempt from the FAA by its own terms.

Therefore, she need not arbitrate her wage dispute. Her lawyer, Jennifer Bennett:

BENNETT: If Congress wanted to exempt from the FAA just those workers aboard an instrumentality of commerce crossing state lines, it easily could have said so.

Congress did not do that, so she urged the justices simply to ask this question: Is the employee engaged “directly to the transportation function” of an industry? Yes or no. Her point is, yes, her client is and so that should settle the whole thing.

In 2019, the Supreme Court held that the FAA excludes independent contractors, not just certain employees. That’s opened up a whole new class of litigants, so now the court must find the parameters of that.

Whatever the court’s ruling, this dispute goes beyond the airlines. It has the attention of Amazon, Lyft, and Uber, they filed friend of the court briefs in support of Southwest Airlines.