What does the data from this year’s term tell us about where the justices stand? 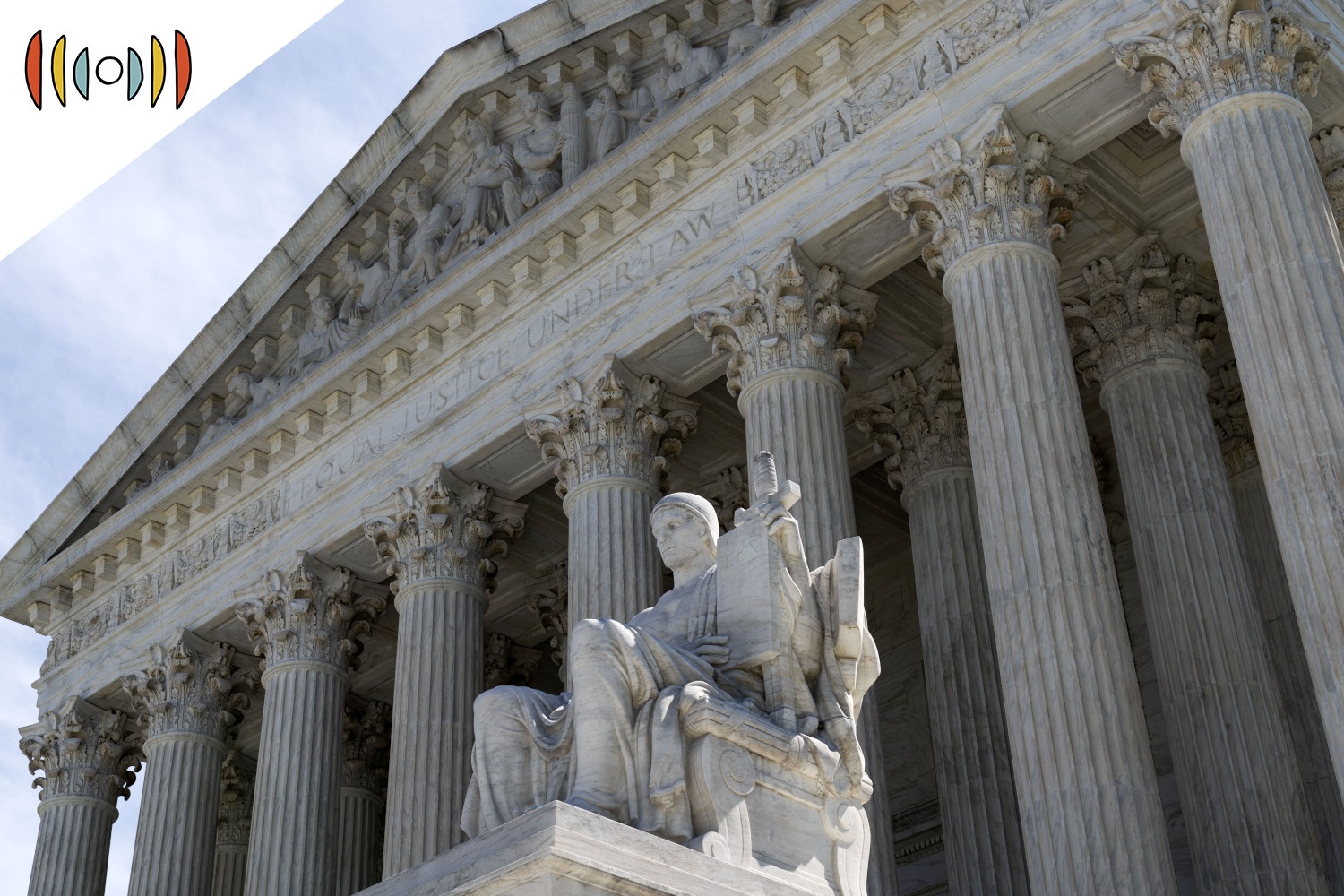 MARY REICHARD, HOST: It’s The World and Everything in It for this 19th day of July, 2021. We’re so glad you’ve joined us today. Good morning! I’m Mary Reichard.

Now that the Supreme Court term is over, all the statistics are in. Who decided what, how quickly opinions came down, which circuits got overturned the most, how often justices agreed with one another.

REICHARD: Right. The blog site I rely on is called Scotusblog. It compiles the numbers and it’s great if you want to geek out on that stuff.

So I decided that this year, I’d call up someone who likes to do that, too! Adam Carrington is associate professor of politics at Hillsdale College. He writes extensively on the courts.

Well, now that the Supreme Court is on summer recess, what are the justices doing all summer? I mean, that sounds like a pretty good gig.

ADAM CARRINGTON, GUEST: Yes, I want to know how much they're kicking up their feet. But I think given their schedules, they tend to still stay pretty busy. They'll sometimes teach courses at law schools, they have speaking engagements, they'll do some prep for the next term, because there's always petitions often 9000 to 10,000 petitions throughout the year they get for, for granting cert. But one I'd like to mention that maybe still happens. I know it happened a few years ago was Justice Thomas likes to travel the country in his RV. And he's had some very funny interviews where he's noted that that's what he's doing. And if you're stuck behind someone in an RV, it's probably him doing his dishes.

REICHARD: You know I like those little personal stories. Adam, before we get to the term’s statistics, remind me what salary the justices earn these days?

CARRINGTON: The Chief Justice gets $277,000, almost $278,000, the Associate Justices get over $265. And if you want to compare that to other branches, the president gets $400,000. And House and Senate get $174,000. So not a bad gig. And it reminds me that when FDR couldn't pack the court in the 1930s, what they did to actually get some of the justices to retire was make a very lucrative pension plan for them if they would retire. And that might have actually been one of the ways to get more of his justices on the court.

REICHARD: Well, I know there was a lot of conjecture that this term was going to come down very split and rancorous with three Trump-appointed justices on the bench. I know NPR reported that the new conservative majority would upend everything. What do you make of all of the conjecture prior to the three Trump appointees being on the bench together?

CARRINGTON: I think really left and right, there's sometimes a misunderstanding of the court that I think fails to understand how lawyers work, or doesn't always take into account how judges often see their own job. Yes, there are big ideologically charged cases that will sometimes fall along the lines of which party appointed. But there's a lot of these cases where it's about pretty mundane, to normal people, questions like statutory interpretation or standing. And I also think that often the letter of the law can really settle differences between judges, even when they might disagree on politics. So I think that there's sometimes a misunderstanding based on the big cases that that's how they're always operating, or that that's how they're they're thinking in a way that I think makes it sound more like they’re Congress or the president or a political party.

REICHARD: Right. Let’s look specifically at the split decisions and I’m defining that as cases that went 5-4 or 6-3. What stands out to you about those cases?

CARRINGTON: Interestingly, I think, and we've actually seen this even before, that the justices are not always in lockstep, especially the GOP nominees. And I think this comes from the fact that originalism or textualism— which are the underlying principles that almost all of them adhere to— aren't necessarily results based. And there can be differences in where they come down even when they have an agreement on that method. And I think that one example of this is you'll get some strange lineups. Borden v. US, which was about the definition of a violent felony. You have the democrat nominees being joined by Justices Thomas and Gorsuch to win that case. And that's actually not necessarily strange for Gorsuch, even though he's a Republican appointee. He's always been very much on the side of criminal defendants in a way that sometimes surprises people from a Republican nominee.

REICHARD: Let’s talk about the unanimous rulings or the ones that were 8-0 if it was before Justice Barrett came on to the bench. What stands out to you there?

CARRINGTON: I was surprised by several of them. One was the NCAA case about their antitrust laws. I thought that there might be someone who would side with the NCAA as far as their attempts to remain more amateur, even though that's harder and harder to maintain, for those who have any idea of how the market model now works for NCAA sports.

But even more, I was surprised at one of the bigger cases, Fulton v. Philadelphia. That was the Catholic Charities case wanting an exemption from being forced to refer children to same sex couples based on their religious beliefs. And very surprised it was unanimous. I thought, at least Justice Sotomayor would dissent. And I think part of that was it was a pretty narrow ruling where the court could have gone bigger. And it left a lot to answer in future cases. But the fact that they were able to come to that 9-0 consensus still surprised me even on the grounds that they reached.

REICHARD: OK, let’s do some quick q and a, just for fun on some interesting stats. Let’s just bat these back and forth. Adam, who was in the majority the most this term?

CARRINGTON: That'll be justice Kavanaugh, which probably is the new median justice.

REICHARD: Yeah, that makes it really interesting, doesn’t it? Who is in the dissent the most this term?

CARRINGTON: Not surprising to me,  Sotomayor, who I think is the most out of step with the court right now.

REICHARD: I’m just going to go right past that one! Who wrote the most opinions?

CARRINGTON: That was Justice Thomas and Sotomayor, who, again, are two of the justices who most have sort of an idiosyncratic opinion. So that's, I think, going to be a new normal as well.

REICHARD: Who were the advocates, the lawyers, who argued the most often?

CARRINGTON: Paul Clement, who is really the 10th justice. He's been on, made so many arguments, Feigin, Jeffrey Fisher, Kannon Shanmugam, and Malcolm Stewart. And they all did four arguments each, which is quite the accomplishment given that the court didn't do as many cases as they normally do this year.

REICHARD: That’s Eric Feigin, by the way. And I have audio of Malcolm Stewart and again, just for fun:

Mr. Chief Justice, and may it please the court: Section 202(h) of the Telecommunications Act of 1996 reflects Congress’ conclusion that….

You know he just sounds like the actor Jimmy Stewart to me. Do you notice that?

CARRINGTON: (laughs) I had never thought of that! Now, that's going to ruin every argument I hear from him from now on! I'm going to think that it's a crossover, Mr. Smith Goes to Washington sequel.

REICHARD: Yes, I always think that when I hear him! Ok, on with my next statistics question. Which judicial circuit got overturned the most? And I think I could guess this one anyway.

CARRINGTON: That would be the 9th Circuit who is a bit on that, like the UCLA in the 60s and 70s, winning national titles in basketball, they seem to do it almost every year. This year, though, was particularly high 15 out of 16 times, that's a 94% reversal rate. That's very high for even them. And to be honest, very concerning. That's not supposed to be the case.

REICHARD: Let’s talk now a bit about the Shadow docket. Disputes that get a decision without argument, emergency appeals that block lower court orders for example. What did we see there on the shadow docket this past term?

CARRINGTON: We saw it taking a bit of an outsized importance. Often what's done with the shadow docket is things such as executions, whether to stay those or not, that's normal. But there were a lot more related to COVID. And especially some important ones related to religious liberty and the ability of churches to operate under COVID.

And I think what's interesting is that these kinds of decisions don't get the normal briefing, the normal arguing, the normal thinking. So it's going to be interesting to see did some of these decisions about COVID and religious liberty, will they have lasting import? Technically, they're not supposed to, given the way they were decided. But already we see litigants citing a number of them in order to make their arguments before the court. So I think that's something to watch and something to watch as post COVID will the number of these go down? Or will the shadow docket start to expand and its importance in use? Or is this just a blip?

CARRINGTON: I think a good thing to keep in mind when looking at these cases is as Christians, we know we believe that words matter, including scripture, and claim that those words can really direct and guide our lives. The rule of law, while it doesn't claim to be divine, is in many ways based on a similar idea that words can be something that rule and guide our lives and make us better for it. And I think to look at the court in a right way is to say how are these judges trying to make the rule of law the rule of words rather than arbitrary will of humans actually work in our society and to be thankful that we have that commitment and protective of that commitment as one of the cherished liberties that we have as Americans.

REICHARD: Adam Carrington is associate professor of politics at Hillsdale College. As always, thank you.

CARRINGTON: Thank you. This is a pleasure.