Legal Docket - Self defense at the Supreme Court

WORLD Radio - Legal Docket - Self defense at the Supreme Court

A case out of New York challenges the Second Amendment 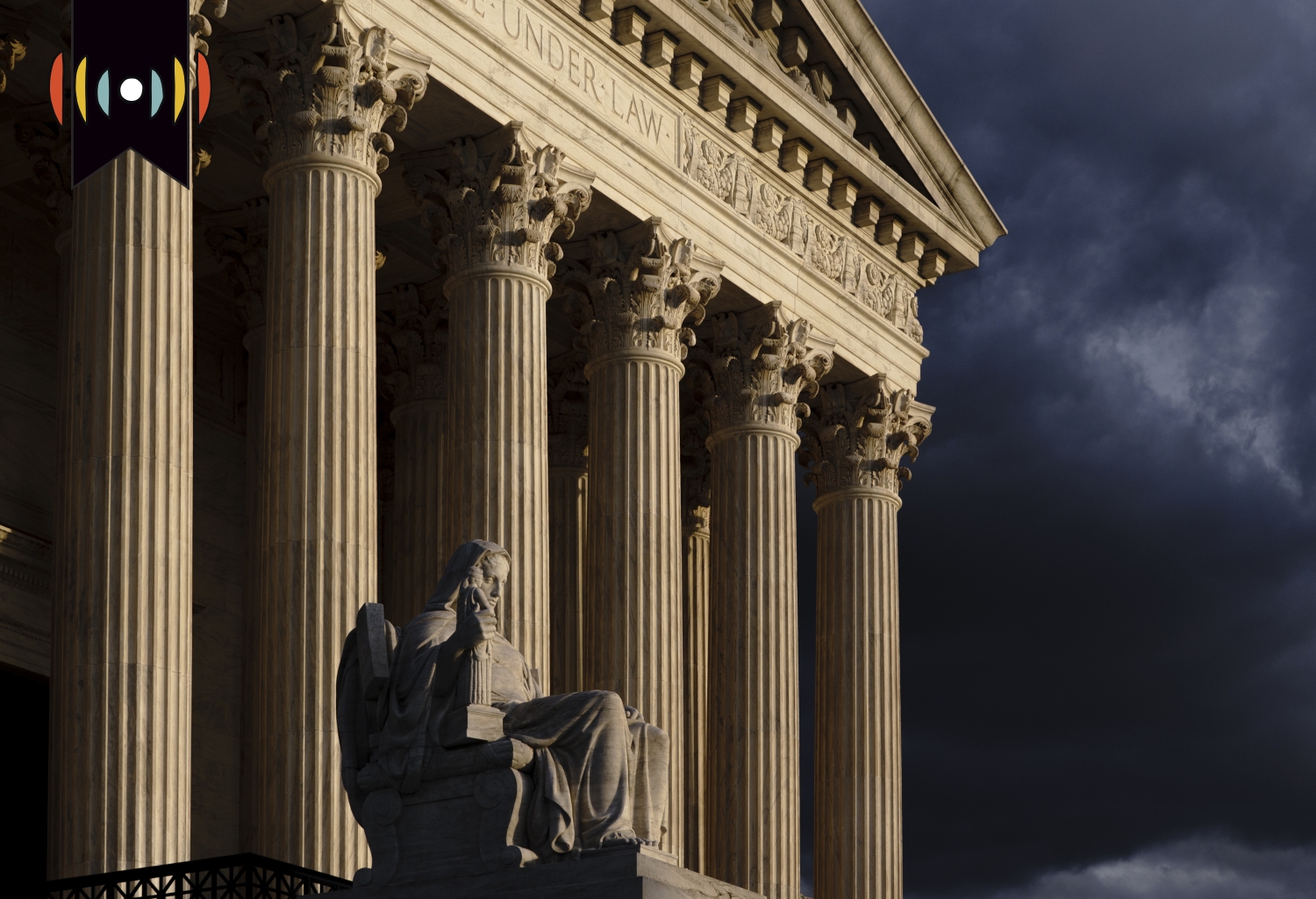 NICK EICHER, HOST: It’s Monday, November 22nd and we’re so glad you’ve joined us for today’s edition of The World and Everything in It. Good morning! I’m Nick Eicher.

First up, the right to keep and bear arms as guaranteed by the Second Amendment. It passed into law as part of the Bill of Rights in 1791.

Here’s how it reads: “A well regulated Militia, being necessary to the security of a free State, the right of the people to keep and bear Arms, shall not be infringed.”

EICHER: The Supreme Court clarified one aspect of the right in a 2008 decision. That is, the Second Amendment protects your right to keep and bear arms inside your home for lawful purposes, self defense being one of those lawful purposes.

The decision also stated that the right is not unlimited.

This case may well answer that question. It asks: what are the limits of the Second Amendment and the right to self defense outside the home?

EICHER: Let’s begin with the facts of the case.

It centers around Robert Nash and Brandon Koch. They are described as law-abiding citizens of New York. They both passed required background checks, they both met all qualifications to carry, they both are already licensed for other purposes, like hunting and target practice.

Nash and Koch also want to carry firearms for self-defense.

REICHARD: But New York refused them that license. A state law on the books for 108 years requires the men to show “proper cause” for self defense.

Problem is, no statute defines “proper cause.” State court decisions say it means you have to show a special need for self defense. Just some general sense of wanting to protect yourself isn’t enough. And a local official gets to decide what is enough.

Here’s how lawyer for the two men, Paul Clement, set out the case:

CLEMENT: That is not how constitutional rights work. Carrying a firearm outside the home is a fundamental constitutional right. It is not some extraordinary action that requires an extraordinary demonstration of need. Petitioners here seek nothing more than their fellow citizens in 43 other states already enjoy, and those states include some of the most populous cities in the country.

Clement argued that nobody has to say he has a really good reason to go hunting or a better reason to hunt than other people in the community. So state law should work the same way for self defense as it does for hunting.

Arguing for the other side in defense of New York’s law, state Solicitor General Barbara Underwood. Restrictions on public carry of guns are nothing new, she said. They go back 700 years!

UNDERWOOD: ...to the 14th-century statute of Northampton, which prohibited carrying arms in fairs and markets and other public gathering places, to similar laws adopted by half of the American colonies and states in the founding period, to later state laws that relaxed restrictions for people who had a concrete need for armed self-defense.

One of the men suing in this case stated his concrete need for armed self defense this way: his neighborhood had endured a string of robberies. Hence his need for a license to carry outside the home.

But that wasn’t justification enough for the licensing officer, because the man hadn’t shown his need for self defense was any different from the general public’s need for it.

ALITO: So I want you to think about people like this, people who work late at night in Manhattan, it might be somebody who cleans offices, it might be a doorman at an apartment, it might be a nurse or an orderly, it might be somebody who washes dishes. None of these people has criminal record. They're all law-abiding citizens. They get off work around midnight, maybe even after midnight. They have to commute home by subway, maybe by bus. When they arrive at the subway station or the bus stop, they have to walk some distance through a high-crime area, and they apply for a license, and they say: Look, nobody has said I am going to mug you next Thursday. However, there have been a lot of muggings in this area, and I am scared to death. They do not get licenses, is that right?

UNDERWOOD: That is in general right, yes. If there's nothing particular to them, that's right.

ALITO: How is that consistent with the core right to self-defense, which is protected by the Second Amendment?

Underwood answered that self defense doesn’t mean everyone can be armed for all possible confrontations in all places.

Back to square one with that answer. What are the limits?

ALITO: There are -- there are a lot of armed people on the streets of New York and in the subways late at night right now, aren't there?

UNDERWOOD: I don't know that there are a lot of armed people.

ALITO: Yeah, that’s what I’m talking about. How many illegal guns were seized by the New York Police Department last year. Do you have any idea?

UNDERWOOD: I don’t have that number, but I’m sure it’s a substantial number.

ALITO: But all these people with illegal guns, they’re on the subway. They’re walking around the streets. But the ordinary hardworking law-abiding I mentioned, no. They can’t be armed.

UNDERWOOD: Well, I think the subways are— when there are problems on the subways— are protected by the transit police...

Justice Alito shot back, so to speak, pointing out that celebrities, judges, and police officers have a right to self defense, but not a regular person who feels threatened?

Underwood focused again on population size as a limiting factor:

UNDERWOOD: The other point is that proliferating guns in a populated area where there is law enforcement jeopardizes law enforcement because, when they come, they now can't tell who's shooting, and the shooting proliferates and accelerates...

KAVANAUGH: Why isn’t it good enough to say I live in a violent area and I want to be able to defend myself?

Underwood answered that a licensing officer would assess whether that’s true and make a determination.

KAVANAUGH: Well, that's the real concern, isn't it, with any constitutional right? If it's the discretion of an individual officer, that seems inconsistent with an objective constitutional right. I mean, what if you're a runner and you say I run a lot, and, there are a lot of serious violent crimes on running paths. It's a real problem. Is that good enough?

The liberal-leaning justices had questions for Paul Clement who argued against the gun law.

One of them went on deer hunting trips with the late Justice Antonin Scalia. Listen to Justice Elena Kagan:

KAGAN: You know, if you had a bunch of statistics which suggest that the state is quite sensitive to people's need for self-defense and gives these licenses a significant amount of the time, you might think differently about the regulatory scheme, wouldn't you?

Not as to his clients, Clement answered. And statistics or not, this law turns a constitutional right into a discretionary whim.

Justice Sonia Sotomayor ticked off times in history where England and America didn’t allow unrestricted rights to carry. Besides, isn’t “good cause” reasonable?

SOTOMAYOR: But why is a good cause requirement any different than that discretion that was given to local officials to deny the carrying of firearms to people that they thought it was inappropriate, whether it was the mentally ill or any other qualification? I -- that's how I see the good cause as fitting in -- within that tradition.

Clement responded that he didn’t read history that way. A typical New Yorker who satisfies every other qualification ought not have to show some atypical need to carry for self defense.

Justice Stephen Breyer didn’t buy Clement’s argument that hunting and self defense ought to be treated the same way.

BREYER: Well, the difference, of course, you have a concealed weapon to go hunting. You're out with an intent to shoot, say, a deer or a rabbit, which has its problems. But, here, when you have a self-defense just for whatever you want to carry a concealed weapon, you go shooting it around and somebody gets killed.

CLEMENT: With respect, Justice Breyer, that's not been the experience in the 43 jurisdictions that allow their citizens to have the same rights that my clients are looking for.

Justice Alito brought it back to how to define a “sensitive place” where a license to carry could be restricted.

Perhaps it means locations where officials take prophylactic responsibility for security. For example, the magnetometer you go through before you enter a courthouse.

I don’t think the New York law is going to stand. We’ll know by July.

This last case deals with another one of our Bill of Rights, the First Amendment’s guarantee of free speech.

It asks whether a Board of Directors can curb one board member who publicly criticized the board, sued them, arranged for robocalls to oppose board decisions, and more.

In response, the Board of the Houston Community College System censured him, barred him from holding officer positions, and ceased travel reimbursement.

The man sued, alleging the board violated his freedom of speech.

You can hear what I think the eventual decision may be in this from Justice Clarence Thomas:

THOMAS: … if the courts get involved in this, that we would be involved in the rough and tumble of politics and that it would not be productive.

I don’t think the disgruntled board member is going to win this one.