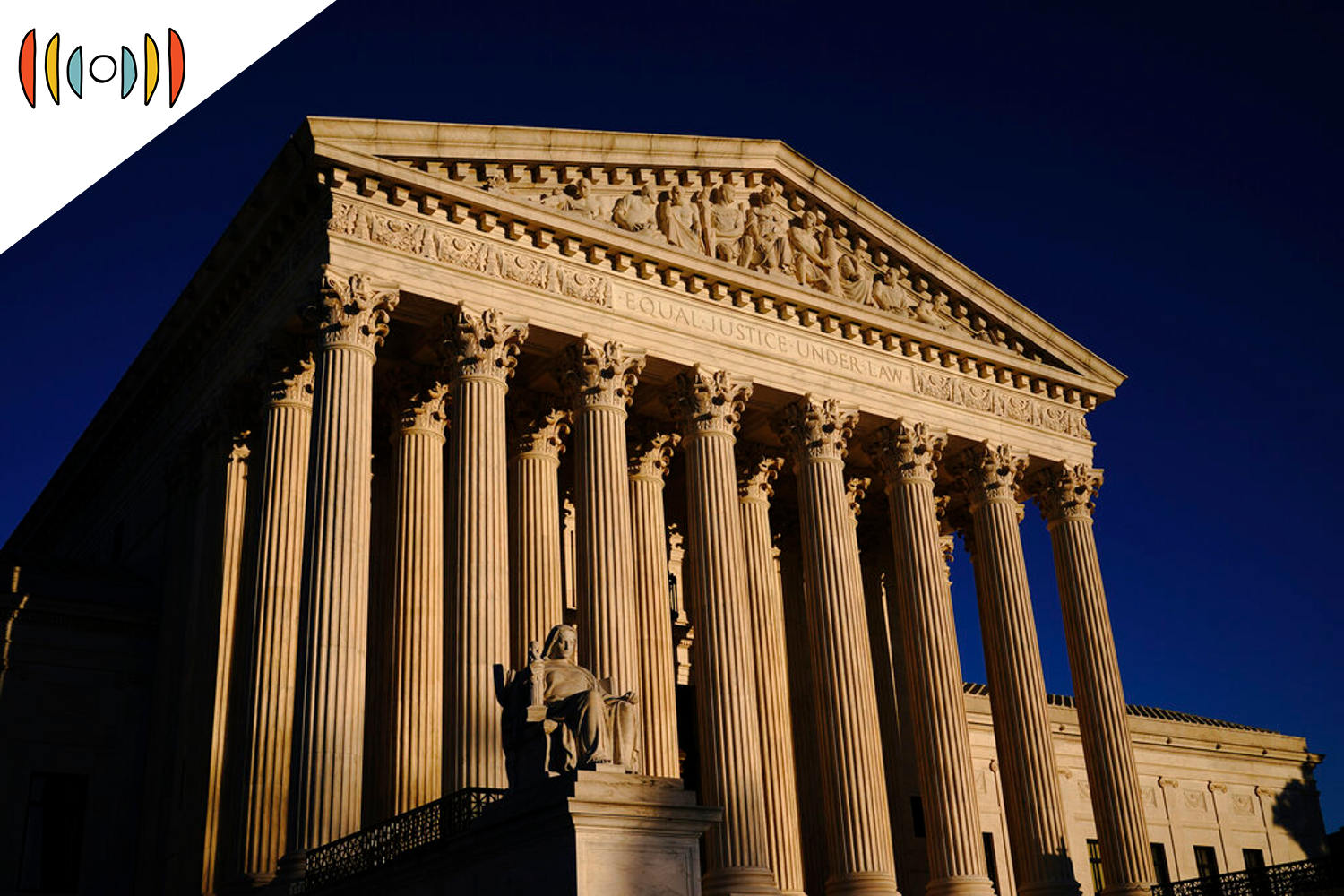 MARY REICHARD, HOST: It’s Monday morning, May 24, 2021. Good morning! This is The World and Everything in It and we’re so glad you’ve joined us today. I’m Mary Reichard.

Well, this month is dedicated to new donors, people who listen to the program but haven’t yet supported it financially.

If you have, thank you. The families who banded together and offered to triple match all first-time gifts offered to match a total of $40-thousand-dollars and so they’re hoping y’all use up all of that. We’ll just keep on going to the end of the month.

We’ve also heard from people who’ve already given in the past asking if their gifts would also be matched!

REICHARD: We like that idea very much, so we will be looking for a few families eager to provide a June match for our June Giving Drive. That’s the one where we’ll be turning to our regular supporters to fuel up the mission as we come to the end of our fiscal year and start drawing up our plans for the new fiscal year. So stay tuned!

Last week, the commission to study whether, and if so, how to change the Supreme Court met in its first public meeting.

The commission has 36 members, and it’s considering possible changes to the court such as term limits for justices and increasing the number of justices beyond the current nine, an idea that in the past has been known as “court packing,” something not even President Franklin Delano Roosevelt could accomplish.

The commission is accepting comments from the public by way of the commission website between now and August 15th.

Number one clarifies a decision from last year when the court ruled it’s unconstitutional in a criminal trial to convict without a unanimous jury verdict. This time, the question was whether that requirement applies retroactively to cases already concluded.

The case involves a man in prison who sued, making the argument that the jury in his trial was not unanimous, and so he should be retried. He’d already exhausted the appeals process in his case when the new rule came down.

But a majority of six justices ruled that the unanimous jury rule does not apply backwards in time, retroactively, to cases like his.

You can hear part of the reason why in this statement from Louisiana Solicitor General Elizabeth Murrell during oral argument in December:

MURRILL: But there can be no doubt that declaring the Ramos rule retroactive unsettles thousands of cases that involve terrible crimes. Requiring new trials in long-final criminal cases would be impossible in some and particularly unfair to the victims of these crimes.

Dissenting Justices Sonia Sotomayor, Stephen Breyer, and Elena Kagan pointed out that if the right to a unanimous jury is fundamental, then no one should spend life in prison over one or two jurors’ opposition.

EICHER: Now for the second decision, a victory for big energy companies and possibly budget-conscious customers of them.

The City of Baltimore sued several energy companies—Chevron, BP, and Exxon—alleging they’d caused climate change by bringing fossil-fuel products to market. The city alleges that’s the cause of coastal flooding, poor health outcomes, and a host of other problems.

The 7-1 decision didn’t decide the merits. That is, it wasn’t about the possible effects of climate change or the efficacy of mitigation policies. It resolves only a technical, procedural review question about whether such cases belong in federal or state court. The decision allows energy companies to steer litigation into federal court.

That’ll affect several other lawsuits like it around the country.

REICHARD: The third decision is also highly technical. It held that insurers can challenge a certain IRS rule without first paying the penalty for non-compliance.

That decision was unanimous.

EICHER: The final ruling we’ll tell you about today was, too. All nine justices ruled in favor.

It says police may not use the so-called “community caretaking” exception to the Fourth Amendment to justify entering someone’s home without a warrant.

In this case, a husband and wife got into an argument that resulted in her calling the police and reporting that she was concerned her husband might take his own life.

Officers arrived, entered the home, and then seized firearms belonging to the husband. They didn’t bother with a warrant, believing the doctrine of “community caretaking” gave them all the authority they needed.

The unanimous court pointed out that exception applies to vehicle searches and seizures, not to homes.

To be clear, the ruling does allow law enforcement to assist someone inside a home who needs help, but that’s under a separate doctrine of law.

REICHARD: Now on to oral argument analysis. Just one today is all I have time for. The court heard this case in April. It’s an immigration case.

Back in 1990, the United States granted permanent resident status to a Mexican national, a man by the name of Rufugio Palomar-Santiago.

A year later, he faced a charge of felony DUI. That triggered the deportation process because the law at the time considered driving under the influence an aggravated felony.

After a court convicted him, the government deported him.

But then, the law changed.

The Supreme Court later ruled that a DUI isn’t enough to justify deportation in certain circumstances. And the appellate court in the jurisdiction where Palomar-Santiago once lived eased the rules of proof for people in his situation.

While that was going on in the courts, Palomar-Santiago decided to re-enter the United States illegally. Under the written law, unlawful reentry is a serious matter and carries a harsher penalty. But Palomar-Santiago is fighting that penalty by arguing his prior deportation order wasn’t valid, pointing to the fact that his original offense, driving under the influence, is no longer considered a deportable offense.

That’s his argument which the government doesn’t accept.

Erica Ross argued for the government. And let’s listen to a key exchange with Justice Clarence Thomas, trying to work it all out. Again, the justices are hearing oral arguments by conference call:

THOMAS: So in effect you’re saying that if he were considered now for deportation he would not be deported based upon the DUI?

ROSS: In a fresh proceeding today, putting to one side that respondent here obviously has an order of removal that has never been vacated, yes, an individual who was convicted of DUI tomorrow and served with an immigration or removal order the next day would not be removable under current law. That’s correct.

THOMAS: So if that’s true, why would you be pursuing this case if you would say today he would not be deported?

ROSS: So, Your Honor, I think Congress reasonably determined that someone who unlawfully reenters the United States, despite an extant removal order that he never challenged, has taken the law into his own hands and has shown a disrespect for the law and for the legal process that is subject to punishment. And to more serious punishment than simply an unlawful entry charge which, of course, Respondent concedes would be appropriate here.

Ross went on to argue that to hand a victory to this scofflaw would create a loophole for others just like him. She pointed to laws that provide a path for people who didn’t receive court review of a deportation order. This man chose not to do that.

His lawyer, Brad Garcia, essentially argued ignorance of the law is at play here. You’ll hear Garcia mention the initialism B-I-A, and when you do, just know that he’s referring to the Board of Immigration Appeals.

GARCIA: Administrative remedies were not available because no ordinary non-citizen could understand and formulate the complex legal arguments required to challenge BIA precedent…

His argument in other words: The path is just too complex for people.

Yet Chief Justice John Roberts pushed back against that argument.

ROBERTS: There are a lot of areas where, you know, the door closes and you lose the right to go back and challenge prior determinations. You seem to be arguing that whenever there is some kind of change or clarification in the law, you do go back and reopen everything. Now there are avenues in this case, this sort of case, to do that. But your proposition seems to me to be limited to, you know, we now know this was wrong, so we have to go and unscramble the eggs.

GARCIA: Not exactly, Your Honor. I think it's important to keep in mind the context here, which is that the government is coming to court and looking to impose a new and further criminal punishment on the basis of an order that it knows is invalid.

Justice Sonia Sotomayor seemed sympathetic to Palomar-Santiago in this comment to Ross, lawyer for the government:

SOTOMAYOR: You answered by saying that you don't see a constitutional issue here. But I do. You've given me a lot of potential mechanisms in which an alien might be able to get this order reversed, but I don't know that there's a legal opportunity to do that, meaning it all depends on a whole series of discretion.

To my ear, most of the justices seemed unsympathetic to Palomar-Santiago. The law is clear as to what the man needed to do to challenge his initial deportation order.

This is a case in which the Biden administration aligned with the Trump administration. Both hold precisely to the plain understanding of the text Congress actually wrote and what it means—a rare example of rule of law perhaps winning the day even when policy preferences clearly differ.