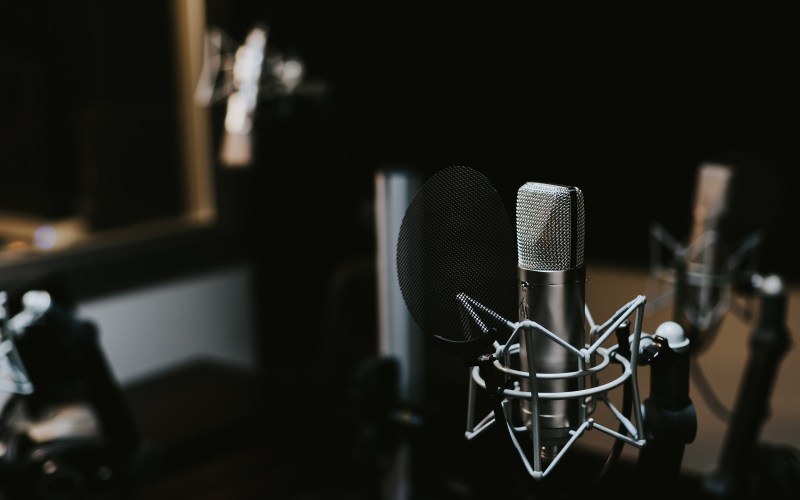 MARY REICHARD, HOST: From member-supported WORLD Radio, this is The World and Everything in It for this final Monday of March, the 26th. Good morning, I’m Mary Reichard.

The first case involves a Honduran man on death row in Texas. The man is Carlos Ayestas, and in 1997, he killed a woman in her home.

The issue before the court was not his guilt. The issue is mental illness and addiction to cocaine. Those are factors that can mitigate against a sentence of death.

The Supreme Court decided he should have another opportunity to avoid execution. The reason is that the state was wrong to deny funds to allow his attorneys to investigate the particulars of his mental illness.

The Supreme Court’s decision in that case was unanimous.

REICHARD: The second ruling was also unanimous. This one says that state courts may hear securities class actions brought under federal law.

You might remember this case as the one where justices repeatedly criticized the statute at issue as — their words — “gibberish.”

And the third case came down 7 to 2. Here, the court overturned a convicted tax dodger’s prison sentence.

Turns out the prosecution left out a step: before you can be convicted of trying to obstruct the Internal Revenue Service, the government must first prove you knew the IRS was investigating you.

This was one of the marquee cases. It’s about free speech, but it’s wrapped inside the larger debate over abortion.

The case is NIFLA versus Becerra. NIFLA is an acronym that stands for National Institute of Family and Life Advocates. NIFLA supports more than 100 crisis-pregnancy centers in California.

Becerra is Xavier Becerra, the attorney general of California.

The pregnancy centers object to a California law called the FACT Act.

FACT, another acronym, stands for Freedom, Accountability, Comprehensive Care and Transparency. Even though it’s a state law, abortion industry fingerprints are all over it. Planned Parenthood and the National Abortion Rights Action League either helped to write it or campaigned for its passage.

REICHARD: The act says businesses that cater to women in crisis pregnancies must do certain things. One of those concerns what message they communicate to women who come to them for help: The FACT Act says they must tell pregnant clients about abortion services offered by the state. That’s required of licensed pregnancy centers that do medical procedures.

Another sort of crisis-pregnancy center has no need for state licensure. These centers offer non-medical interventions like arranging prenatal care and helping after the baby is born — with necessities like baby clothes, diapers, and formula.

Those non-licensed centers must abide by detailed state-mandated advertising rules. Even a billboard that says only “Choose Life” would have to include a 29 word English-language disclaimer that it doesn’t have medical staff on board, and say so in 13 different languages.

The state argues its only motivation is that women know all their options.

FARRIS: That is not an effort to inform people.  That’s an effort to clutter the ad and drown out the message of the ad.

The Supreme Court in 1992 barred regulations that put an undue burden on a woman’s right to choose an abortion. But it also permitted a state to require abortionists discuss alternatives to abortion, like adoption.

But the legal contours of that interaction haven’t been worked out.

Justice Stephen Breyer recalled that 1992 case as guidance. He mentioned how divided Americans are on abortion, and seemed sympathetic to California:

Farris replied, yes, it would be, if  … and it’s a big if. If the law does NOT apply to all those people who confirm pregnancies. Her hypothetical still puts the government’s thumb on the speech scales toward its preferred message. And that, he said, is not allowed.

Then Farris used a word to describe what the California legislature did in crafting this law: gerrymander, or write the law in a way that’s unfair to pro-lifers.

FARRIS: So through a clever series of legislative gerrymandering, the state has ended up with a result that only nonprofit pro-life pregnancy centers are required to post the notice.  And the notice itself is biased.

Justice Sonia Sotomayor mentioned she’d checked out a website of one of the pregnancy help centers. It showed a uniformed nurse and it mentioned privacy rules that only apply to licensed medical facilities. Isn’t that misleading? Wouldn’t that justify the law? Here’s Farris’ answer, followed by an exchange with Justice Anthony Kennedy.

KENNEDY: Well, in this case I didn’t go beyond the record to look on the Internet because I don’t think we should do that, but I do have a hypothetical.

What would happen if an unlicensed entity, unlicensed center, just had a billboard that said “Choose Life.” Would they have to make the disclosure?

KENNEDY: Alright.  Because it seems to me that that means that this is an undue burden in that instance and that should suffice to invalidate the statute.

The 9th U-S Circuit Court of Appeals had upheld the law on the grounds that it can regulate the speech of professionals licensed by the state. But the Supreme Court has never embraced this special carve-out from free speech.

It only got worse for them after lawyer Joshua Klein rose to speak. He argued that California’s law seeks only to empower poor women with full information. But a flag of pretense lay under this exchange with Justice Kagan:

KLEIN: promoting informed choice by a patient. … (later) … And it gives her that knowledge in time to be useful, because pregnancy and medical care is extraordinarily time-critical.

Klein countered: nobody’s viewpoint is targeted here. The law just applies where the real need is, where poor women in crisis pregnancies go.

Justice Neil Gorsuch inserted his measure of doubt into that line, as well.

GORSUCH: If – if it’s about just ensuring that everyone has full information about their options, why should the state free-ride on a limited number of clinics to provide that information?

KLEIN: Well, Your Honor, the state — the legislature is aware of the shortcomings of other methods.

Justice Samuel Alito noted that doctors in private practice are exempted from telling women about abortion, along with many many other exempted businesses.

ALITO: If you have a law that’s neutral on its face but then it has a lot of crazy exemptions and when you apply all the exemptions what you’re left with is a very strange pattern and gee it turns out that just about the only clinics that are covered this are are pro life clinics. Do you think it’s possible to infer intentional discrimination in that situation?

ALITO: So, when you put all this together, you get a very suspicious pattern.

Chief Justice John Roberts tried out another hypothetical on Klein, who was struggling to draw sympathy to his side of the argument.

ROBERTS: It provides two services, adoption and pregnancy testing. Could you impose the disclosure requirement on that facility?

KLEIN: Your Honor, I think it would be much more difficult to justify here.

ROBERTS: I know. That’s why I’m asking the question. (Laughter.)

Even Justice Sotomayor expressed doubt parts of the law would pass constitutional muster as the argument progressed. It’s possible a majority could toss the entire FACT Act, or they might throw out just part of it.

It’s revealing that California doesn’t have a comparable law requiring abortion providers to put up ads for adoption agencies or other abortion alternatives, or even a factual poster about an unborn person’s stage of development.

No proof has been offered that the crisis pregnancy centers confuse anybody, either.

All this bodes well for a favorable ruling to protect free speech, and consequently, protect the voiceless unborn from state-sponsored steering to end their lives.

Our last case today deals with an area of the law most lawyers don’t describe as fun. Here’s Justice Breyer’s take on it:

BREYER: I’m not a family law expert, which family law is the most difficult subject I think there is.  It’s horrible, human, terrible. It’s really difficult.

Here’s the horrible family law issue Justice Breyer references: A Minnesota couple got married in 1997. The husband bought a life insurance policy that same year. He listed his new wife as primary beneficiary. His kids from a prior relationship were listed as contingent beneficiaries.

Ten years later, they divorce.  And when the man dies a few years later, his life insurance policy is worth 180-thousand dollars.

And as you can probably guess: A dispute arose.

Turns out, Minnesota, like dozens of other states, passed a law that automatically removes an ex-spouse as primary beneficiary in case of divorce. But that happened after this particular policy was made. So the ex-wife says the state has no right to interfere with these old contracts.

The question seemed to boil down to who has the task of informing the insurance company one way or the other as to who is supposed to be left as primary beneficiary. Listen to Justices Breyer and Gorsuch try to work it out with lawyer for the ex-wife, Shay Dvoretezky:

BREYER: I’m just saying obviously the question is do all those people who thought their children would get the money, they’re just out of luck?  Is that right?

DVORETZKY: They’re out of luck unless they redesignate -­

GORSUCH: They have to write a…Somebody has to write a letter. (Laughter.) Okay.  I think we’ve established that.

BREYER: They have to find out about this case, if you win, and maybe they just read Supreme Court cases. (Laughter.)

DVORETZKY: We all do.

If I had to predict, I think the children will prevail here.