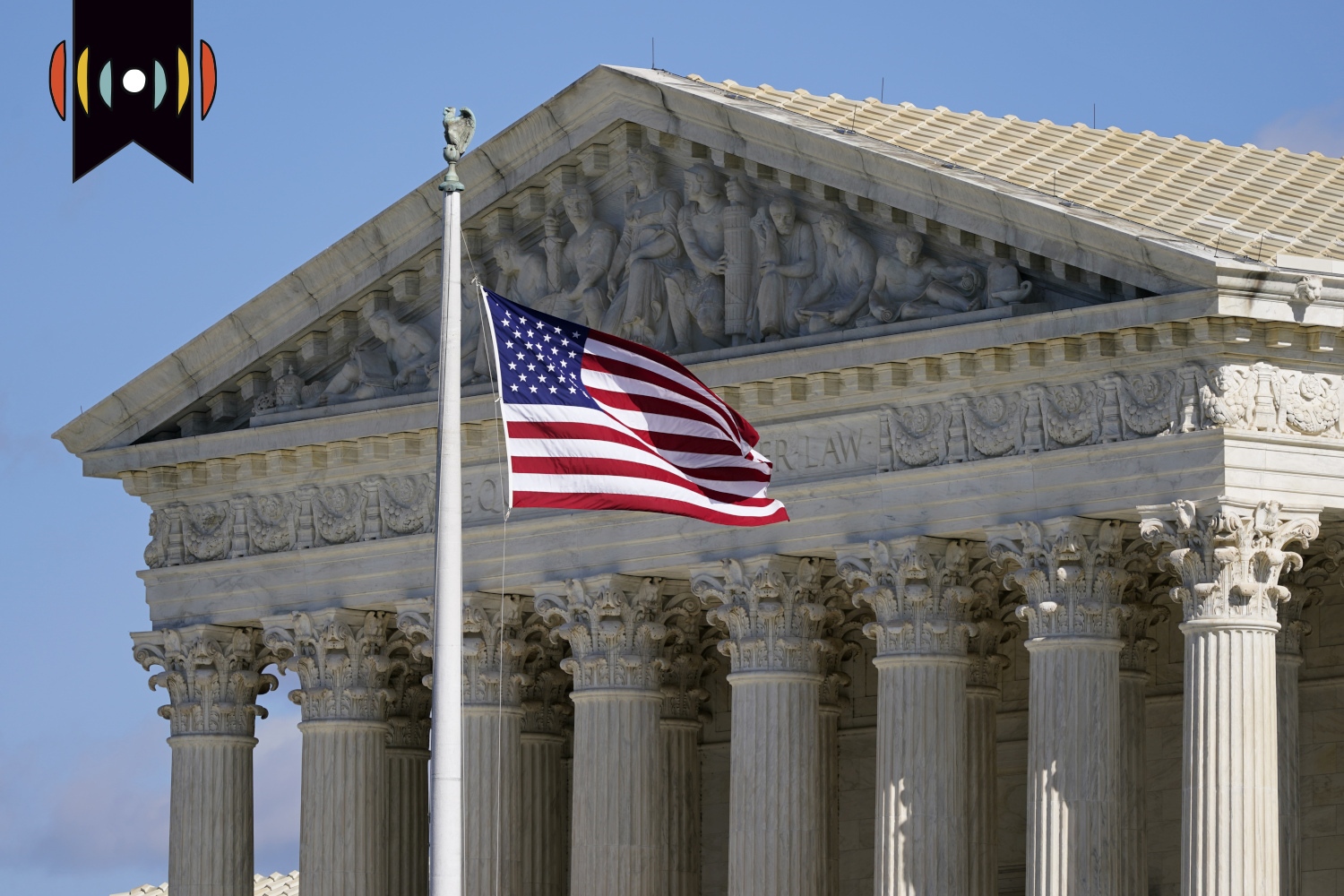 MARY REICHARD, HOST: It’s a brand new work week for The World and Everything in It and we’re so glad you’ve joined us today! It’s Monday, February 14th, 2022. I’m Mary Reichard.

Last week, the Supreme Court let stand Alabama’s new congressional map the state legislature drew after the 2020 Census. The court will decide the dispute on the merits next term. So what that means is the current map Alabama’s GOP-led legislature drew will stay in place throughout 2022.

This question is at the Supreme Court because a group of black voters sued, making the claim that the new map violates the Voting Rights Act and dilutes the black vote. A lower court agreed with the argument and ordered a newly drawn map. But a majority five justices put a halt to that for now—without providing a rationale, which is typical in emergency docket opinions. But two of those five justices wrote concurring opinions saying it’s just too close to the elections to change the map now.

REICHARD: Now onto oral arguments. These involve several cases argued in January with similar facts and laws, so I’ll deal with them interchangeably.

These have to do with bond hearings. Those are legal proceedings that give a person in detention a chance to leave the facility and live life outside while inside his case is pending in court.

Listen to Justice Stephen Breyer on who receives a bond hearing:

BREYER: I mean, you know it as well as I do, everybody gets bail hearings that you’re going to detain for a significant amount of time, every criminal case. Debtors used to, in debtor prison. Mental people being confined in hospitals have the equivalent. Extradition people get the hearing. I looked at every case we could find. I didn't find any that said you don't get eventually a bail hearing when you're detained for a reasonably long length of time.

But in the cases before the court now, the detainees are not citizens of the United States. They are noncitizens who want to avoid deportation.

So what rights do they have?

ADAMS: It’s a bedrock principle in our legal system that where the government seeks to lock up a human being for a prolonged period, that person is entitled to a hearing before an independent decision maker to determine whether detention is justified.

Well, hold on there, the government lawyer said. “Prolonged” and “entitled” are loaded words with assumptions that may not be accurate.

GANNON: Congress can make rules for noncitizens that it can’t for citizens and that detention during removal proceedings is constitutionally permissible.

And Congress did make rules and the plain text says nothing about time limits or who decides what about bond hearings. And the courts have no business to rewrite statutory language to create new rights.

But Justice Breyer brought it back to the method by which he would interpret the law. That is, look at context in other areas of law, and then extend it to new areas. (Note: You’ll hear the name “Blackstone.” Justice Breyer will be referring to the English jurist William Blackstone.)

BREYER: And that's why Blackstone in 1771 said that the king's bench or its judges may bail in any case whatsoever. Okay. Now, you think that's not in the Constitution, the Eighth Amendment, liberty. I mean, please. Okay. So the question is, can you read that in? And the really basic thing is, why in heaven's name shouldn't you read that in here where it goes the detention is too long?

But not every justice follows the “Can you read that in” way of thinking. They’d stick to the text and its plain meaning, and leave it to Congress to set down immigration practices.

For clarity, I’ll place exaggerated emphasis on two important verbs in the relevant law. It says, the government “shall” detain a noncitizen for the 90 days after the noncitizen receives a deportation order; after that, the government “may” detain him— if that person doesn’t pose a flight risk or a danger to the community. Someone has to determine that.

“Shall” is a command, meaning that it is mandatory. “May” is optional, at the discretion of the person making the decision. One little word, great big difference.

Some prior Supreme Court decisions contribute to the confusion.

For example, one decision going all the way back to 2003 seems to permit long detention times for criminal aliens. Listen to then-Chief Justice William Rehnquist on why Congress enacted this particular law.

REHNQUIST: In the light of evidence showing that deportable criminal aliens, who are not detained, continue to engage in crime and fail to appear for their removal hearings in large numbers. We have held before that in the exercise of its broad power over naturalization and immigration, Congress may make rules as to aliens that would be unacceptable if applied to citizens. We also have held that detention during the deportation proceedings is a necessary part of the deportation process.

But the aliens’ lawyer says that case involved a different clause in the federal law from the clause in dispute here. The relevant Supreme Court opinion came before that, and it supports his clients.

Lawyer Adams for the noncitizens points to this opinion, read by Justice Breyer more than two decades ago, back in 2001.

BREYER: The case before us involves aliens, who no other country will take, at least not so far, and we hold in interpreting the provision as applied to those aliens who are in confinement, that the statute does not permit the Attorney General to keep them in custody indefinitely, but rather it implicitly limits custody to a period reasonably necessary to bring about the alien’s removal.

… and lawyer Adams argued that “reasonable time” is implied as 6 months’ detention. After that, the government has no power to hold someone without a hearing.

But the government counters that’s only so when no other country will take the person. That’s not the situation here. Mexico will take them back.

So did Justice Sonia Sotomayor in this exchange with another lawyer for the government.

SOTOMAYOR: Most of these noncitizens are overwhelmingly nonlawyers, and for virtually all of them, English is not a first language. Most of them are impoverished. And without the ability, given that the only opportunity they have is administrative, and so they're unlikely to be represented by lawyers, how are these aliens, without the help of the courts and lawyers, supposed to protect their rights?

SOTOMAYOR: They are not entitled to lawyers. They have to go find one.

RAYNOR: It is correct that the government does not pay for lawyers in this context. But that -- that's obvious --

SOTOMAYOR: It's hard to see how impoverished people, unfamiliar with the workings of this government, of this country, are going to find lawyers.

The two sides battled over who decides whether a detainee gets a hearing for possible release. The aliens argue it should not be a mere immigration officer, it should be a judge, who can ensure the system honors due-process rights.

Justice Alito wondered about procedural matters such as the burden of proof— who has to prove what:

ADAMS: Where that person has already been found by a DHS official …

…Lawyer Adams for the noncitizens arguing that yes, the government has the burden to show the alien is a flight risk or danger to the community. And that’s because his clients have bona fide claims of persecution in their home countries. Asylum officials said so.

And so it went, lawyer Gannon for the government pointing out this is only a small slice of people here. The success rate to avoid deportation after all is said and done isn’t very high. Most of them will not be allowed to remain in the United States.

Lawyer Raynor for the government ended his argument this way:

However the court decides, it will affect thousands of people in this country illegally or in detention. It will also affect American taxpayers, who after all, foot the bills. It’s the responsibility of the government to protect its citizens from harm that a detainee who intends to flee or commit more crimes.

Most of the justices seemed reluctant to do the job of Congress and rewrite the law. So even with an immigration system so backlogged and overwhelmed, the court seems most likely to leave the task with Congress, which has repeatedly demonstrated an unwillingness to take it up.