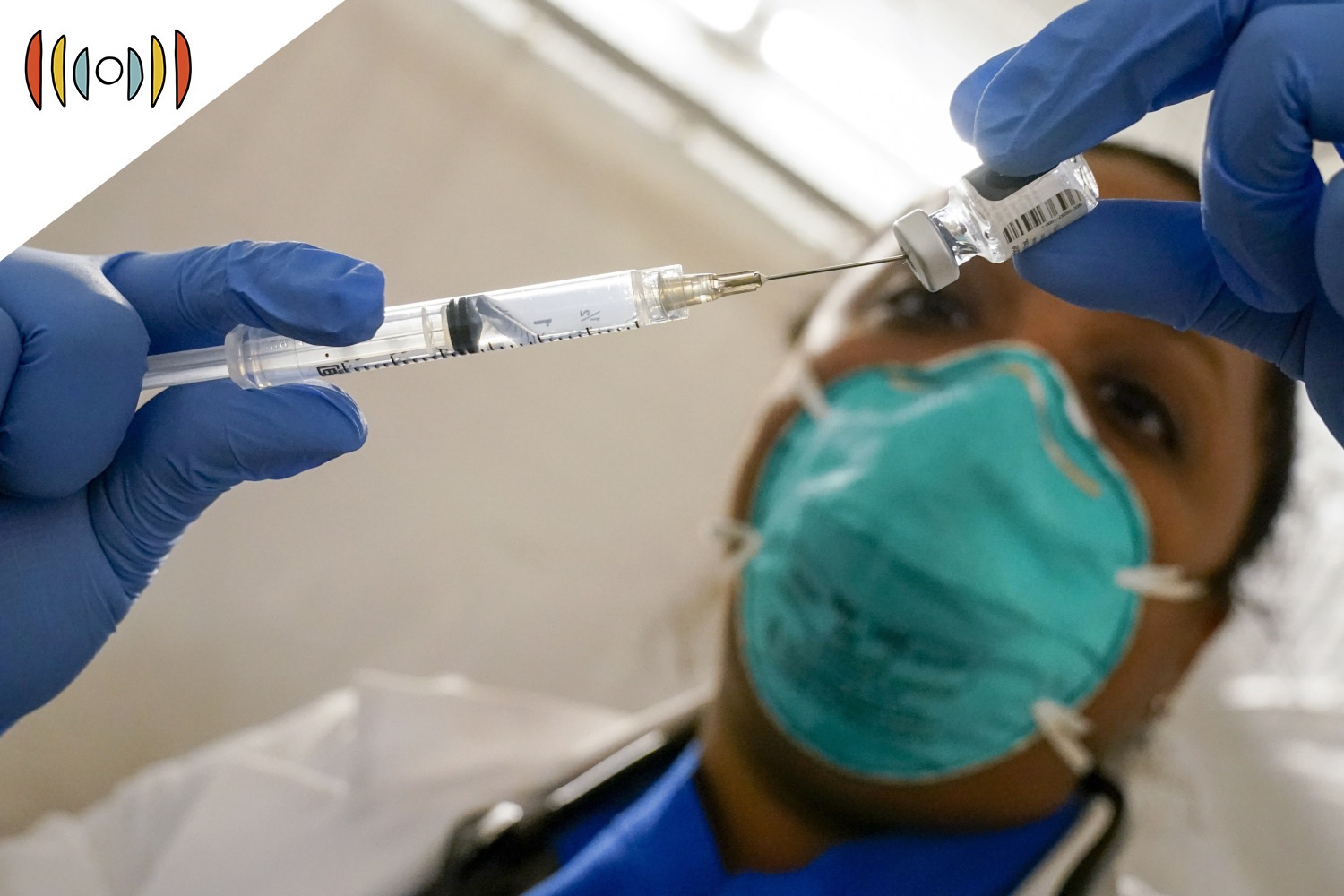 MYRNA BROWN, HOST: It’s The World and Everything in It for the 16th of August, 2021. We’re so glad you’ve joined us today. Good morning! I’m Myrna Brown.

Today, challenges to COVID-19 vaccine mandates from students, employees, and as we'll hear from in a moment, a professor.

BROWN: Last week, eight students from Indiana University filed a request for an emergency injunction with the Supreme Court. They object to their school’s requirement that they get COVID-19 shots before returning to campus—unless they qualify under a medical or religious exemption.

If they don’t comply, they can’t attend the school.

On Thursday, Justice Amy Coney Barrett denied their request. This leaves in effect the lower court’s decision to let the school enforce its mandate.

REICHARD: But that won’t put an end to the challenges to one-size-fits-all policies with regard to how to manage COVID on campuses.

Todd Zywicki is a law professor at George Mason University. He’s taught there for 23 years. This May, the school announced a new requirement: either get the COVID vaccine or submit to regular testing and wear a mask. And if you choose not to reveal your vaccine status, you risk job loss and won’t receive merit pay increases.

ZYWICKI: I was one of the unlucky people who was probably one of the first people in America who got COVID. I was unlucky enough to be at a conference in New York City the last weekend of February, 2020. And sure enough, the next week, I started experiencing symptoms like I had never experienced from any illness before in my life.

Testing was scarce and the results often iffy. Zywicki recovered without getting a definitive diagnosis at that time.

But before returning to the classroom in fall of 2020, he got an antibodies test.

And given those high levels of antibodies, his immunologist deemed it unnecessary for him to get a COVID-19 shot.

ZYWICKI: ...the medical evidence is very clear that those who have contracted COVID and recovered are not only at the same risk level of anybody who gets vaccinated for COVID, but actually at elevated risk of side effects. So, in his opinion, and in my view, by George Mason trying to force me to get vaccinated in order to teach my students this fall, it's really no benefit and all cost to me. It’s none of the benefits with all the risks of side effects that anybody else has.

Zywicki told me that his medical history figures into his calculations, as well; it puts him at further risk for side effects from a vaccine.

ZYWICKI: Let me be clear, Mary, if, if the COVID vaccine had existed in March 2020 when I first got it, it would have been a no brainer for me to get it at that time. I don't recommend anybody get COVID. I had COVID. I don't want to get COVID again. And I'm not cavalier by doing things that are appropriate precautions to protect me from getting reinfected with COVID. But my immunologist has made it very clear to me that in this case, when my immunity is so strong, that it's risky for me to get the vaccine at this point.

I contacted George Mason University officials for comment. They declined to be interviewed, but did write in an email that (the university has) “been guided by currently available medical and scientific information and the guidance issued by federal and state public health agencies.”

Zywicki’s lawyer, Jenin Jeunes, thinks that skirts the real issue here. Zywicki’s lawsuit claims the vaccine policy violates the 9th and 14th amendments that protect the rights to privacy and due process.

To back that up, the petition cites a 1990 Supreme Court decision that said “a forcible injection...into a nonconsenting person’s body represents a substantial interference with that person’s liberty.”

And that’s not all.

JEUNES: We're also arguing that it's unconstitutional conditions, which means that the government cannot premise enjoyment of constitutional rights on giving something up or or only giving you those rights if you do something, so we're arguing that because GMU is only allowing professor Zywicki to do certain things or be treated the same as other people, if he gets the vaccine, they're effectively withholding constitutional rights from him, which violates this doctrine.

Jeunes pointed out that George Mason University is a state school, so it is subject to constitutional strictures. These arguments would not apply to a private school.

Another legal argument involves the law of emergency use authorization, EUA, as applied to the COVID shots. That law says anyone who gets the vaccine must be informed of the option to accept or to refuse it, along with alternatives to the product and the risks and benefits of getting it.

JEUNES: The EUA statute requires the free and informed consent of recipients that's emergency use authorization statute, and these COVID vaccines have only been authorized under it. So the Supremacy Clause of the United States Constitution says that federal law's supreme and state laws or policies or local laws or policies that conflict with it must fall. And so we're arguing that by coercing people into getting the vaccine, GMU is violating the supremacy clause. And under that the policies fall.

In short, Zywicki alleges the school’s policy tries to force its way past informed consent and infringe upon his rights by forcing a vaccine that he simply doesn’t need.

Jeunes said at first, she and Zywicki asked that the university treat him as though he were vaccinated, given his antibody levels. Not insist on masking and distancing as though he had no antibodies.

JEUNES: So we attached declarations from several very good scientists attesting to the durability and robustness of natural immunity and the fact that there's no valid reason for differentiating between a vaccine and natural immunity.

Professor Zywicki says he’s not challenging that George Mason University can draw a distinction between those who have a reasonable level of immunity and prevention of community spread.

ZYWICKI: But we are saying that if they're going to make that distinction, that they have to have a reason to treat the natural immunity as if we are unvaccinated rather than vaccinated.

Zywicki wrote on the opinion pages of the Wall Street Journal dated August 6th, a piece called Why I am Suing over my Employer’s Vaccine Mandate. It got over 1,900 comments, mostly negative. A common reply was along the lines of, “his arguments sound a lot like the arguments against seat belts and measles shots.”

ZYWICKI: I've already got the seat belt. I've got the best seat belt, in my view, which is natural immunity, natural immunity later. Again, I've had COVID, I don't want to get it again. I'm obviously going to take appropriate care. But me and my immunologist understand that better and understand what the benefits and risks of this are than mid level bureaucrats in the university administration applying a one size fits all templates with that, that don't know anything about my health experiences.

Different arguments, different facts; Zywicki has natural immunity, and as a tenured professor, he stands to lose a lot more than a student who could attend school elsewhere.

Jeunes pointed out that students are routinely required to show proof of having received various vaccines, but professors are not. What’s more:

So applying that to Professor Zywicki, Jeunes believes he should prevail in this case because he has natural immunity, and that's one of the main arguments.

JEUNES: Another issue is that the measles vaccine has been proven to be very effective at stopping transmission. So there's a good herd immunity argument to be made for it. Whereas the COVID vaccine doesn't seem to be very good at preventing transmission, it's more for the person who gets it. So it's you know, that's an argument for sort of the individual being able to make the decision to get it him or herself.

Different disease management targets, changing law, individual choice, coercive measures versus persuasive measures—all of these factors mean we’ll be hearing about this kind of litigation for some time.

I have been waiting to hear someone address this issue. I hope he prevails. From all I can find, natural immunity appears to be as good as or better than vaccine immunity. So why treat recovered people like they are as susceptible as unvaccinated?

I'm encouraged by this episode as well as a previous bonus episode from February: Mandatory Vaccine Laws.

As I’ve thought about it, the more dangerous slippery slope resides on the side arguing a right to safety.

The slippery slope on the bodily autonomy side might appear to threaten the common good, but there is a natural check to the spread of communicable disease on this slope: self-preservation.

A right to personal and community safety, however, has no such check on its way to tyranny/medical dictatorship. In the context of our present pandemic, this alleged right poses particular danger because—as this episode discusses—safety is invariably perceived as coming through a syringe alone, not through natural immunity as well.