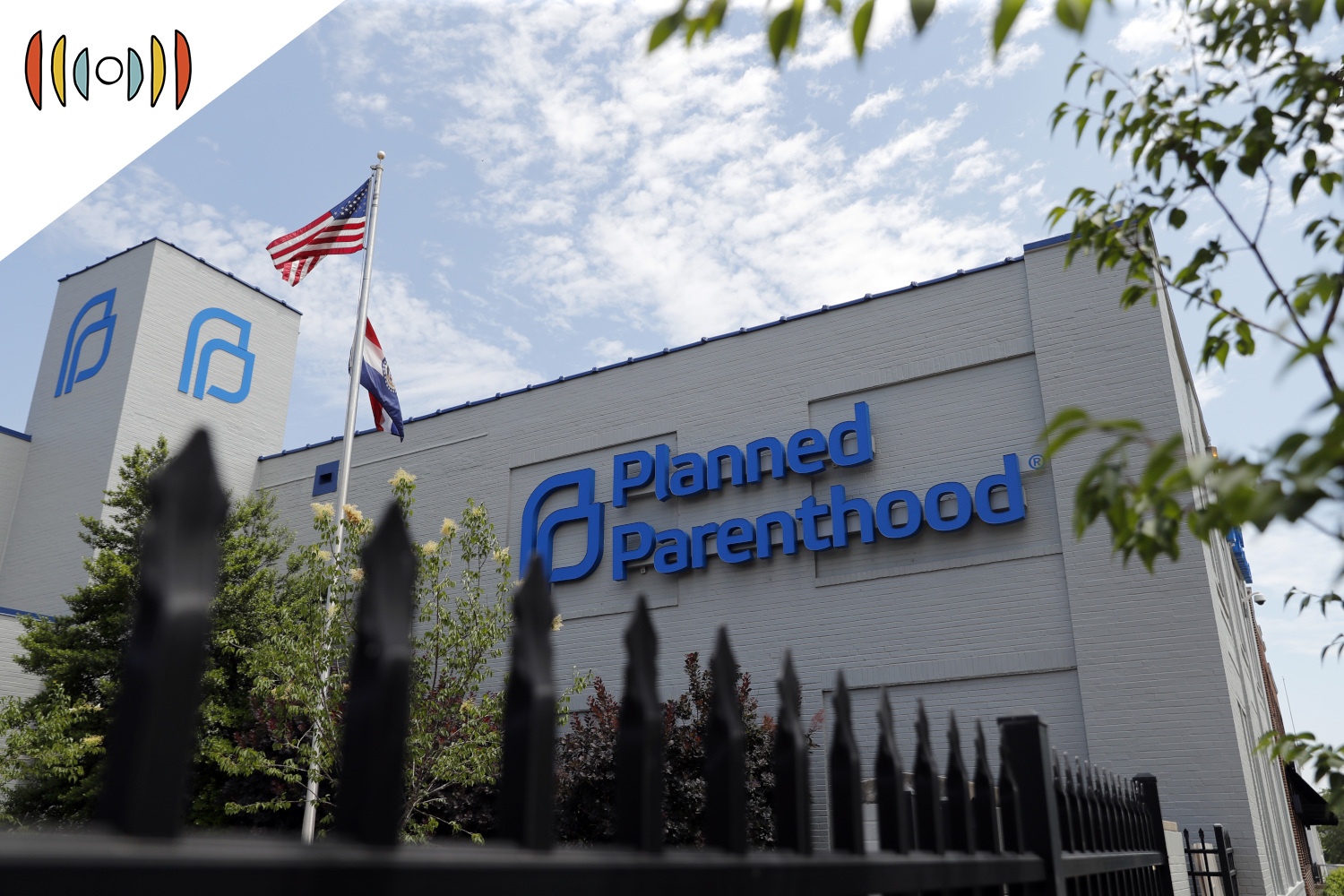 MARY REICHARD, HOST: It’s The World and Everything in It for Monday the 12th of July, 2021. We’re so glad you’ve joined us today. Good morning! I’m Mary Reichard.

The Supreme Court’s in recess for the summer—meaning, for us, we’ll turn to what’s going on elsewhere in the legal world.

On occasion over the summer, we’ll hear from different religious-liberty advocates about the sorts of cases they’re working on. And today is one of those occasions …

The Thomas More Society is one of those firms devoted to religious liberty, particularly in the area of pro-life causes.

The firm’s been able to protect the free-speech rights of women who want to help other women understand their options when faced with an unexpected or unintended pregnancy.

One of those women is Marilyn Hatch. She lives in Montana and volunteered for decades as a sidewalk counselor. (When I talked to her last week, by the way, she was suffering from a case of strep throat, but she was determined to talk to me! I think she did just fine.)

HATCH: I'm a woman that bought the lie of abortion many years ago back in the 70s, and became a Christian after that in 1980. And my eyes were totally open to what the truth is about abortion. And God forgave me and healed me. And so I immediately tried doing everything I could to try and dispel that lie that women are being told.

And ever since then, Hatch has sought to speak the truth. She’s stood outside abortion businesses in Missoula holding up signs and offering pro-life alternatives to women going in.

She’s not the sort to back down.

HATCH: I've been involved in this for a long time. And I've been charged a lot of times, I've actually had to serve jail time.

Hatch retained Matt Heffron, a lawyer with Thomas More Society. Heffron’s been an attorney for 35 years. He’s a former federal prosecutor and now devotes his time to disputes involving religious liberty, the family, and the unborn.

To help Hatch with her misdemeanor charge, Heffron did what good lawyers do: the research. He examined the facts and he examined the law and discovered that the officer cited Hatch for obstruction, even though she was outside the boundaries the city set.

Besides that, Heffron saw that the city ordinance creating a buffer zone around abortion businesses fit the description of another zone the Supreme Court found unconstitutional.

HEFFRON: I think sometimes law enforcement get the idea that they're tired of dealing with this sort of stuff. And that if they file some charges that it'll all go away. Well, it doesn't if these people are represented adequately.

Heffron sent a letter to the city outlining the law and let it be known that he and his client were prepared to go to trial.

Not long after that, the city moved to dismiss its charges against Hatch.

HEFFRON: And sure enough, the local city attorney decided better of it and decided that they would drop the charges against Mrs. Hatch. So it's all sometimes it seemed like an awful lot of effort just to get back to square one. But if you can do it with a letter, we're much better off because then we move on to the next case, which is bearing down on us. If not, we file a lawsuit and we'll try to accomplish the same thing that way.

Marilyn Hatch is mindful of what allows her to do this work.

HATCH: You know, as July 4, Independence Day, has come and gone, you know, we're reminded of the sacrifice of our Founders, what they gave, and I've always felt like we're squandering that, you know, as Americans...

Another woman who does sidewalk counseling is Sonja Knight in Everett, Washington. I asked about her motivation.

KNIGHT: When I realized and understood the women, when they were coming to Planned Parenthood for abortions, it wasn't that they wanted to have an abortion or terminate their baby, they just felt like they had no choice. That they were feeling either pressure or just didn't have any other options. And so to me, it just felt important to let them know that there were options, that there were people that loved them, that would help them.

So, Knight got involved with Sidewalk Advocates for Life and with Forty Days for Life.

But her groups ran into legal trouble, too. And again, Matt Heffron helped out.

HEFFRON: Everett, Washington, State of Washington is quite liberal in their approaches to abortion. And since approximately the time that President Trump got elected, as we've seen all over the country, a lot of these abortion counselors are being beset upon by pro abortion agitators, the people who come up and are really rude, obnoxious in their face and trying quite honestly sometimes to make, to raise conflicts. And that's what happened in Everett.

Lawyer Heffron emphasized these clients make his legal work easier by following protocols—the rules of engagement put forth by groups like Forty Days for Life and Sidewalk Advocates for Life.

HEFFRON: And they are both known for having requirements that their people, their affiliates, avoid all sorts of conflict. No violence obviously at all and and they're there primarily to pray, pray and the sidewalk advocates also to talk to the women, talk them out of abortion. So our people never were violent and there's no one that would be violent. They weren't even in a conflict. And so that gave us real good standing when we approach the city of Everett.

With good facts on his side, well-behaved clients, and a clear understanding of the law, Heffron wrote a letter to the city explaining the situation. The city violated Supreme Court precedent by using police to block the counselors’ access, even if it hadn’t enacted a buffer zone around the abortion building. Different method, same effect. A no-no.

At first, the city wouldn’t give an inch. Heffron sent a second letter.

HEFFRON: And they decided to back down and the pro lifers were allowed once more to get back to where they were right next to the entrance of the abortion clinic. And so it's another matter where... in this case where we had our attorneys lined up, we had the complaint ready to file and the city attorney backed down just in the nick of time. A lawsuit which we're pretty confident they would have lost.

The last pro-life advocate I spoke to did not want to use any identifying information. Out of fear of reprisals.

This story has a different legal angle to it. For years, law enforcement kept this person’s sidewalk counseling group out on a major busy and noisy street. Too far from the abortion center to do any good.

She persistently dug around for answers and found it in the laws about property. A public easement in front of the abortion facility legally allows for anyone to use that space. But nobody would listen. Police, city attorney or officials. Nobody.

Enter Matt Heffron and his team.

He found other lawyers with expertise in property law and a passion for pro-life work.

Those lawyers encouraged the pro-life group to see if it could just rent an office space along the commercial corridor near the abortion business. Then there’d be no question whether the sidewalk counselors could use the public easement the rental space provided. And they’d avoid a trial.

Each of these women and their lawyers know the work they’re involved in is more than what the eye can see.

You heard from Sonja Knight earlier.

KNIGHT: I'm such an introvert. It can be scary, going out on a sidewalk, suddenly talking to people, but I just felt like it. It's really the Lord that's just using us. And we're just out there, just offering people the help and the resources. And I just felt like, especially being a mother, you know, I know that there's mothers praying for their daughter, and I just felt it was so important that I could be there, you know, approaching and helping that one daughter maybe that mother's praying for, it's almost like the last, the last place to be where they could make that decision...

For his part, lawyer Heffron reminded me that the real heroes in all of these cases are the pro life counselors. The lawyers? Just the backup. He compared them to a repairman who you keep around to keep the place going. He encourages the counselors to keep doing what they’re doing, and do it peacefully, within the law. It helps make his repair job more efficient.