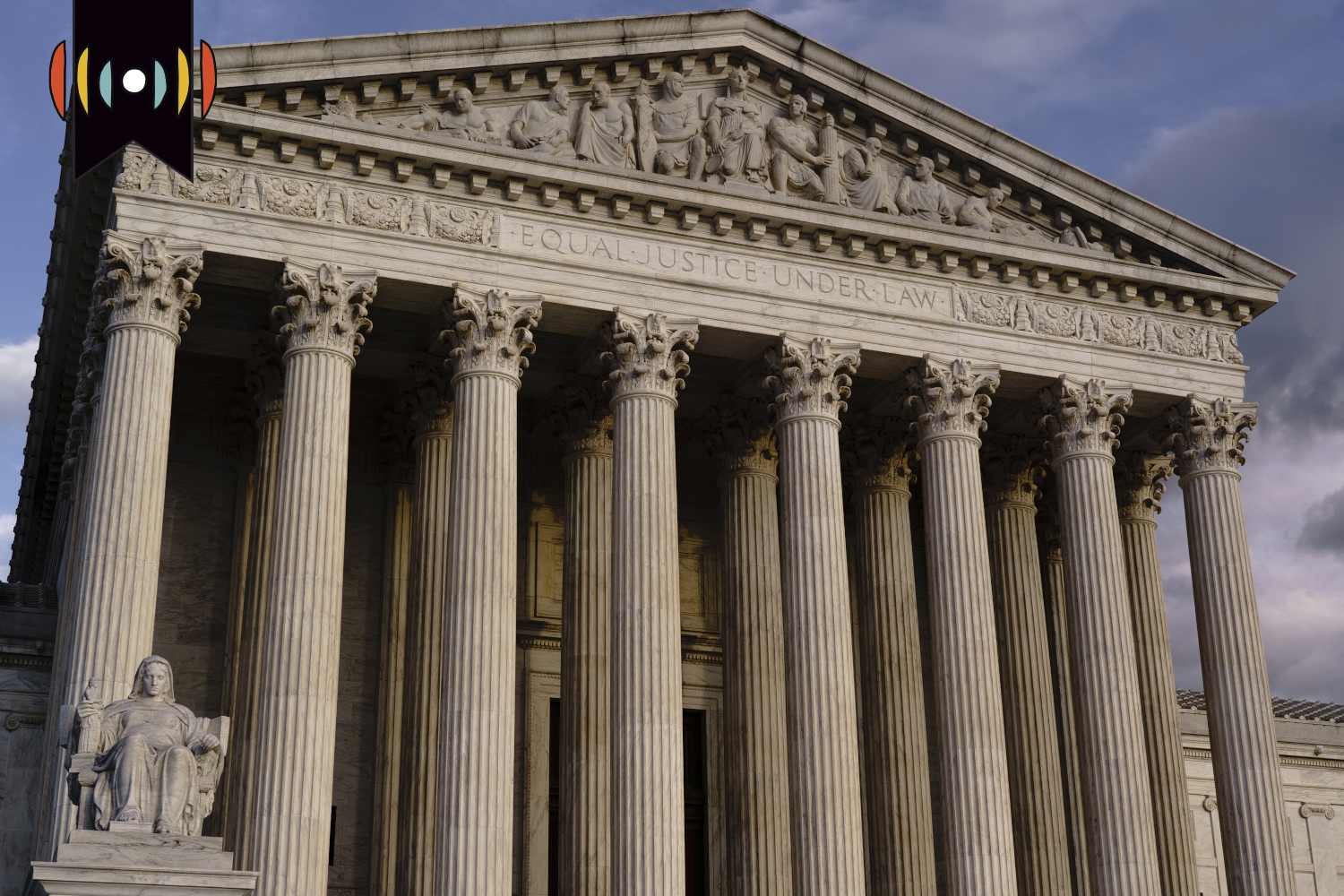 MARY REICHARD, HOST: It’s The World and Everything in It on this 15th of November, 2021. We’re so glad you’ve joined us today. Good morning! I’m Mary Reichard.

Several blockbuster cases are before the Supreme Court this term. If you listen each Monday, you will hear something about each dispute.

Today, a case that asks the question: what religious liberty rights does a death row inmate have in the execution room?

John Henry Ramirez is on death row because a jury convicted him in the murder of Pablo Castro in Texas seventeen years ago.

Ramirez was on the hunt for drug money. Castro happened to be emptying the trash at the market where he worked when Ramirez stabbed him to death.

But he didn’t get away with the crime. Station KRIS-TV:

REPORTER: Ramirez went on the run until he was arrested near Brownsville in February 2008. He was convicted of capital murder and sent to death row in 2009.

The Supreme Court granted his request to stay the execution scheduled for September and now considers his latest request: that his pastor be with him as he dies, while saying audible prayers and laying hands on his body.

KRETZER: Across Texas's 572 executions spanning four decades, the State's policy was to allow a spiritual advisor to be present in the execution chamber to lay hands on a condemned inmate and to audibly pray. In 2019, that long-standing practice changed suddenly when the State chose to forbid any religion advisor from the execution chamber...

The reason Texas changed its rules? Inconsistency from the Supreme Court.

In 2019, the high court allowed the execution of a Muslim inmate in Alabama, despite his request for an imam to be present.

But soon after that, the court blocked the execution of a Buddhist inmate who’d made a similar request. Justice Brett Kavanaugh wrote at the time this problem could be solved if states either permitted all religions in the death chamber, or allowed none of them.

Texas chose the latter option: no religious guide in the chamber. Then, two years later, the state once again allowed the presence of a spiritual advisor.

STONE: Petitioner has twice received the extremely exceptional remedy of having his execution halted at the last minute. Each time he litigates around an execution date, he receives another lengthy reprieve. This Court should not countenance the delay of a fourth execution date.

Some of the more conservative justices seemed to lean in that direction. Listen to Justice Clarence Thomas address Kretzer, lawyer for Ramirez:

THOMAS: If we think that Mr. Ramirez has changed his requests a number of times and has filed last minute complaints, and if we assume that’s some indication of gaming the system, what should we do with that with respect to assessing the sincerity of his beliefs?

KRETZER: By looking at the best evidence that there is in the record which is a seriatim, one handwritten signed grievance after another repeatedly requesting the same thing...

Kretzer argued that governing law dictates this analysis. A law with the acronym RLUIPA, The Religious Land Use and Institutionalized Persons Act, says to balance the inmate’s request with the state’s concern for protocol.

Justice Samuel Alito envisioned the problem with that: suppose this inmate wants a pastor to touch his knee, another his hand, someone else his head, or his heart—do we have to go through the whole human anatomy?

ALITO: Like virtually every application for a stay of execution, they come to us at the last minute, the day before, sometimes the day of….what you have said so far suggests to me that we can look forward to an unending stream of variations.

Kretzer for Ramirez pounded on the law: his client has a Constitutional right to exercise his religion; Texas must meet the highest standard of legal review to burden a religious right; and RLUIPA is on his side. You’ll also hear Chief Justice John Roberts:

KRETZER: RLUIPA is specifically designed to take these matters of religious exercise up on an inmate by inmate basis. This court has said in several cases the classic rejoinder of bureaucrats throughout history: If I make an exception for you I have to make it for everyone.

Judd Stone, for Texas, said Ramirez changed his requests; he didn’t want hands laid on him in 2020, then he did. Whipsaw tactics used to delay.

Justice Stephen Breyer chimed in with some exasperation about this “he said, they said” scenario:

BREYER: It's very technical and it's excellent lawyering, but, you know, you sit there and you read it, and you used to let them in, and now he reads it and says no, they can't come in. And we have the case still, and, finally, it gets out of here, and you go back and, no, they can't come in. So, obviously, he says, please let him in. And then, finally, when you change and let them in, he says, by the way, we would like hands plus ...audible prayer. That's what you used to do….And so my question was, what do we do about that?

Lawyer Stone for Texas countered: it’s up to the inmate to make requests in a timely manner. If he doesn’t, that’s on him.

The state’s interest is to prevent interference with the execution in the death chamber, he argued. For example, a microphone hangs from above the inmate’s head for the staff to monitor in case of something unexpected as death occurs. Someone could exploit that moment to make a political statement. Staff wouldn’t be able to hear the inmate, and it could traumatize the victim’s family in attendance.

KRETZER: As far as anyone has looked, Justice Breyer, for 100 years or longer, there’s not a single instance of any chaplain ever causing any such disturbance.

STONE: And it turns out TDCJ is a correctional institution dealing with the extraordinarily charged and choreographed area of a death chamber. There is a very significant difference between having an outsider with no relationship whatsoever --

KAGAN: Are you aware in any other states of an execution going astray because of an outside spiritual advisor?

STONE: No, Justice Kagan...This is the sort of thing we would anticipate to be a very low likelihood of occurring. It just has a catastrophic potential of potential damage if it did.

Stone said the state wanted to minimize the risk of the execution going awry.

Justice Kavanaugh acknowledged with emotions so high, nobody can know how someone might react.

KAVANAUGH: I mean we have to think of the victim’s family members too with this, oh it’s gonna be a stay here and stay there and each time they’re brought to the execution room decades after the crime where their father was beaten to death and stabbed to death in a parking lot. I mean, I just think we -- that's all by way of saying that has a legal point to it, if we're going to rule for you, I think we need some clear lines so...we're not putting future victims' families in the same position of time after time having these delays.

KRETZER: Justice Kavanaugh, I have nothing but the greatest sympathy for the family of Pablo Castro.

Yes, Kretzer responded, victims matter, and the court must consider that along with Congress’ intent when it passed the law protecting inmates’ rights. He emphasized one amicus brief that made a larger point:

KRETZER: ...where they showed the historical examples of where pastoral or spiritual guidance has been given throughout history to people as risible as the Nazis, and the point was made it was not a luxury afforded for who those people were— but something that religion affords in larger society because of who the society is.

Lawyer for the federal government Eric Feigin shed light on how executions are carried out at the federal level. That’s done on case-by-case basis, accommodating requests as much as is reasonable.

He said physical contact with the inmate is a concern, as it could interfere with the IV lines. The Bureau of Prisons permits touch before administration of the drugs. And vocalization is allowed.

A decision is expected by July.