Legal Docket: Due process for students 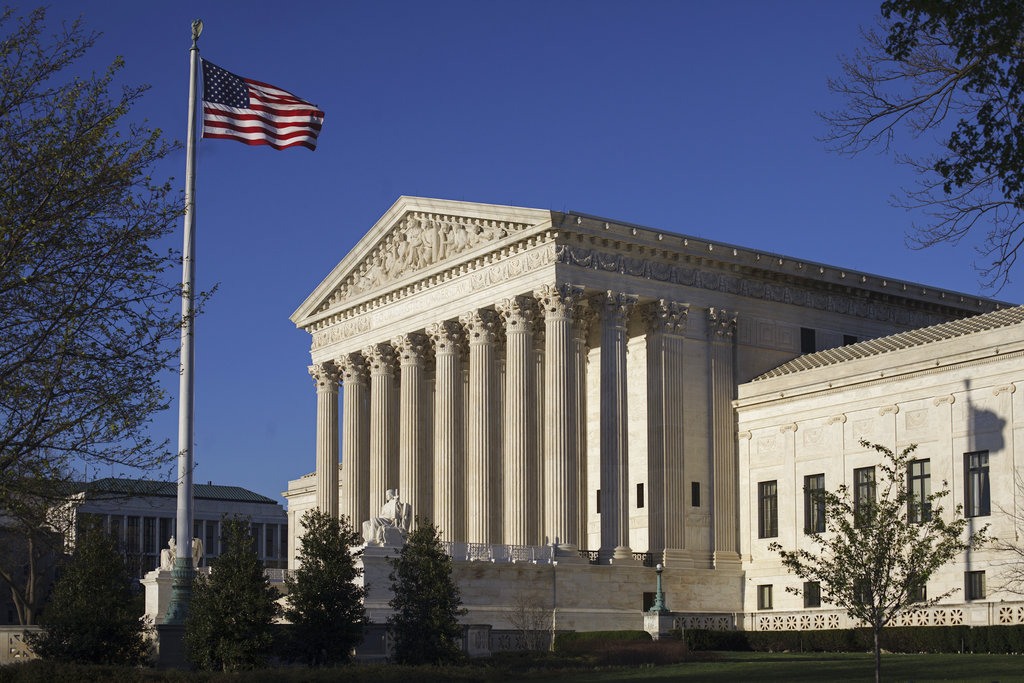 NICK EICHER, HOST: It’s Monday morning, start of a new work week for The World and Everything in It. Today is the 13th day of August, 2018.

MARY REICHARD, HOST: And I’m Mary Reichard.  The Framers of the Constitution seemed to be students of human nature. They seemed to understand broadly that the Bible commands truth-telling and portrays man as prone to break that command.

James Madison wrote, “If men were angels, no government would be necessary.”

EICHER: Because humans lie, the American legal system has set up ways to sort truth from fiction.

Those systems are not infallible. After all, the same race of humans who lie to the system also run the system.

You don’t have to think very long to come up with examples of corrupted justice.

NIFLONG: I’m not going to allow Durham’s view in the mind of the world to be a bunch of lacrosse players from Duke raping a black girl in Durham.

It’s not that it was completely unreasonable to suspect it: A late night, alcohol-filled party that included strippers devolved into rape allegations with racial overtones.

Niflong wasn’t the only one prematurely declaring guilt.

The media did, too.

GRACE: If nothing happened and all these allegations had been made up, why did the lacrosse coach quit? Why would she run from the house in one shoe?

PROTESTERS: Hey hey! Ho Ho! All rapists have to go!

But 13 grueling months later, the state had to drop all charges  for lack of evidence. The damage from the rush to judgment, however, continues. As one of the young men told 60 Minutes, his name is forever linked to a rape at Duke.

REICHARD: Let me say this right up front: false rape allegations are infrequent. Nine-in-10 turn out to be true.

And what happened to the Duke lacrosse players showed the criminal courts system did work—albeit painfully, and only when a dedicated defense attorney did his job against overwhelmingly negative public opinion.

But what about accusations of sexual assault that are contained within the university campus system? Can a rush to judgment occur there, too?

EICHER: Most universities do not provide key due-process protections in campus judicial proceedings. And this doesn’t sit well with college students. Listen to Samantha Harris with the Foundation for Individual Rights in Education. You’ll hear her refer to the organization by its acronym FIRE. She talks here about survey results:

HARRIS: Ninety-eight percent of students think it’s very important or important that students have campus due process protections in college. This was an important one: a lot of times when FIRE says that a school’s process is unfair, the school will say, “Well, the purpose of a campus judicial process is just to be educational. It’s not supposed to be punitive,” although they’re suspending and expelling students.

EICHER: Under President Obama in 2011, the U.S. Department of Education issued a controversial order. It required universities that receive federal funds in effect to lower due-process protections for students accused of sexual assault.

REICHARD: So what happens when a college student is on the wrong side of an explosive accusation?

Patricia Hamill is a Pennsylvania lawyer well versed in this area. Here’s part of our conversation.

Well, Patricia, could you lay out, then, a typical scenario of a student who gets caught up in accusations on campus?

HAMILL: It usually starts with the student getting an email from the Title IX office. That’s the office that investigates complaints of sexual misconduct on campus. They’ll get a notice and it will say, “Dear student, we’ve had an accusation or complaint made against you.” It’s usually fairly vague, “We’d like you to come by our office tomorrow. I see you have no classes, why don’t you come by at 10 am.” At that point, the student is either going to go and attend that meeting, or they’re going to get on the phone and hopefully call their parents and say, “I might be in some trouble here,” and get some help. Usually we’ll get a call from a parent or the parent and student to say, “My son”—it’s usually a son—“has gotten this notice. What do we do next?” They’re now looking for an adviser to help them through the process.

REICHARD: And then as the disciplinary process from the university unfolds, what often happens?

HAMILL: Well, there’s a couple of different models that universities use for these proceedings. The question is whether the college or university uses what’s called a “single investigator” model. So, they may have somebody inside the university or they’ll bring in somebody outside of the university to basically be the investigator, judge, and jury. That person or a co-team will investigate the accusation. They’ll interview witnesses and at the end of the day, they’ll make a determination as to whether there should be a finding of responsibility or not.

Other times there will be an investigator that is brought in that’s really just a fact-finder… They’re going to prepare a packet of information, witness interviews, text messages, and hand it off to a hearing panel and the students, both students in those instances, and witnesses will appear before a hearing, usually a three-person panel who will then actually hear the case live.

REICHARD: Okay, and then if that outcome is not satisfactory to the student’s way of thinking, sometimes it comes to a lawsuit against the school, right? So then what do you allege in the complaint?

HAMILL: Sure. And there usually are, just to be clear, there usually are appeal rights within the university, but they’re very limited. And so if the outcome is such and a student’s been expelled and thinks they have grounds to bring a lawsuit against their school and if we represent them in that, what you’re usually looking at is an element of fundamental unfairness in the process. The facts have to have a feel that the student was treated unfairly and you’re going to use either a breach of contract action—the school didn’t follow the procedures that they set forth in the handbook where they promised to give me these rights—or I was discriminated against based on my gender and I didn’t get a fair process as a result. Or, if it’s a public university, I didn’t get due process. And that can be anything from I didn’t have adequate notice of what I was being accused of, I didn’t have an ability to really defend myself, and one of the hallmarks of all of these proceedings, regardless of whether they’re public or private, is there is no direct right of confrontation against your accuser, except in very rare instances. There’s a couple of schools around the nation. So, those are the types of claims that get brought into litigation because that’s where the unfairness in the college process tends to reside.

REICHARD: How is it even possible? Why are rights different on campuses than outside of campuses?

REICHARD: And in your experience in the cases you’ve taken on, how does it turn out, more often than not?

HAMILL: Well I won’t talk specifically about any case I’ve handled, but I will say that I’ve followed these issues very closely. Since about 2012, there have been about 250 complaints brought by accused students, almost all male students, against their colleges or universities arising out of these disciplinary processes, and about 60 percent of them have gone in favor of the student. Which may not sound like that great of a statistic, but prior to a lot of this litigation, courts gave great deference to colleges and universities in any disciplinary setting because they were used to having a hands-off approach.

Courts are looking much more skeptically in this arena at what colleges and universities are actually doing in these processes and the repercussions for these students. So, it’s actually going in the right direction, at least from my perspective as someone who represents responding students.

REICHARD: And then finally I want to ask, in your experience, what are the repercussions to young men who are unjustly accused and then disciplined by colleges regardless?

HAMILL: Sure, sure. And I think the first part of it is just the emotional impact of an accusation, the uncertainty of what the outcome will be or oftentimes these students can get ostracized on campus because the mere allegation is a problem. But if they are found responsible to have violated the school’s policy, they have great difficulty transferring to another school if they’ve been suspended or expelled because another school is going to be afraid to take on the risk of a student who’s been found responsible at another school.

And one practical effect also is while a disciplinary proceeding is pending, many of these students have their records on hold. So you haven’t been found to have done anything wrong, you just have an accusation against you. You might be a senior who’s looking for a job and your employer or soon-to-be employer says, “I need a copy of your transcript,” and you can’t always even get that or if it’s given to you, sometimes it has an annotation on it that says there’s a disciplinary matter pending. It’s a whole variety of issues that can impede these students and their ability to just move on in life. And reputation is obviously key and it can get very damaged through these processes.

REICHARD: That was lawyer Patricia Hamill.

As your young adults head back to university over the next few days and weeks, talk to them about staying out of trouble. Maybe even show them what happened to the Duke lacrosse team players, and ask them: Is the alcohol and immoral behavior worth it?

(AP Photo/J. Scott Applewhite) In this April 4, 2017 photo, the Supreme Court Building is seen in Washington.