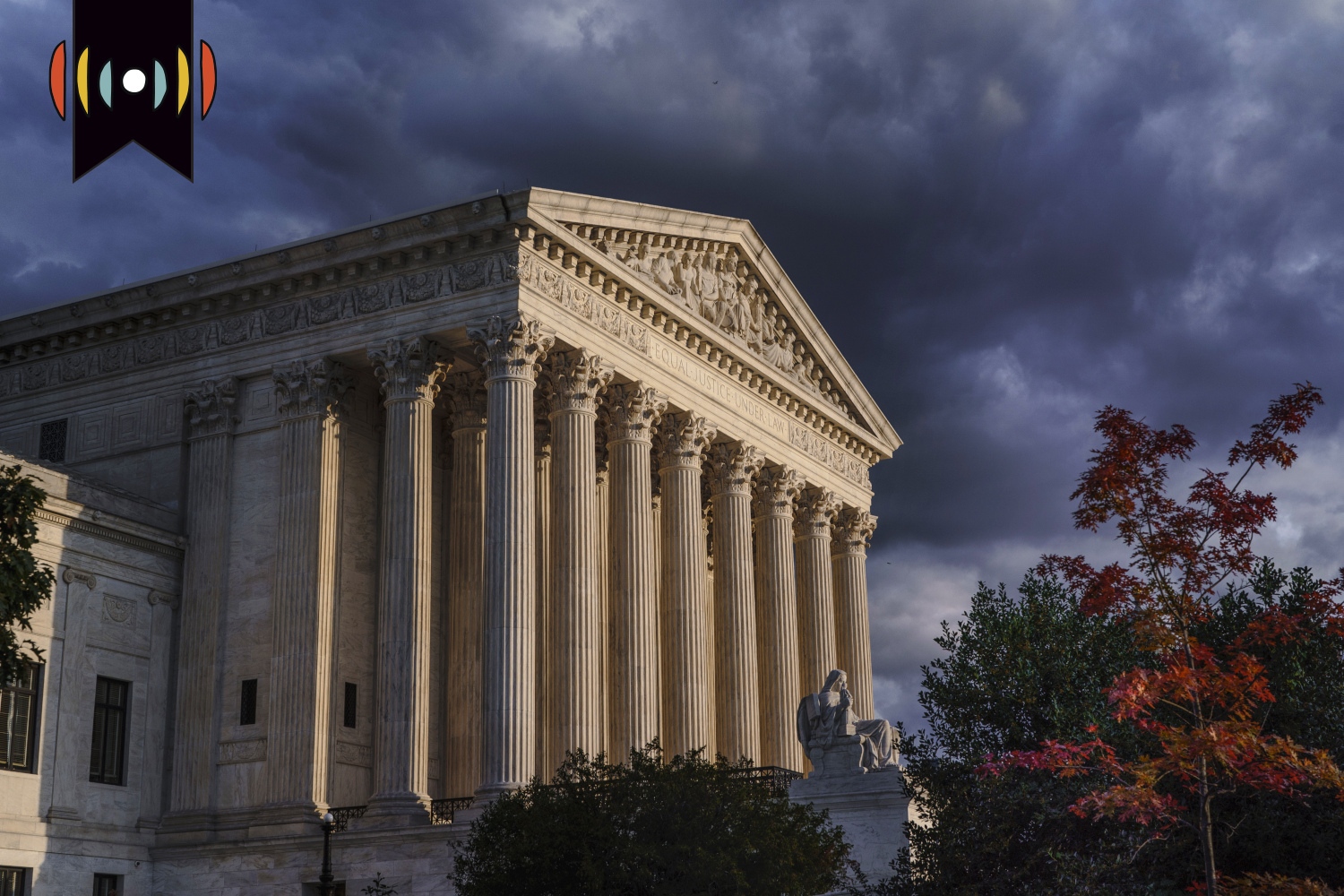 NICK EICHER, HOST: It’s Monday, December 20th and we’re so glad you’ve joined us for today’s edition of The World and Everything in It. Good morning. I’m Nick Eicher.

MARY REICHARD, HOST: And I’m Mary Reichard. We’re in the home stretch of our December Giving Drive. Including today, we have 11 days remaining and we still very much need your help to get across the finish line. So I’d like to encourage you to please visit WNG.org/donate.

EICHER: It does take significant resources to produce this program, make sure it’s here for you every weekday of the year, and fund the journalistic team that keeps all of us operating at a high level—not only this program but deeply reported special projects like Kim Henderson’s “Truth Be Told,” Les Sillars’ “The Freedom Show.” The effort that goes into projects of those kinds is simply enormous.

REICHARD: Not to mention the news team that delivers The Sift each day, as well as the hugely important weekly newsletters on life issues, education, family, religious liberty, WORLD Magazine, WORLD Watch, WORLD Opinions—all this work does need your support.

My family has made a gift, so I can truly say, I hope you’ll join me and support this year’s December Giving Drive.

EICHER: Well, the Eichers have, too. It’s so simple and secure to give online at WNG.org/donate. Again, 11 days, more than 300,000 still to go to reach our goal. And what a shot in the arm it would be to blow that goal away and show the hunger there is for hard-working, truth-telling journalism, rigorous reporting, trusted opinion—so needed in days like these.

The Supreme Court heard oral argument this month in a case from Maine that might further expand school choice.

Maine is a rural state. It has many sparsely populated areas, and sparse population means sparse tax base. So some school districts can’t even afford to operate a high school. The state nevertheless promises free education to all, and thus for 150 years it ran a “tuitioning program,” as Maine called it. Rural students could choose to attend public school or private school and receive the funds to pay for it.

EICHER: But about 40 years ago, the state made a change: it excluded faith-based schools from the menu.

Schools can be affiliated with a religion, but to qualify for the tuition program, they must offer only secular education the law says that is “roughly equivalent” to what public schools offer.

That’s a problem for families in Maine who want their children to attend a religious school. They say their state discriminates against religious exercise rights and treats them unequally—and that unequal treatment violates the Constitution.

REICHARD: The right is one’s religious practice; the public program is the tuition assistance.

Maybe this sounds familiar to you. Last year, the Supreme Court ruled that a state doesn’t have to subsidize private education. But the moment it does, it doesn’t get to draw a circle around religious schools and exclude them. In legal parlance, cut them out because of their religious status.

On the other side in defense of the exclusion of religious schools, lawyer Christopher Taub. He argues this is about public policy.

TAUB: The reason that schools that promote a particular faith are not eligible to participate is simple. Maine has determined that, as a matter of public policy, public education should be religiously neutral. This is entirely consistent with this Court's holdings that public schools must not inculcate religion and should instead promote tolerance of divergent religious views.

ALITO: Suppose a school inculcates a purely materialistic view of life. Would that be okay?

TAUB: So, I mean, this is something that we -- that we've thought about, and I think there --

Taub answered that’s for the legislature to decide, and besides, that’s not the issue here.

ALITO: Would you say the same thing about a school that teaches critical race theory?

TAUB: So I think that that is something that the legislature would have to look at….

What Taub called “outlandish hypotheticals” aside, he argued the state isn’t hostile to faith. The proof is that neither would Maine pay tuition for a nonreligious, private school that taught, say, white supremacy. Or one that taught that all religions are bad.

Justice Amy Coney Barrett questioned the assumption of oversight in that answer. Remember, “sectarian” means “religious” in this context.

BARRETT: You said that if a private secular school taught that all religions were bad, religions were bigoted, that they would not be eligible for participation in Maine's program. Why? That's not sectarian, is it?

A pretty stark difference: Maine will fund non-religious schools, but its law is silent about those schools being religiously neutral.

Bindas for the families underscored the folly he sees in the opinion from the lower court that favored Maine:

Religious discrimination is religious discrimination, Bindas went on to say. As for those “religious things” that Maine objects to? Maine’s brief listed several: teaching that marriage is between a man and a woman; that two genders are biological reality; that scripture prohibits homosexual behavior; these private Christian schools even require their teachers be “born again.”

Taub argues to exclude that “use” of public funds aligns with Maine’s public policy not to proselytize children. And many Americans probably agree with him.

But the distinction between “use” and “status” is fuzzy. People of faith don’t separate them. For example, I pray because I’m Christian. My “use” is prayer, my “status” is Christian, in the eyes of the law. Everyday life is infused with faith.

The brief filed by the Cato Institute pointed out that many people object to what public schools teach about sex and gender. Is that not also establishing a belief system? One of secularism?

Justice Elena Kagan didn’t think so. Only one side here is discriminatory.

She asked, why not let different areas of the country come up with different solutions? (Note she does not support this method when it comes to abortion laws.)

Bindas answered that this program should turn exclusively on the private choice of parents. Not government officials who decide what is or isn’t “religious.”

About those parents. Lawyer Taub for Maine pointed out they probably lack standing to sue, because the schools they want for their kids likely won’t accept public money. And that’s because the state will condition the funds on the state’s beliefs about sexual orientation. So even if the parents win here, they’ll get no satisfaction.

Round and round we go.

I’ll let Justice Barrett have the last word, because I think she nails the essence of this whole debate.

BARRETT: So all schools, in making choices about curriculum and the formation of children, have to come from some belief system. And in public schools, the public school -- the school boards, the districts are making that choice, those choice of classes to be taught and the kind of values that they want to inculcate in the students.

I couldn’t help but notice how media outlets on the left reported on this case. Here at WORLD, we strive to report about the sensational facts with understated prose.

But here’s how Slate framed the case, listen to this: “A conservative supermajority may soon force states to fund Christian schools that indoctrinate students with hate.”

Last case today, I’ll do this fast: Two men on death row say that their lawyers were so bad at trial that they should be able to show evidence of it now, even though the point wasn’t raised sooner [by zombies].

The 6th Amendment says criminal defendants have a right to assistance of counsel at trial. And in the practice of law, time is of the essence.

This case has lots of wrinkles that I’ll not go into.

But you can hear what the justices were grappling with in this clip from Chief Justice Roberts:

ROBERTS: The plain language of a statute seems to require one result - the result your friend argues for. And the plainly logical meaning of a subsequent precedent would seem to require the result that you argue for? Like, what -- do you have a case that says how we're supposed to reconcile those two things?

How to reconcile things? A skill each of us could use.