What accommodations does federal law require? 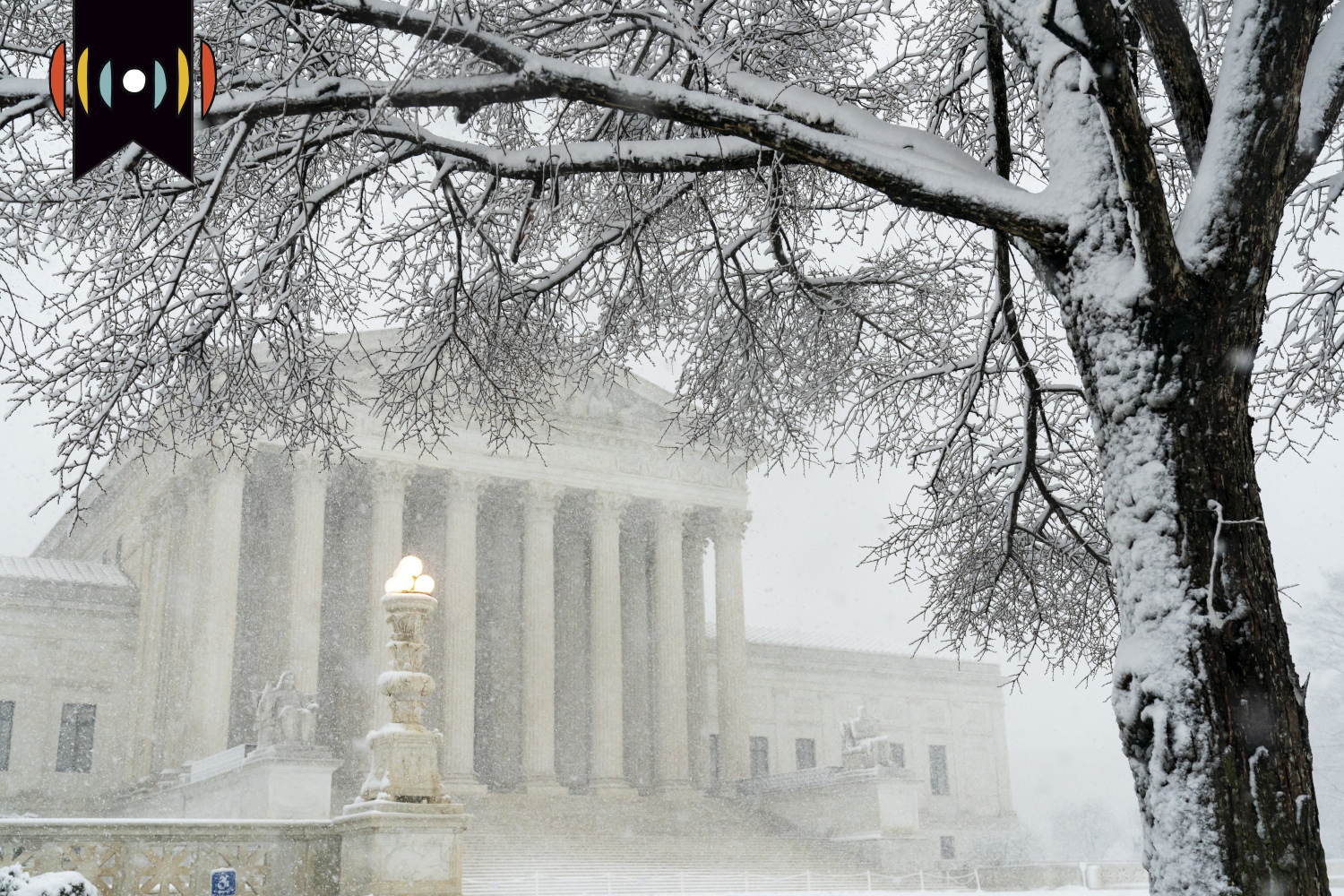 MARY REICHARD, HOST: It’s Monday, January 17th, 2022 and you’re listening to The World and Everything in It from WORLD Radio. Good morning! I’m Mary Reichard.

On Thursday, the U.S. Supreme Court handed down opinions in the two COVID19 mandate cases the justices heard the week prior.

The high court blocked one of them but allowed the other.

In the case involving OSHA—the Occupational Safety and Health Administration—the court’s 6-3 ruling stops the Biden administration’s vaccine-or-test rules for large private employers. The conservative majority reasoned that OSHA’s origin statute is about regulating workplace safety. Congress gave the agency no authority to regulate ever-present dangers in the world that also happen to exist at work.

REICHARD: The majority pointed out that OSHA treated all occupations exactly the same way. For example, a truck driver who does his work alone is not in the same risk category for infection as would be a worker in a meatpacking plant.

Furthermore, the court reasoned, Congress must clearly delegate to an agency powers of such enormous economic significance. As Justice Neil Gorsuch wrote: if proper application of the law only applied in “more tranquil conditions, declarations of emergencies would never end … .”

Court analysts saw this decision as a victory for the constitutional concept of separation of powers. And a rebuke of the Biden administration’s attempt to work around the law.

EICHER: The other mandate stands. That’s the one that says you either take the vaccine or lose your job in healthcare.

This one went 5-4. Chief Justice John Roberts and Justice Brett Kavanaugh joined the court’s three liberals to uphold that mandate.

The court grounded the decision in a hodgepodge of different statutes that involve Medicare and Medicaid funding. Basically, if a hospital wants federal funds it must accept federal conditions, and one of those conditions is now mandated vaccinations.

REICHARD: Dissenting Justices Clarence Thomas, Samuel Alito, Neil Gorsuch, and Amy Coney Barrett thought the same reasoning that applied in the OSHA ruling ought to apply here. That is, the law authorizing the Department of Health and Human Services doesn’t allow agency work-arounds to impose an irreversible medical treatment onto 10 million healthcare workers.

The upshot to my mind is that neither opinion puts a real limit on what the federal government might do. As former federal prosecutor Andrew McCarthy wrote in National Review: The justices are simply saying that Congress must be clear in its enabling language.

In other words, the only limiting principle here is Congress.

EICHER: Okay, on to oral arguments.

First, a question of disability rights.

This case involves a woman by the name of Jane Cummings. She is deaf and her vision is so severely limited that she is classified as legally blind. She had sought physical therapy for chronic back pain from an outfit called Premier Rehab.

Because of her disability, Cummings said she needed Premier Rehab to provide special help in her therapy sessions, an interpreter who could communicate in American Sign Language.

Premier Rehab declined to do that, saying she could use other methods of communication: writing notes, for example, or she could bring along her own interpreter.

Cummings sued, arguing that under Title VI of the Civil Rights Act of 1964 and other laws, she is entitled to damages for emotional distress because Premier Rehab discriminated against her based on her disability.

REICHARD: You’d think this would already be worked out by now, but it isn’t. Things get complicated because those laws aren’t explicit about the particular kind of damage, in this case emotional distress.

ROZYNSKI: Emotional distress damages are the most common and often the only form of compensatory damage remedy for victims of intentional discrimination.

But Premier Rehab’s lawyer Kanon Shanmugam argued Cummings sued under the wrong laws, because the ones she used don’t provide for damages for emotional distress.

SHANMUGAM: And so I think that that points up the quintessentially legislative nature of the undertaking here and a reason for the Court to be cautious.

Regardless, Justice Elena Kagan thought non-economic harm matters. Like not receiving help from an interpreter.

KAGAN: But we've long recognized, Mr. Shanmugam, that discriminatory harms are often stigmatic in nature, that they can be very deep and very wounding even if there is no economic harm of the kind that you're talking about. SHANMUGAM: And yet, Congress has made the judgment under these foundational statutes that I just referred to that emotional distress damages are not available.

Other ways to obtain those damages exist, Shanmugam countered. Like from remedies offered under state law.

Not only that, but people need to be on notice about the things they might be liable for. The laws under which Cummings sued are silent about private remedies, so how would Premier Rehab even know?

That’s very different from other anti-discrimination laws that clearly lay out what damages you can receive.

The federal government sides with Cummings. Here’s Assistant to the Solicitor General Colleen Sinzdak beating back claims that emotional distress damages awards can get out of hand:

SINZDAK: …we have had 30 years of these kinds of damages being available, and while -- while Respondent and their amici attempt to cite examples of high awards with respect to emotional distress, they just aren't from this family of statutes. And you have to assume that they've been boiling the oceans looking for sort of exorbitant awards, and they're not finding them.

The circuits are split on whether emotional distress is a foreseeable consequence of discrimination sufficient to warrant damages. The justices have to figure out what kind of case this really is and how it fits into the various related statutes.

This last case today has to do with retirement plans. It’s hard to tell this in an exciting way. But when your retirement money is on the line? You can get excited about it real fast.

Listen to lawyer for employees of Northwestern University who participated in the school’s retirement plan. David Frederick:

Well, heads up to Congress on that first line about wasting money. But that’s another story.

The employees allege the people in charge of the plan breached their fiduciary duties under a law known by the acronym ERISA, Employment Retirement Income Security Act. Paid too much for recordkeeping, paid too many management fees.

Justice Elena Kagan laid it out this way. I’ve edited to keep it clear.

KAGAN: Mr. Frederick, are you saying that, basically, Northwestern just failed to use its existing leverage, failed to bargain, just was -- you know, there was a bargain right in front of it, it -- and it -- it ignored it. That just sounds like negligence and bad trustee management.

Like any good lawyer, Frederick wasn’t going to look a gift horse in the mouth.

Justice Thomas got down to numbers and where to draw the line.

THOMAS: At some point, how much difference would there have to be before it doesn't matter? I mean, you could say there could be an egregious case in which they could have made a 20 percent return on investments, but you think that…they make a 19 percent return. You disagree as to what the strategy should be. I mean, so you say there's no limit for them, but, you know, there's no stopping point for you either.

FREDERICK: Well, the stopping point for us, Justice Thomas, is objective reasonableness…

Several legal threads ran through oral argument. Like what does an ERISA plaintiff have to allege to state a viable claim that fees and expenses are too high?

Gregory Garre argued on behalf of Northwestern University in defense of its handling of the retirement plans. He argued that his client can’t be liable for having some higher cost options for investment when it also lets participants choose some lower cost options. Also, the complaint is just too vague.

Justice Gorsuch took up for him in this question about judicial restraint directed to Frederick for the employees:

GORSUCH: It does raise some questions about judicial competence and administration and realms of reasonable judgment. What guidance would you have us give? Because I don't think you'd say -- want courts to say 40 is a magic number and -- and -- and that choice is bad. I mean, all things equal, choice is usually a good thing.

Justice Kagan took up for the employees with this hypothetical directed to Garre:

KAGAN: Suppose there were a complaint that said the fees that they were paying were much higher than comparative plans have paid, and this was because they never went back to their record-keepers and used their bargaining power and really stomped on the table and got lower prices and they never put out the recordkeeping function for bids and they never did a bunch of things that can lead to lower recordkeeping fees.That's sufficient, isn't it?

GARRE: I think that's much closer, and -- and I don't know the exact complaint.

ERISA disputes come up a lot at the Supreme Court. This time, the justices seemed to cast about for some middle ground: a way to stem the tide of these kinds of lawsuits with a way to let a complaint develop enough to see if it has any merit.