Should Puerto Ricans have access to U.S. disability payments? 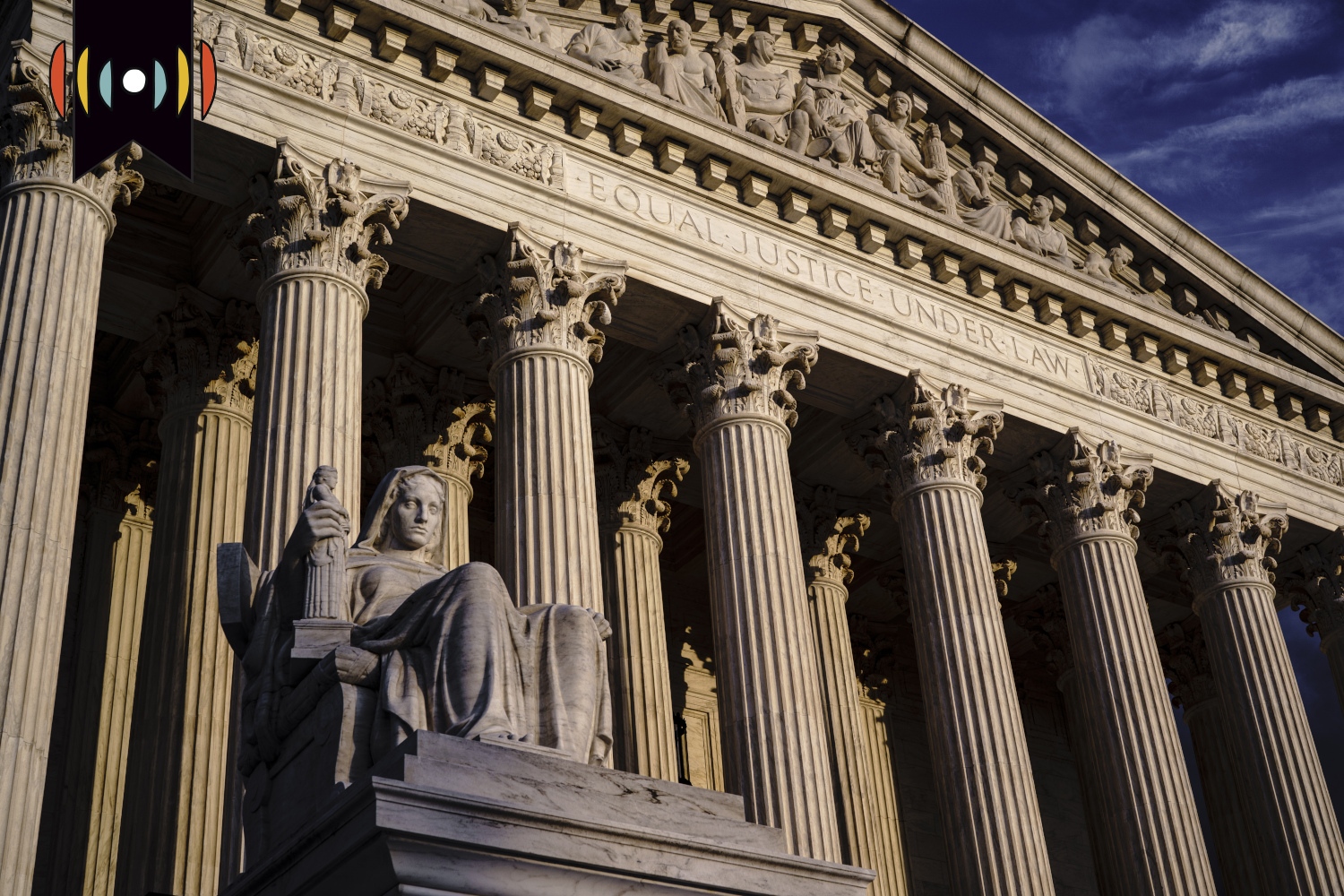 MARY REICHARD, HOST: It’s Monday morning, the start of a new work week for The World and Everything in It. Today is the 29th of November, 2021. Good morning to you, I’m Mary Reichard.

NICK EICHER, HOST: And I’m Nick Eicher. Welcome back! Hope you had a terrific Thanksgiving!

REICHARD: Well, same to you! It’s my favorite holiday, really! Just wonderful and thankful to God for a full and happy household.

Before we get going, I want to say again what we said last week about a special offer from WORLD—two special offers, to be precise. First, special pricing on WORLD Watch, that’s our daily TV news for students, a great resource for homeschool families, really all families with students in their teens and even younger to help teach news literacy, critical thinking skills, and Biblical discernment around the news of the day. Really excellent resource. WORLD Watch: six months for just $20 and you can take advantage of that the rest of the day, extending that offer beyond Black Friday into what they call “Cyber Monday.” You can claim that offer today only at worldwatch.news.

REICHARD: The second offer is for WORLD Magazine. It’s been a popular offering to discount the price of gift subscriptions to WORLD and this is a deep discount: You can give three gift subscriptions for just $99. So just like that, you can take care of three people on your Christmas list and that’s also a Cyber Monday offer we’ve extended beyond Black Friday.

You can claim that today only, so time’s running out. Just go to wng.org/BlackFriday.

Last week, the US Supreme Court handed down a unanimous 9-0 decision that rejected the state of Mississippi’s claim that Tennessee was stealing its water.

REICHARD: The court disagreed with that. The justices noted that by Mississippi’s reasoning, any state that sits upstream could completely cut off the water supply of a downstream state. They applied the same judicial remedy as they do to interstate rivers, streams, groundwater, and migratory fish.

The remedy of equitable apportionment means the aquifer will be allocated in a fair way among the states, with each state having an equal right to reasonable use of shared water resources.

EICHER: The justices did allow for Mississippi to file a separate legal action under that theory. So there may be more to come.

Alright, now for two oral arguments the justices heard a few weeks ago.

First, a case involving the Supplemental Security Income program—SSI—which helps to meet the basic needs of elderly, blind, or disabled people with little-to-no income. The case asks whether Congress violated the Constitution by excluding Puerto Rico from the SSI program.

That program applies to all 50 states, the District of Columbia, and the Northern Mariana Islands, but not Puerto Rico. Although Puerto Ricans are U.S. citizens by birth, they have no voting rights, but they also don’t have to pay many forms of federal taxes.

REICHARD: The named party in this case is Jose Luis Vaello-Madero, who was born in Puerto Rico. He moved to the mainland United States as an adult, while in his 30s. Decades later, he lost the ability to work and began in the year 2012 to receive SSI benefits.

JENNY ROUGH, REPORTER: In 2013, the year after starting to receive SSI, Vaello-Madero moved back to Puerto Rico. He continued to collect disability benefits —until the U.S. government found out and stopped it.

Vaello-Madaro argues that to deny him disability benefits solely because he lives in Puerto Rico violates the equal protection clause in the Fifth Amendment.

The United States argues that so long as it has a rational basis for that differential treatment, it’s fine. Here’s Deputy Solicitor General Curtis Gannon arguing on behalf of the federal government:

CURTIS GANNON: Congress has expressly exempted them from the obligations to pay many forms of federal taxes, including federal income tax in most instances, excise taxes, gift taxes, and estate taxes, which means that much of the revenue that would have flowed into the federal treasury can instead be tapped by territorial government, which therefore has greater leeway to make different fiscal or economic choices consistent with its distinctive status as a self-governing commonwealth. Congress could reasonably take those considerations into account when deciding that Puerto Rico's residents would receive some federal benefits but not others.

In other words, a balance between federal benefits and federal burdens. Less goes in? Less goes out.

Several justices asked about where to draw the line. Why do some people get benefits while others don’t?

Listen to Justice Sonia Sotomayor, who was born in Puerto Rico, in this condensed exchange with Gannon, for the government:

JUSTICE SONIA SOTOMAYOR: If Congress said, Vermont, you have too many needy people, the cost is going to be too great to us, we're not going to pass this law on to Vermont, would that pass equal protection? Most of the SSI recipients, if not all of them, don't pay taxes. Puerto Ricans are citizens, and the Constitution applies to them. Their needy people are being treated different than the needy people in the 50 states, the District of Columbia, and the Northern Mariana Islands. So explain how those people, none of whom pay taxes to the federal government, how are they different?

GANNON: The primary reason why they are different is because they live in a community, in a locality where there is less tax money being taken by the federal government out of that community to being taken into the general revenues at the federal level, which is then distributed through various federal benefit programs.

Justice Sotomayor pointed out that this case involves race, a suspect class. That means a stricter standard of review is required, more stringent than mere rational basis of review.

SOTOMAYOR: Puerto Ricans are Puerto Ricans. They're Hispanic, and they are routinely denied a political voice. They're powerless politically. All you have to do is, well, listen to some of the rhetoric about Puerto Rico and you know there has been discrimination shown. Why shouldn't that add to the scrutiny?

GANNON: Well, this statute classifies on the basis of location, not ethnicity or race that’s why Respondent was able to get these benefits while he was living in New York.

Lawyer for Vaello-Madero, Hermann Ferre, argued that poor and disabled individuals on the mainland also pay less in federal taxes.

HERMANN FERRE: But it is also simply irrational to treat Mr. Vaello-Madero differently just because he's now in Puerto Rico. For all relevant purposes, he is the same as similarly situated individuals in the states and the Northern Mariana Islands. Tax status is irrelevant. Those poor enough to qualify for SSI pay no federal tax, and they don't have to to qualify.

Even so, Justice Brett Kavanaugh pointed out that among state residents, the Constitution itself provides for unequal treatment.

JUSTICE BRETT KAVANAUGH: You made compelling policy arguments, but there are parts of the Constitution's structure that people would want to change. The two senators per state discriminates against people in larger states. Many in some of those larger states have more minority population. The Electoral College gives you a slight, just a slight, but a slight advantage if you're in a smaller state. Delaware and Rhode Island, your vote for president counts a little more than your vote if you live in New York or California, for example. And Article IV is similar.

It’s Congress’ job to make changes to the SSI program, he said.

JUSTICE ELENA KAGAN: It does seem as though that clause goes pretty far towards authorizing Congress to make rules about the territories, which inevitably means or may inevitably mean to make distinctions between the territories and other parts of the United States. So why shouldn't we understand the clause essentially to resolve this matter?

Either way, Kagan also pointed out Congress is considering legislation right now that would extend the benefits to Puerto Rico. It would only affect this case, however, if it applies retroactively.

This last case today is a copyright dispute between two clothing companies, Unicolors and H & M. Unicolors sued H & M over a jacket that it claimed copied its copyright for a fabric design. H & M countered that Unicolors gained that copyright registration through fraud. That’s what an appeals court found- that the copyright application Unicolors made wasn’t accurate and it knew so when it applied.

The legal question is what is required to invalidate a copyright—must the inaccuracy include the intent to defraud? Oral argument centered on the line between honest mistake, willful blindness, and the intent to deceive.

Here’s an exchange between Justice Kavanaugh and H&M’s attorney Peter Stris that indicates those lines aren’t always black and white.

JUSTICE KAVANAUGH: If you know that there's a material misstatement of law in an application you're submitting to the office, how do you not have an intent to deceive?

PETER STRIS: You may not believe it's material. In other words, you include something that's wrong. It is material, but you don't think so. Turns out it was material.