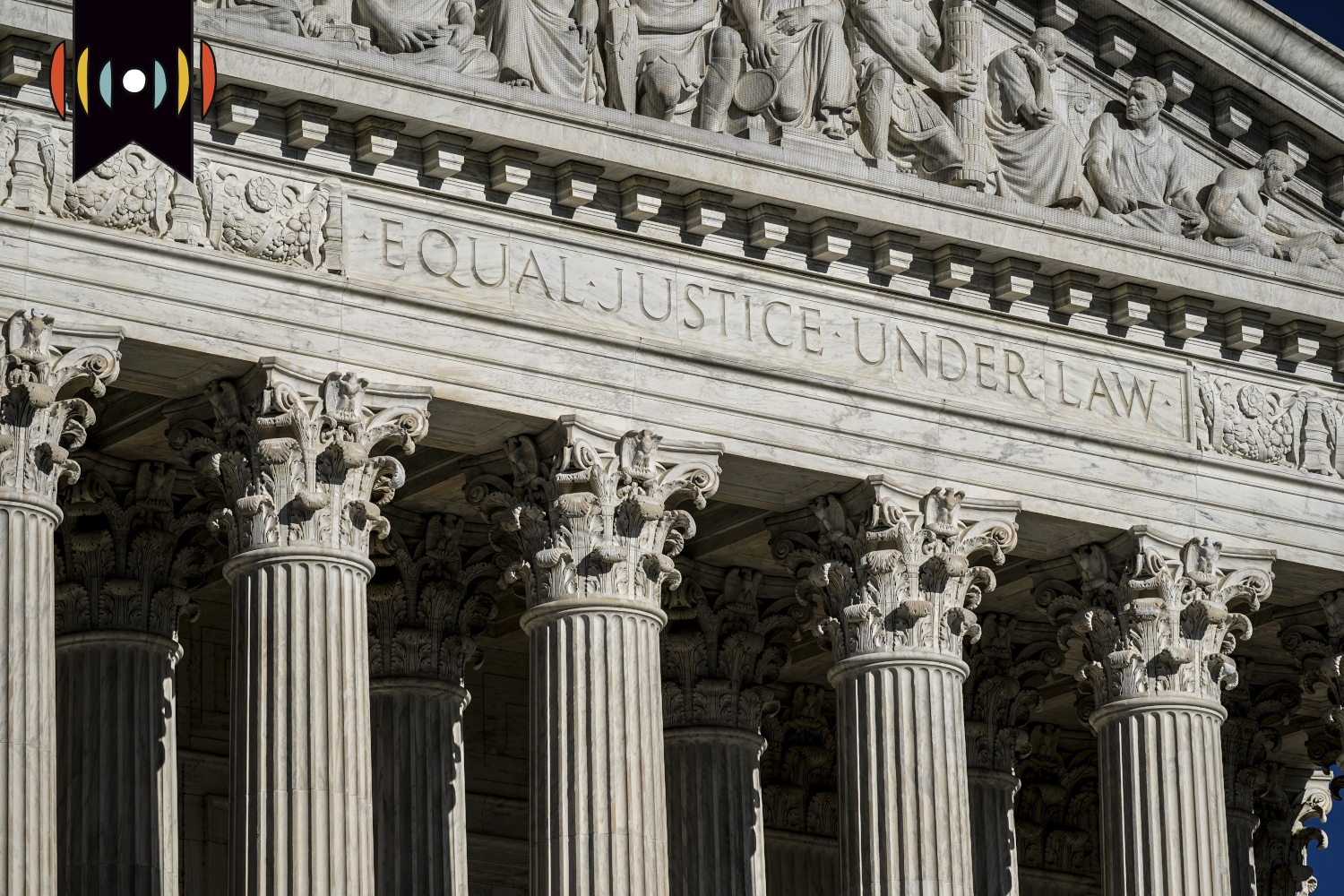 NICK EICHER, HOST: It’s Monday morning and a brand new work week for The World and Everything in It. Today is the 18th day of October, 2021. Good morning to you, I’m Nick Eicher.

Before we get to today’s arguments a quick note about President Biden’s Supreme Court commission.

Back in April, President Biden created the commission by executive order. The commissioners’ task: to analyze arguments for and against changes to the Supreme Court. Things such as the number of justices, the length of time they serve, and how the court chooses cases.

EICHER: Perhaps not surprisingly, the initial findings said the commissioners are divided on the question of court expansion … and so seemed to be edging against recommending it.

As far as term limits: The commissioners noted that replacing life tenure for justices with an 18-year limit had the most widespread and bipartisan support.

The final report isn’t expected until the middle of next month.

REICHARD: Alright. Well, while I was away last week, my colleague on the Legal Docket Podcast did the heavy lifting. WORLD legal reporter Jenny Rough is here with today’s update. Good morning, Jenny!

Today, I’ve got two oral arguments the justices heard this month. The first arises from the 2013 Boston Marathon bombing. Two brothers detonated the bombs near the finish line. Three spectators bled to death. Including an 8-year-old boy. The bombs also maimed hundreds of others. Victims lost limbs, their sight, their hearing.

And of course there was a lot of media coverage and that matters in this case.

REICHARD: Yes, it does. As for the perpetrators, the brothers: the older one died during a shootout with police. With regard to the younger brother, Dzhokhar Tsarnaev, police arrested him, he went on trial, was found guilty and sentenced to death … as well as several life sentences. The appeals court tossed out his death sentence. And the government is arguing that it ought to be reinstated.

ROUGH: So here are the two questions the Supreme Court agreed to look at here:

Before the trial began, the potential jurors went through a process called voir dire. A legal phrase that means “to speak the truth.” The judge, the prosecutor, and the defense lawyer ask questions of the jurors to see if they’re biased or if there’s a reason why they shouldn’t serve. Questions like: Do you understand the defendant is presumed innocent until proven guilty. Or: How do you feel about the death penalty?

And those questions get more personal as lawyers learn about prospective jurors.

For example, in this case, one worked at Mass General as a telecoms engineer. On duty the day of the bombings. So the defendant’s lawyer asked: Did you see anything? Go to the emergency department that day?

Another potential juror purchased a Boston Strong t-shirt for a nephew. The defendant’s lawyer asked: What does that phrase mean to you?

You get the idea. A fascinating process. And jury selection in this case took 21 days.

One of the questions the defendant’s lawyer wanted to ask centered on media coverage. What stood out in a juror’s mind? But the trial court didn’t allow it.

Justice Sonia Sotomayor seemed concerned about that. Here she questions attorney for the government, Eric Feigin:

JUSTICE SONIA SOTOMAYOR: The court permitted people to tell how much they had read. A little, a lot, or a moderate amount. But it didn't permit questioning as to what kind of publicity, because there was a whole lot of different publicity here. There was publicity on the day of the event. There was publicity the days after. There was publicity about what major politicians and others were suggesting the punishment should be. There were interviews of victims. … And the government objected when counsel attempted to elicit that kind of information.

ERIC FEIGIN: As to the different kinds of publicity, Justice Sotomayor, they didn't request any questions asking whether jurors had seen specific types of publicity. And I think the reason they didn't do that is because they didn't want to focus the jurors on those kinds of things, like what opinions people might have expressed about the death penalty—

SOTOMAYOR: So what’s wrong with the one question they wanted to ask, what stands out in your mind about all that publicity? That seems like a totally appropriate question to me.

ERIC FEIGIN: I think a question like that is unlikely to be particularly useful in a case like this because everyone saw the same coverage, so they were all going to say the same things: the carnage at the finish line, the chase in Watertown, the killing of Officer Collier.

SOTOMAYOR: If you ask a juror that and the juror says, I listened to Victim X and that has haunted me, that certainly would be information relevant to a defense attorney and even to the prosecution.

So that’s one question the court will consider: Did the district court make a mistake with that voir dire process in jury selection?

The second question had to do with the penalty phase and that’s one of two phases in death-penalty cases. First comes the trial: innocent or guilty? And then, if guilty, what punishment?

That’s the penalty phase and during that, the law allows a defendant to introduce mitigating evidence. Reasons why the defendant shouldn’t receive the death penalty. For example, he could introduce evidence that his older brother was bigger, more aggressive, controlling. And that unduly influenced him.

Tsarnaev did get to introduce some evidence like that. But not all he wanted.

For example, two years before the Boston Marathon bombing, somebody murdered three people in nearby Waltham, Massachusetts. Police never solved that crime. But one of the suspects turned out to be Tsarnaev’s older brother, his name is Tamerlan Tsarnaev. A friend of Tamerlan accused him of being the killer. During an interrogation at the accuser’s home, an altercation broke out and an FBI agent ended up shooting him dead.

The written statement of that friend wouldn’t be allowed at a regular trial. It’s considered hearsay, considered unreliable … because the friend cannot be called into court and questioned. He’s dead now.

But at the penalty phase for the younger Tsarnaev, Dzhokar Tsarnaev, he argued it should be allowed—as mitigating evidence that young Dzhokar was under the control of brother Tamerlan, a cold-blooded, experienced killer.

But the trial court wouldn’t allow it. And Justice Elena Kagan seemed to disagree.

FEIGIN: And this is very unreliable evidence because Todashev had every incentive to pin this entire thing on Tamerlan, who at that point was already dead and they knew they were looking for him.

Ginger Anders represented Dzhokhar Tsarnaev. She argued such evidence only needs to be minimally reliable. That Tsarneav didn’t have the chance to present that evidence had a profound effect. But Chief Justice John Roberts pointed out allowing such evidence could lead to a trial within a trial.

CHIEF JUSTICE JOHN ROBERTS: It would focus debate on something that the district court determined really just couldn't be resolved. There were no witnesses available. They were both dead. And he concluded that that would require—I don't know if he used the term or not—but a mini-trial, certainly, a detour into something that, at the end of the day, there was no basis for resolving. It isn't a question of, you know, who do you believe. It's they're both dead, and they're not there.

Anders later said the sibling relationship in this case is similar to the two DC snipers.

GINGER ANDERS: This is powerful mitigating evidence that showed that Dzhokhar was indoctrinated at the instigation of his brother. I think we know that influence and leadership are incredibly powerful mitigating concerns because of what happened in the D.C. sniper case. We know that that was a situation similar to here, where Lee Malvo was a teenager at the time he committed the offense, and he was radicalized at the behest of an older man. I think that is what could have happened to Dzhokhar here if this evidence had been permitted in.

Well, the last argument today involves a prisoner convicted of murder, Ervine Davenport. At his jury trial, authorities had him shackled at the waist, wrists, and ankles. Some jury members noticed those shackles, others didn’t. Both sides agree those visible restraints violated his constitutional right of due process. They don’t agree whether that violation is merely a harmless error. Davenport says he’s entitled to a new trial. But the other side says, he’s not because the shackles didn’t affect the jury’s verdict. Here, Justice Brett Kavanaugh questions Davenport’s attorney:

JUSTICE BRETT KAVANAUGH: What about the fact that all the jurors testified that the shackles did not influence the verdict?

TASHA BAHAL: This Court has made clear that relying on juror testimony as to whether the effect of shackles affected their verdict is unreliable. Because a juror will not always be aware of the effect of seeing a defendant in shackles. It has sort of a subconscious effect on the jurors.

The question in this case: What legal principles apply to determine whether the error was in fact harmless?