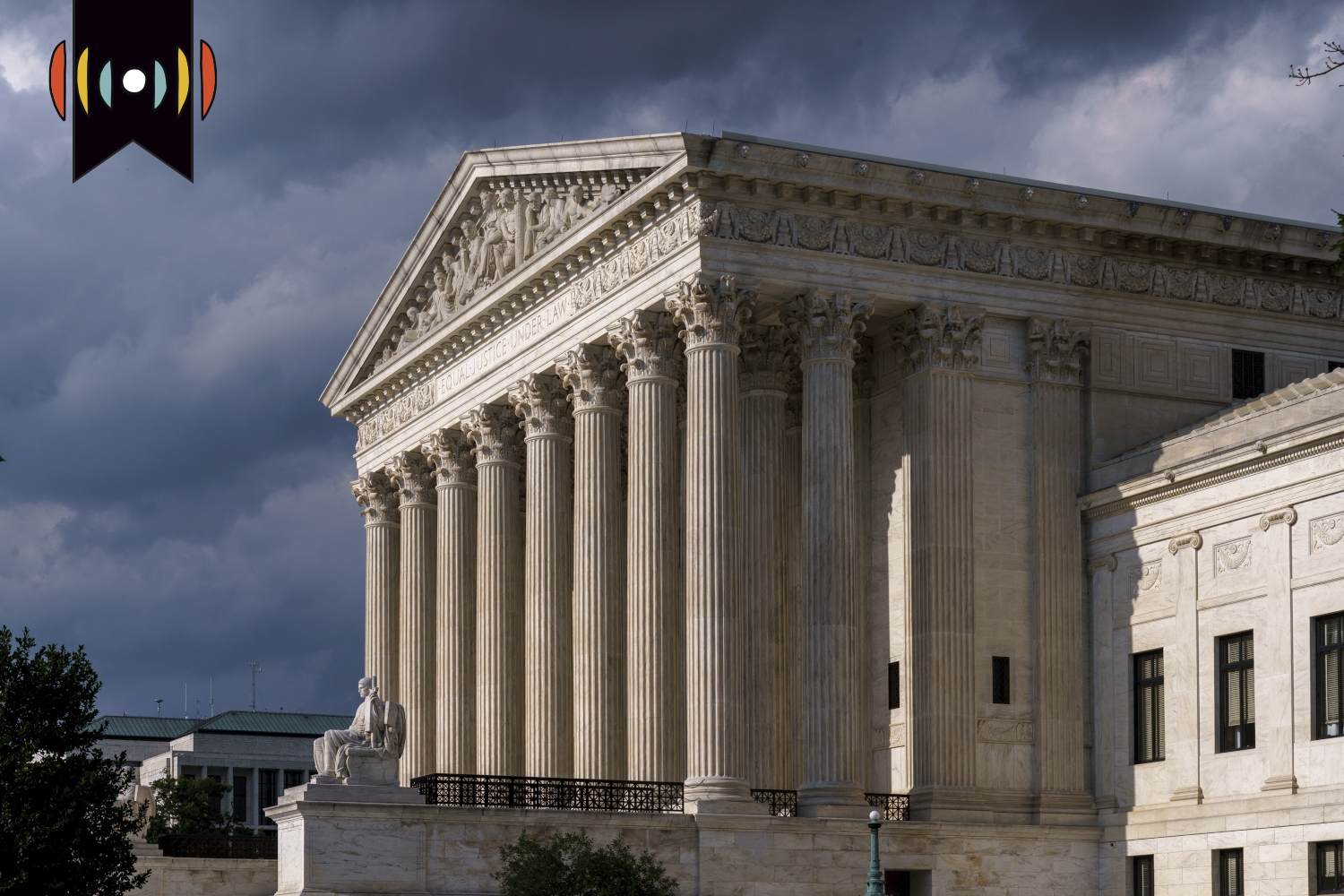 MARY REICHARD, HOST: It’s Monday, November 8th and we’re so glad you’ve joined us for today’s edition of The World and Everything in It. Good morning. I’m Mary Reichard.

These are really important, but as we stressed last week, they have to do with the new law in Texas and these do NOT provide the head-on constitutional clash that provides the very best chance for the court to revisit the question of the abortion right the court created in Roe versus Wade.

REICHARD: Exactly. That head-on constitutional clash, as you say, is coming in just a few weeks in a case involving the Mississippi state law on abortion. Texas is important and we’ll tell you about it, but thought it was important to make the distinction between Texas—which you’ll hear about today—and Mississippi, which is in December.

EICHER: Before we get to it, and speaking of December, that’s when we’ll be doing our year-end giving drive. But today and during this month, I want to talk specifically to you if you’ve never given before to support the work of WORLD. Over the last couple of years, we’ve emphasized November as a month where we challenge brand-new givers, and we’ve added hundreds to the thousands who give regularly to make this program possible, and, really, all of the journalistic work we do at WORLD.

So if you’ve not given to WORLD, please consider a first-time gift of support to help shore up Biblically objective journalism and ensure we continue to be here every day for you.

EICHER: November first—last Monday was the date the Supreme Court heard oral argument in two cases on the issue of abortion.

REICHARD: These cases confront a Texas law that went into effect in September. Called S.B. 8 or The Heartbeat Act.

The law bans abortions after six weeks’ gestation and authorizes anyone to sue over an illegal abortion. Usually a government official would bring the prosecution. Successful plaintiffs can seek at least $10,000 in damages per abortion.

EICHER: The Biden administration and abortion providers sued to stop enforcement of the law. One argument is that it violates the Supremacy Clause found in Article VI of the US Constitution. That says federal law takes precedence over state law.

Listen to how the lawyer for the federal government framed the argument. Solicitor General Elizabeth Prelogar:

PRELOGAR: Texas designed S.B. 8 to thwart the supremacy of federal law in open defiance of our constitutional structure. States are free to ask this Court to reconsider its constitutional precedents, but they are not free to place themselves above this Court, nullify the Court's decisions in their borders, and block the judicial review necessary to vindicate federal rights.

REICHARD: The high court’s decisions in Roe v. Wade and Planned Parenthood v. Casey permit abortion prior to fetal viability, around 24 weeks’ gestation. So, she argued, the Texas law is an unconstitutional go-around of court precedent.

On the other side, in support of the Heartbeat Act, Texas Solicitor General Judd Stone:

STONE: Texas does not suppress any substantive right by saying that it prefers to see certain kinds of challenges brought through the state court system.

Stone argued that a state can decide for itself how it wants to handle challenges to its own state laws. He says the federal government overstepped its boundaries.

The lawyer arguing on behalf of the abortion providers brought out the flip side: this law chills a woman’s right to seek an abortion.

Not particularly impressed with that argument: Justice Neal Gorsuch. Listen to his exchange with lawyer Marc Hearron.

GORSUCH: But do you agree that there are laws—defamation laws, gun control laws, rules during the pandemic about the exercise of religion—that discourage and chill the exercise of constitutionally protected liberties?

GORSUCH: And that they can only be challenged after the fact?

HEARRON: I'm not sure that they—that all of those laws could only be challenged after the fact, but there may be some, Your Honor.

GORSUCH: Certainly, there are certain circumstances where that's true, right?

GORSUCH: So it’s a line drawing …

Justice Gorsuch references the general principle that to vindicate a right, you must first show you’ve suffered an injury from the denial of that right.

And that comes once a law is actually enforced. But nobody’s violated the law and then been sued over it yet. These cases are pre-enforcement lawsuits, asking that the law be stopped now.

Justice Elena Kagan thought the right place to draw the line is around legislative chicanery.

KAGAN: We would be inviting states, all 50 of them, with respect to their un-preferred constitutional rights, to try to nullify the law of that this Court has laid down as to the content of those rights. I mean, that was something that until this law came along no state dreamed of doing. Guns, same sex marriage, religious rights, whatever you don’t like, go ahead.

As an example, maybe let anyone sue anyone else who owns an AK-47 and then collect $10,000 in damages.

You can imagine how that could apply to other politically divisive issues in this day and age.

Justice Amy Coney Barrett echoed Justice Kavanaugh’s concerns, and I think those two justices will be the pivotal votes.

PRELOGAR: And if that is true, if a state can just take this simple mechanism of taking its enforcement authority and giving it to the general public, backed up with a bounty of $10,000 or $1,000,000? If they can do that, then no Constitutional right is safe. That would be an intolerable state of affairs and it cannot be the law. Our Constitutional guarantees cannot be that fragile.

Chief Justice Roberts saw an incongruity in her argument, though. Where’s the line to draw around federal overreach?

ROBERTS: You say this case is very narrow, it’s rare, it’s particularly problematic. But the authority you assert to respond to it is as broad as can be. It’s equity, you say. We have the authority to sue states under equity, which is a limitless ill-defined authority. And I just wonder...what is the limiting principle?

The Wall Street Journal editorial page pointed out the problem: one bad law often begets another. The risk here is the justices could do long-term damage to the separation of powers just to undo that one bad law that should be resolved in the state court system.

It’s a guess, but it does looks like the DOJ’s lawsuit against Texas will be dismissed for lack of standing as to the federal government and no limiting principle as to power.

The other case, the one brought by the abortion providers, looks likely to proceed. Likely due to worry that other states might copy what Texas did and undermine other constitutional rights.

And that’s the danger: it’ll muddy up that “limiting principle” Chief Justice Roberts asked about.

That’s the one to watch.

Justice Stephen Breyer nods to human nature and coins a new word for people who don’t like arbitration. Listen for it:

BREYER: ...what we're doing here, normally, is we are having, let's call him an arbitration rat. There is the guy who loves arbitration and then there is the rat who hates it, although he agreed to it, okay? Now he will express his ratitude in many different ways. First, he will not want to go in in the first place. Then, if you make him go in in the first place, he's not going to want the other guy to get any witnesses. And then, if you go and get that, he's not going to want anybody to enforce this thing which he lost in the third place.

The question is which courts have jurisdiction to hear certain arbitration disputes already dismissed by an arbitration panel.

The circuits are split over this, so only the Supreme Court can provide the clarity needed.

And only Justice Breyer can supply the wittiest neologisms—Ratitude. Word of the day!

I hereby express my gratitude for Ratitude!