What is covered by attorney-client privilege and what isn’t? 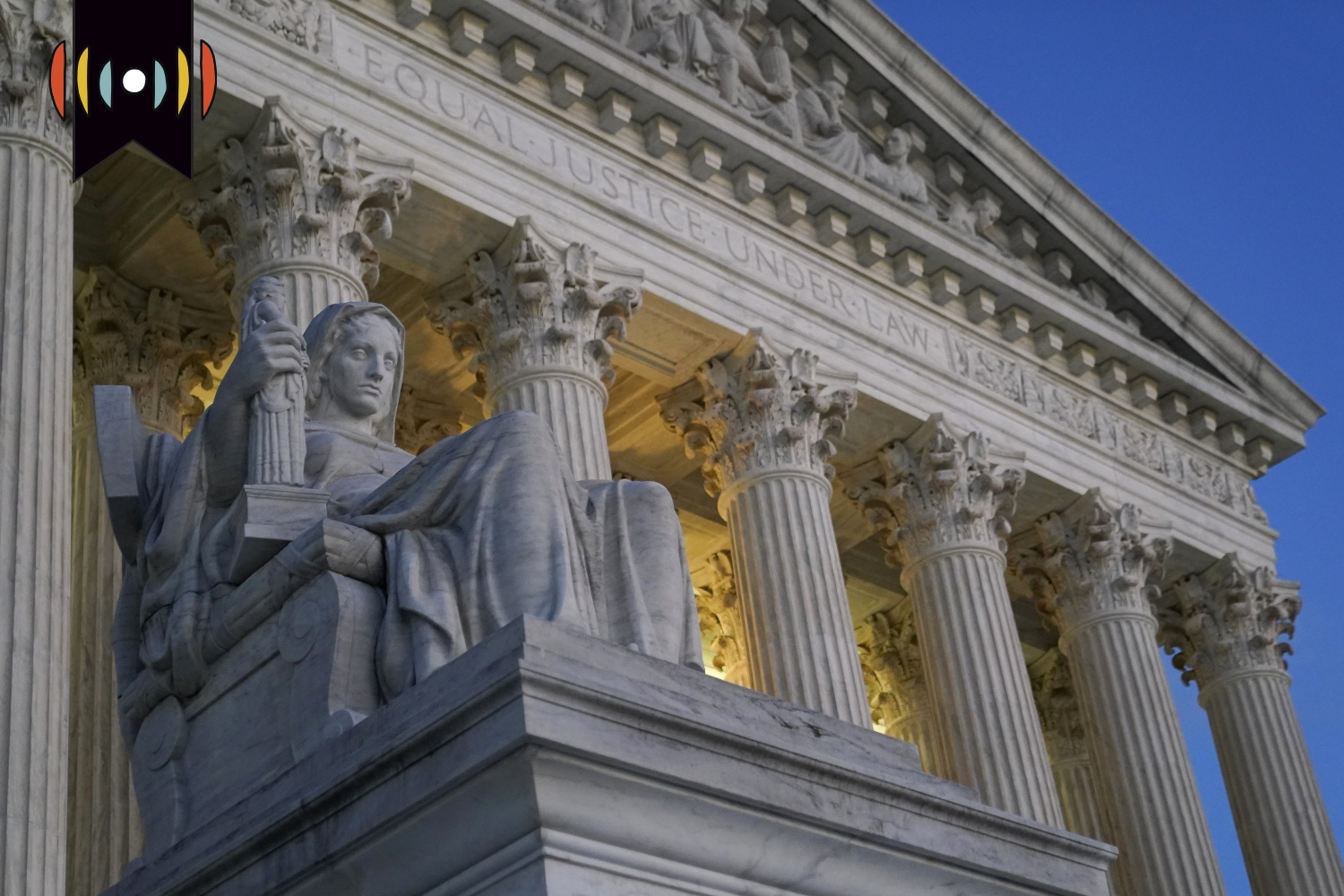 MARY REICHARD, HOST: It’s Monday morning, January 23rd and you’re listening to The World and Everything in It from WORLD Radio. So glad you’re here! Good morning. I’m Mary Reichard.

News last week that disrupting oral arguments at the U.S. Supreme Court does not pay. Last fall, three women interrupted an argument in a tax dispute and used the moment as an occasion to protest the Dobbs decision:

Lawyer:…there is no independent violation every time an account is not reported. According to…

Lawyer: …according to the government, petitioner violated the act 272 times for unintentionally…

Got to admire how the lawyer does so well to block out the distraction and just continues on with the task at hand.

Well, last week, a federal judge in Washington DC sentenced each of the three hecklers to one year’s probation and banned them from entering the grounds of the Supreme Court during that time.

REICHARD: Okay, so those women were caught and punished, but not so the person who leaked the draft Dobbs decision back in May.

On Thursday, the Supreme Court announced it cannot identify the culprit after an 8-month investigation of what it calls “one of the worst breaches of trust” in court history.

I’ll quote a bit from the unsigned statement that prefaced the report. Here it is: “After months of diligent analysis of forensic evidence and interviews of almost 100 employees, the Marshal’s team determined that no further investigation was warranted with respect to many of the 82 employees [who] had access to electronic or hard copies of the draft opinion.” And then this bit: “...the team has to date been unable to identify a person responsible by a preponderance of the evidence.” That’s a legal standard that means “more likely than not” to have happened.

One glaring piece of information I didn’t see in the initial report was whether investigators interviewed the justices. U.S. Court Marshal Gail Curley who led the investigation must have gotten pushback on that, because on Friday she issued another statement. She said she did speak several times with each Justice, but thought it unnecessary to have them sign sworn affidavits.

EICHER: ….although, and this is right, Mary, isn’t it? … everyone else did sign affidavits to affirm they hadn’t disclosed the draft opinion to spouses or partners. And then those who did—and there were people who did—they signed annotated affidavits admitting that they did. That’s correct.

And, the report goes on, investigators looked at connections between employees and reporters, especially connections with Politico, the outlet that published the draft opinion. Nothing turned up, according to the report.

REICHARD: Frankly, this is unprecedented. And the idea that this may end right here, with no accountability for anyone is shocking to me. The chief justice is very much concerned with the credibility of the court, and this strikes at the heart of credibility of the institution.

Now, the only positive in all this, it seems to me, is the court is finally aware it has big problems with its security. Printers that don’t track who’s making copies? People working from home without security measures? Hard copies of documents possibly left lying around?

Further quoting here: “gaps in the Court’s security policies created an environment where it was too easy to remove sensitive information from the building and the Court’s IT networks.” Too bad we had to find this out the hard way.

My two cents? Professional investigators should have been brought in immediately. The Marshal’s team just doesn’t have much experience in that field.

And I’m glad the House says it’ll investigate. That gives investigators there subpoena power and the ability to grant immunity to individuals so they will talk.

I just don’t buy the idea that “well, we did our best, we’re done here” is how this ought to end. At this moment, it seems highly likely that a deceitful person is working at high levels in the law. And, here’s another aspect of the unfairness of this. Someone or some small number of people did it either by malice or carelessness, and everyone else didn’t. But everybody’s a suspect. That’s devastating to the integrity of our institutions.

Now hear me: I believe in our system. It’s the best system in the world. Law is a noble profession, and Christians who are called to it should answer the call.

So, I just pray that we haven’t heard the end of this.

EICHER: Well said. Well, let’s trust that the truth will come out.

It asks this question: What is the scope of the attorney-client privilege?

For example, a client who discloses to his attorney information about a past crime he committed—ironic—that that person is protected by the attorney-client privilege. It keeps communications confidential when a client seeks legal advice from an attorney.

REICHARD: In this case, a law firm specializing in tax law received a subpoena from a grand jury to hand over documents on one of its clients. The law firm complied and turned over thousands of pages, but withheld certain other documents, citing attorney-client privilege.

But what if communication between a client and attorney includes both legal and non-legal advice? What test should be used?

Listen to lawyer for the government, Assistant to the Solicitor General Masa Hansford:

HANSFORD: The public has a right to every man's evidence. The attorney-client privilege creates an important but limited exception to that rule for communications seeking legal advice. But, outside the context of legal advice, the every man's evidence rule governs. Employees send emails with trial data showing that a drug caused a serious side effect during trial or evidence that a new design for a car will sharply increase the rate of failure for the car's brakes. Sensitive business conversations with engineers and technical advisors and sales staff have to happen, and when they do, they can be critical evidence in subsequent court proceedings. All agree that such information is not and should not be privileged.

That test is called the primary-purpose test. That is, you ask if legal advice was the “primary purpose” of the client.

Lawyer for the law firm Daniel Levin argued that test is an invitation to chaos:

LEVIN: That test is a mistake because it requires the kind of disentangling and ranking that is so hard to do. You have to reverse the Ninth Circuit because the Ninth Circuit said you need a single primary purpose. And inherent in the word "primary" is the ordinary meaning of "primary" is first. That means something has to be first, something has to be second, something has to be third. The idea that we're going to start slicing and dicing and say, well, investigations, yeah, those are -- those are generally privileged, maybe tax stuff not so, that is a recipe for confusion. It's too hard to separate.

Levin for the law firm argues the better test is the “significant purpose” test. You ask, “was this advice the client’s bona fide purpose?”

Chief Justice John Roberts tried to work out what that means in real life:

ROBERTS: How would you handle a case where an accountant sits down and goes through it, it's a very complicated form, and the accountant says, I want to have a lawyer look at this, and they bring in Lawyer X, and Lawyer X says, you know, I am the world's expert in this area, I've been doing this for 40 years; in my view, this is all very good, except these three items, you know, they're kind of iffy, and I think you should probably not make -- make those; everything else is good, here you go, sends a bill for $200,000. (Laughter.) And -- and, in that case, is that accessible because it's looking at the actual numbers and participating in the preparation of the form? Is the entire thing privileged, or can the prosecutors get that communication?

KAGAN: I mean, we've had the attorney-client privilege for a long time, and until 2014, nobody ever suggested that the test that you're proposing is the right one. Everybody instead used the primary purpose test. So this is a big ask, and it's an ask that's not particularly consistent with the underlying nature of what the attorney-client privilege is supposed to be protecting.

The law likes predictability and ease of use. It doesn’t want to shield communications from disclosure that aren’t really privileged.

And then there’s math.

Listen to this exchange between Justice Neil Gorsuch and Hansford for the government who seeks disclosure of documents the law firm claims is privileged.

GORSUCH: Tell me what I'm missing here, all right? I thought you were going to argue for a primary purpose test because that's what the briefs said. Instead, now I hear a significant purpose, 60/40 might do, the 40 percent could be good enough. So can we all agree its significant purpose?

HANSFORD: No, Justice Gorsuch. I do think the area of disagreement in the terminology may be fairly narrow, and …

HANSFORD: So, Justice Gorsuch, perhaps my mistake was attaching percentages to this. In place of that, I would --

GORSUCH: Well, that's not your mistake. That's what -- we did that to you. (Laughter.)

HANSFORD: I -- I was trying to make the point that what judges -- that judges don't do math.

That was Justice Ketanji Brown Jackson affirming that judges don’t do math.

Oh, I do appreciate that!