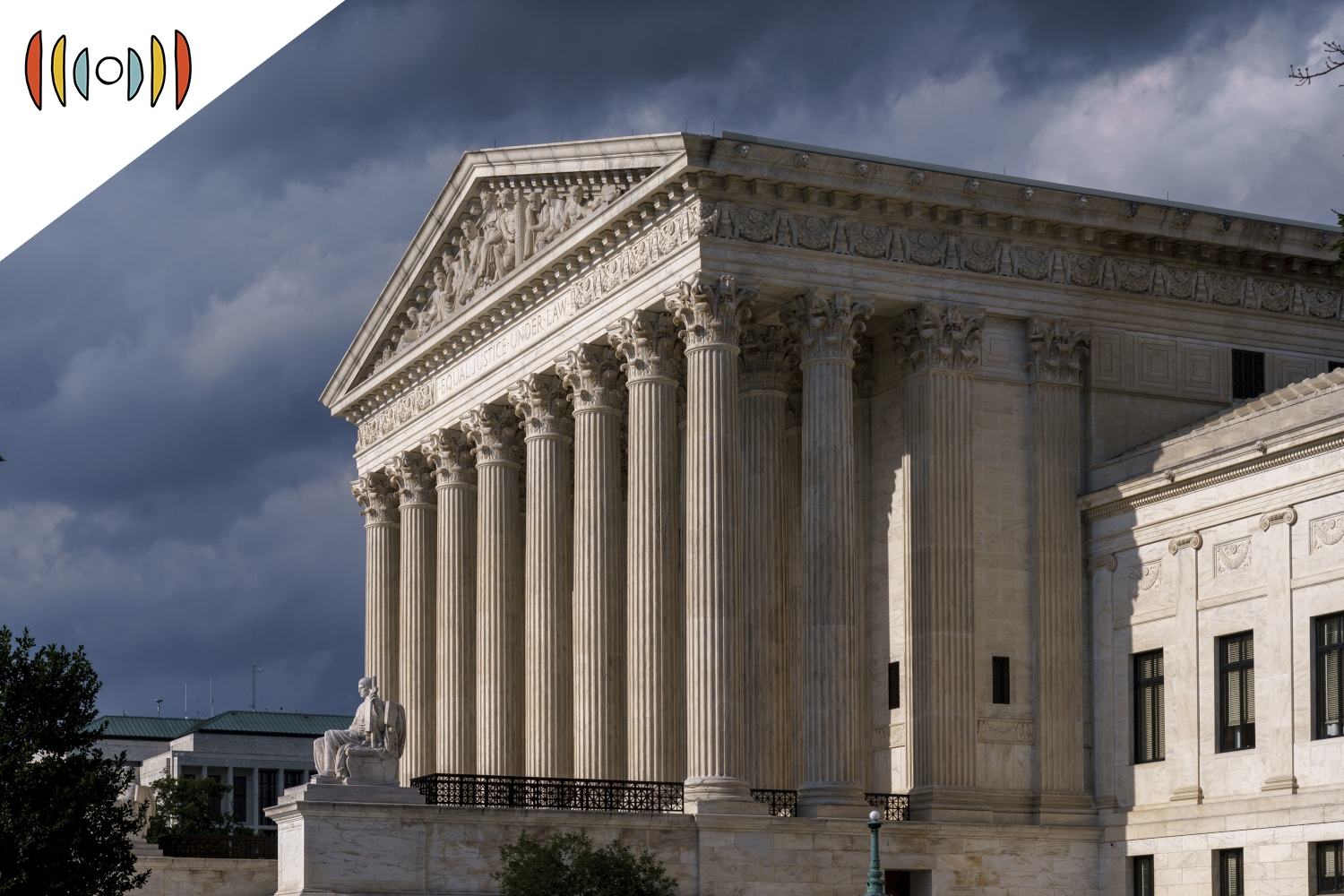 Before we get rolling today, maybe you remember we’d offered a thousand free 30-day trial subscriptions to WORLD Watch, our daily video news for students. Maybe you noticed we mentioned it only a few times and then stopped. Well, that’s because the offer was more popular than we’d expected and the thousand got snapped up fast. Now, we’ve been honoring these beyond the thousand and I was talking with our marketing director Jonathan Woods this weekend and he told me to tell you: If you’re interested in a WORLD Watch trial, we’ll just keep the offer open-ended for the rest of this month.

So you have today, Tuesday, Wednesday, and Thursday to claim a 30-day trial to WORLD Watch. It’s on the house. We have no supply-chain problems—it’s just a little added bandwidth—and we can handle that.

REICHARD: That’s good to hear! So take us up on the offer. Thirty days free for WORLD Watch at WORLDWatch.news—look for the orange button around the middle of the page. It says, in all capital letters, CLAIM YOUR FREE 30-DAY TRIAL. Just click and follow the directions. The offer’s good through the end of the month, which is Thursday. WORLDWatch.news.

EICHER: All right, so next up, Legal Docket.

Today, campus speech rights. Or rather, the lack of them.

A new report finds that nearly a quarter of college students say it’s acceptable to use violence to shut down a speaker they don’t like the speaker.

REICHARD: The latest report on College Free Speech Rankings is the largest survey ever to assess free expression on college campuses. Over 37,000 students surveyed by the Foundation for Individual Rights in Education, College Pulse, and RealClearEducation. They used several components to assess free speech: openness to discuss controversial topics; tolerance for liberal or conservative speakers; administrative support, among others.

EICHER: Here are three of the findings: (1) more than 80% of students self-censor. Meaning, they know the social cost of speaking their minds, so they just don’t do it.

(3) Only a third of students say their college administrators make it clear enough that they will protect free speech on campus.

REICHARD: The ever increasing number of complaints from students against professors got personal for a law professor at the University of Illinois- Chicago School of Law.

Jason Kilborn posed a question on a Civil Procedure exam, the same question he’d used for a decade without incident. Kilborn emphasizes discovery methods in this course. Discovery: meaning, finding information to support your side of the story.

He used a scenario common in employment discrimination cases. A woman claimed to have been discriminated against on the basis of race and sex.

KILBORN: And so I set up a scenario where some, the lawyer had found this former manager who had this explosive evidence and what I was testing was to see if the students knew that the employer was not going to be able to conceal this evidence from this woman, and it was going to come out of the open and the legal system would vindicate her rights. The evidence was that this manager had heard some other person referring to the plaintiff as and I wrote this quote, N-space, B-space, and I put in parentheses to avoid, you know, clever law students wiggling out of the question, profane expressions for African Americans and women.

Someone felt offended and complained to the administration, the media, and the Board of Trustees. To this day, Kilborn doesn’t know who it was.

KILBORN: And it just went all downhill from there.

The Black Law Students Association at the law school pursued further action by filing a complaint with the Office of Access and Equity.

Kilborn let everyone know he regretted causing anyone upset, he meant no offense and offered to talk to students and school officials about it. He said the manner in which his question used the words is the same way they are communicated elsewhere. Didn’t matter.

KILBORN: That, of course, did not produce the desired result, it actually, frankly, produced the expected result, which is now you know, these people know that there's a live fish on the line. And so it just ramps up pressure, there's this petition circulated against me, my administration reacted very poorly to an interaction that I had had talking to these students about, you know, trying to figure out what the deal was, and what the right way forward was.

An investigation ensued. Kilborn didn’t get the merit raise he expected based on his work. He said the Interim Dean cited this incident as a reason why not.

I contacted the vice chancellor for diversity and equity for comment, but she referred me to the public relations director, who didn’t get back to me.

The free-speech group that was part of the survey we talked about a few minutes ago has come to Kilborn’s defense. It’s the Foundation for Individual Rights in Education—FIRE as it’s known. FIRE sent a letter to the school asking for answers. That is ongoing.

The immediate emotion of the situation may have petered out somewhat.

KILBORN: But the entire experience has had such an incredible chilling effect on me and on many, many other professors around the country who have heard about this story.

Kilborn was willing to chalk up the students’ complaints to pent up frustrations combined with COVID restrictions and other pressures.

KILBORN: My concern really is with the reactions of the administration. You know, we all as educators have a duty not only to teach people what we're teaching them, but to teach them how to be educated members of civil society. Unfortunately, more often than not from the far left, that's how the far left thinks that it can achieve what it wants to achieve these days. Blowing every minor, whatever they regard as a transgression into this complete nuclear explosion, rather than going, "Hey, you know, that kind of made me feel uncomfortable, can we think about ways that we can come up compromise and achieve your goals and my goals and move together forward?"

I spoke to a lawyer with FIRE, the group that defends civil liberties rights in higher education and helped to put together that college speech rankings report.

Adam Steinbaugh says too many institutions are afraid of conflict. Afraid of potential threats to their reputations. Steinbaugh pointed out the report shows most threats against free speech come from undergraduates. Of those, mostly from the left.

But when the complaints come from off campus, the threats are more likely to come from the right.

I asked for an example of that.

STEINBAUGH: Well, we have a situation down in Texas where a faculty member named Laura Burnett had, while she was watching the vice presidential debates, she had tweeted that Mike Pence should "shut his demon mouth up." And that caught the attention of some conservative websites that were compiling lists of quotes of, you know, look at the outrageous thing that a faculty member said about the vice presidential debates. And because of that, it caught some public anger from the right eye. And one of the members of that audience was a member of the state legislature, who texted the president of the college and said, "Hey, I just want to find out whether or not our tax dollars are going to this faculty member." And the president of the college responded, "Don't worry. If you are, it's already on my radar." And the college wound up terminating her and this was a public institution, so the First Amendment protects the right of faculty members when they speak as citizens. This was something that was not said in class and the institutions’ interest was very low.

I’d wondered about the distinctions between a public university and a private one as far as freedom of speech goes.

So what rights and protections do professors have? It depends upon what hat they’re wearing when they speak.

STEINBAUGH: So if you're speaking outside the classroom as a citizen or a member of the community, you have the right to extramural speech; meaning that the institution's interests are very low, because you're not speaking as an employee of the institution. You're not, you know, they're not paying you to say these things. And you have the strong first amendment right to speak out about matters of public concern.

On the other hand, if you are a faculty member and you were speaking in class, there's a First Amendment question about when the government can control the speech of its own employees.

Case law is still in flux in this area. You can see the tension that creates: the government can control employee speech in some areas, but inherent in that is the power to compel ideological conformity.

What about other protections? Well, that depends upon what state you’re in. Some states have laws that extend freedom of speech rights in certain contexts, although those tend to focus on the rights of students over the rights of faculty.

STEINBAUGH: So faculty members really have a couple of different tools at their disposal. One of them is the procedural protections that are afforded by tenure if they're tenured. But our educational systems or higher education generally is relying more and more on adjunct faculty members who don't have the protection of tenure. And that means that they have to depend in, to a greater extent on their first amendment rights and on other types of support from members of the community or unions or other people to come to their defense, to persuade institutions not to censor them.

One solution may be The Chicago Statement, released by the University of Chicago in 2015. Not to be confused with the school where Professor Kilborn teaches, University of Illinois-Chicago.

The Chicago Statement articulates the school’s “commitment to free, robust, and uninhibited debate and deliberation among all members of the University’s community.” As of last week, 83 institutions have adopted it.

STEINBAUGH: We have seen that we have a greater ability to protect free speech and to defend free speech, when an institution has adopted the Chicago statement.

Thank you for your very balanced reporting of this issue. Free Speech is right that we all need to uphold and protect. Christian viewpoints are certainly being extinguished in learning institutions, but the conservative attack on the left-leaning Texas faculty member reminds us that we must not be guilty of censoring free speech just because it does not align with our ideals.