Administration says single-sex dorms based on biology are discriminatory

Dormitory, College of the Ozarks Photo/Ozarks.edu 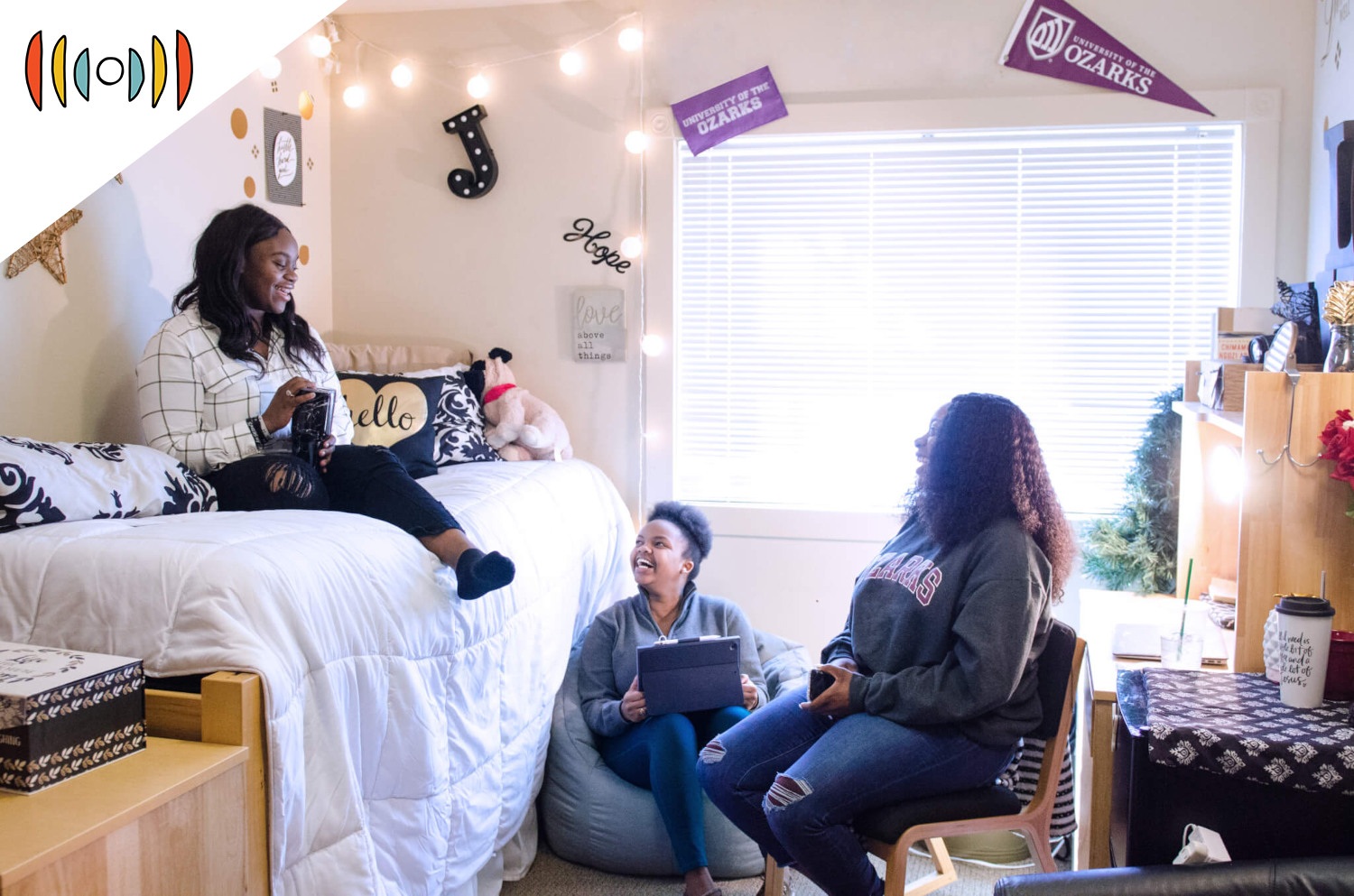 MARY REICHARD, HOST: It’s The World and Everything in It for this 6th of September, 2021. We’re so glad you’ve joined us today. Good morning! I’m Mary Reichard.

Today, a legal dispute between a small Christian college and the Biden Administration.

Conflicts between Christian organizations and LGBT groups intensified after a Supreme Court decision in 2020.

In Bostock v. Clayton County, a majority of six justices ruled that the word “sex” in Title VII of the Civil Rights Act of 1964 no longer means only biological sex.

In the workplace, “sex” would now also mean sexual orientation and gender identity. Something not many imagined when Congress passed the law in the 1960s.

Agencies are now using the decision to justify an across-the-board redefinition of the word “sex” to mean gender self-identification.

In March of this year, LGBT students sued the Department of Education, claiming they’d endured discrimination by 25 Christian colleges.

This, because the Christian colleges named in the lawsuit follow the biblical understanding of male and female and of historical marriage as between a man and a woman.

EICHER: And now another battle for Christian schools.

The day he took office, President Biden signed an executive order called “Protecting and Combating Discrimination on the Basis of Gender Identity or Sexual Orientation.”

What that meant in practical terms is that women’s dormitories and restrooms must be opened to biological males claiming gender dysphoria. In other words, men who identify as women.

REICHARD: The spaces must be opened up this way whether the women like it or not. And no matter that it violates the religious beliefs of religious institutions.

Noncompliance means fines up to six figures, along with punitive damages and attorney’s fees.

EICHER: One college is standing up to the Biden administration: The College of the Ozarks, a private, Christian liberal arts school of around 1,500 students in southwest Missouri.

The school was established in 1906. It’s one of 11 non-military, tuition-free colleges in the United States, in which students work in exchange for tuition.

And now Mary, we should disclose that you taught a semester there at College of the Ozarks.

REICHARD: Right, full disclosure there. I did teach at College of the Ozarks.

Representing the school in this case is Alliance Defending Freedom lawyer Julie Blake. She describes the executive order resulted in a directive from the Department of Housing and Urban Development.

BLAKE: The U.S. Department of Housing and Urban Development issued this really a memorandum, a letter, they called it a directive, published it on their website, just a few weeks after President Biden took office. And the way our government works is that that's not where you're supposed to have major changes or legislation coming from. That's supposed to come from Congress, not from the signature of, you know, acting career employees, you know, buried in a federal agency. And even if they had the authority, which they don't, there are processes they have to follow.

And what else does the directive try to do?

BLAKE: The directive seeks both to compel and censor speech by the college, requiring use of students preferred pronouns as opposed to pronouns based on biological reality, requiring a variety of different kinds of speech and signs and writing changes to policies. The college can't express any of its traditional views, even preferring its policies. And at the same time, lots of other colleges would remain free to say, "Hey, we support the government and we love what the government's trying to make us do." That's discrimination on the basis of content and viewpoint and speech. And that is classically subject to the highest level of scrutiny by judges.

Aside from not following the Administrative Procedure Act, Blake rattled off five other counts in the complaint:

BLAKE: The government lacks any power under the Fair Housing Act to require this. That requiring girls to share private spaces with males is arbitrary and capricious. That the employee who signed this had no power to do so because it was an acting career employee as opposed to somebody appointed by the president and confirmed by Congress. That the First Amendment free speech clause protects the college from having its speech coerced and compelled. That free exercise of religion also protects the College from having to sacrifice its beliefs or face ruinous penalties from the government.

I contacted the Department of Housing and Urban Development for comment, to no avail. So I’ll summarize its position based upon file entries in lower court.

HUD officials say the memo it issued isn’t directed at College of the Ozarks and isn’t specific as to shared spaces, showers, and roommates. Nobody has yet filed a complaint against the school or with HUD, so school officials can’t show irreparable harm or the likelihood they can succeed going forward. So the government’s essential argument is this is at most a prospective problem, but one not in existence right now. Therefore, the school has no standing to sue.

A lower court dismissed the case after the school lost on those grounds: no harm has occurred, so there’s no injury to redress.

But Blake counters “where the threatened injury is real, immediate, and direct,” that confers enough standing to sue. That’s the argument of the school.

BLAKE: No law says that you have to have men in girls’ dorm rooms, in girls’ shower rooms, or even as their roommates. But that's exactly what the Department of Housing and Urban Development's trying to do.

They claim it's required under federal housing law. We say it's not. They say they can issue it on their own just by putting it on their website. We say there are processes of Congress voting on things, and ongoing through public comment opportunities that they completely ignored.

I’d wondered how is it that the federal government can get involved in the housing policy of colleges, when the Bostock decision redefining “sex” was supposed to stay within the employment context.

BLAKE: This is part of a program across the Biden administration to take every federal civil rights law and infuse it with their new gender identity ideology...later... But the Supreme Court made very clear that it wasn't talking about private spaces or any other laws or any other contexts. And unfortunately, the Biden administration has taken that decision and run with it to impose a one size fits all mandate in every sphere of government that it has control over right now as one of its highest priorities. Which is why it's all the more important for schools like College of the Ozarks to stand for freedom now.

Oftentimes, the hook the government will use to make private organizations fall in line is to say, “you take federal funds? Then you must do what we say.” Blake says that’s not the case here.

BLAKE: None of this depends on accepting federal funds or making a deal with the government or agreeing to be subject to these rules. What the government has said, in it's very broad statement, is if you have housing in America, that you rent or sell to somebody, you have to do what we say. And what we say is that you have to open girls’ dorm rooms to males. And that's simply unprecedented.

She says the interests of one very small group of gender dysphoric individuals is being elevated above the safety of a much larger group— of women.

BLAKE: Essentially, it would seriously compromise the college's mission in its witness and you know, frankly, the safety and privacy interests of many young women who should not be forced to share private spaces with males.

The case is now on appeal in the US Court of Appeals for the 8th Circuit, which granted a request to expedite the case. A hearing is scheduled in November.

College of the Ozarks is asking for specific relief:

BLAKE: We are asking the court to order the government to not enforce this directive. And to recognize that the proper interpretation of federal housing law is to respect the rights of private religious educational institutions to speak freely and to have their religiously informed housing policies.