Legal Docket: The authority of the court

WORLD Radio - Legal Docket: The authority of the court

Has the Supreme Court become an extension of the political process? 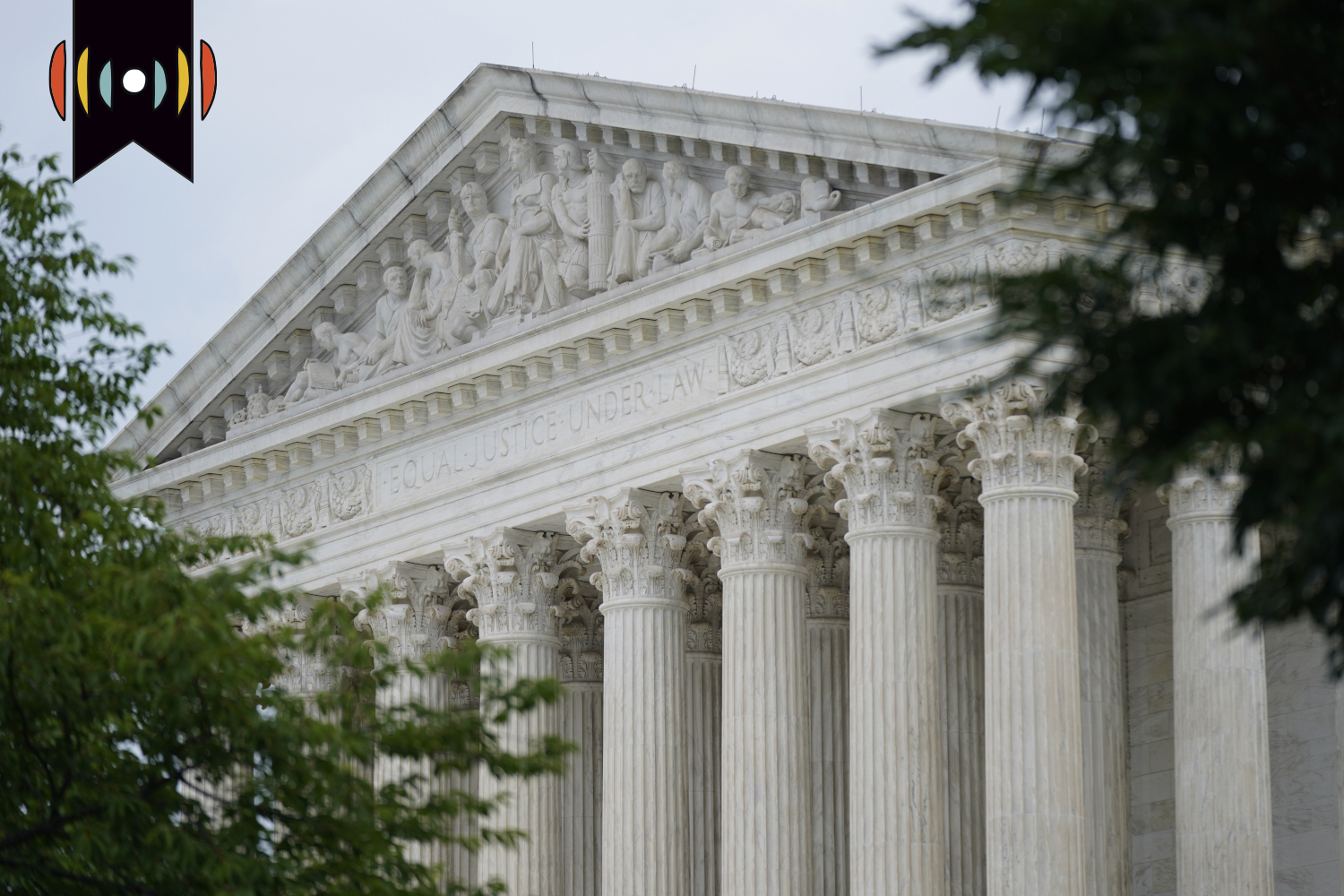 We are deep into Season Three of the Legal Docket podcast—episode 7 coming up this week, really excited about it, Mary—the story behind the Dobbs decision on abortion, how Mississippi crafted a law that would present the challenge to the court.

REICHARD: Yeah, I was excited to report this story. Little known backstory of how it came to be that this particular law became the one to challenge Roe head on. For example, the young nurse who took care of a 15 week old miscarried child. That nurse later became a legislator. A key factor of significance that didn’t become obvious until years later.

EICHER: Which is what makes the Legal Docket podcast so unique, all the legal issues covered in-depth, but also the stories behind the controversies that lead to Supreme Court decisions. Episode 7—releasing tomorrow—the Legal Docket Podcast! Don’t miss that.

It’s time for our weekly Legal Docket. This week, the legitimacy of the U.S. Supreme Court.

Some have called it into question. Such as Vice President Kamala Harris last week on CNN. She’s referring to the Dobbs decision.

HARRIS: I think this is an activist court. This court took that Constitutional right away. And we are suffering as a nation because of it. That causes me great concern about the integrity of the court overall.

REICHARD: And on Wednesday last week, Justice Elena Kagan said this at a forum at Northwestern University School of Law:

EICHER: But weeks ago, Chief Justice John Roberts defended the authority of the court to interpret the Constitution. The Chief made these comments during an interview for C-Span that took place in Colorado Springs.

Let’s listen to an excerpt from the nearly 40 minute interview. It’s about two minutes:

ROBERTS: The court has always decided controversial cases and the decisions have always been subject to intense criticism. That is entirely appropriate that citizens feel free to criticize our opinions and how we do our work. Lately that criticism is phrased in terms of because of these opinions, it calls into question the legitimacy of the court. I think it is a mistake to view those criticisms in that light. The legitimacy of the court rests on the fact that it satisfies the requirements of the statute and the constitution needs, as John Marshall put it, somebody to say what the law is. That is the goal of the Supreme Court. That role doesn’t change because people disagree with this opinion or that opinion or a particular mode of jurisprudence. Obviously people can say what they want and they are certainly free to criticize the Supreme Court if they want. And if they want to say its legitimacy is in question, they are free to do so. But I don’t understand the connection between opinions people disagree with and the legitimacy of the court. If the court doesn’t retain its legitimate function, I’m not sure who would take up that mantle. You don’t want the political branches telling you what the law is and you don’t want public opinion to be the guide of what the appropriate decision is. All of our opinions are open to criticism and our members do a great job of criticizing some opinions from time to time. [LAUGHTER] But simply because people disagree with an opinion is not a basis for questioning the legitimacy of the court.

REICHARD: I wanted to talk more about this idea of legitimacy of the court, and called up Professor Ilya Somin at George Mason University in Virginia. He writes about constitutional law, political knowledge and public opinion among other topics. He’s the author of several books including Democracy and Political Ignorance.

Somin’s recent piece published in Reason.com acknowledges that the high court’s popularity has taken a dive of late. He says that’s likely due to the Dobbs decision overturning abortion rights on a national level.

Some polls put the court’s approval rating at around 42%, lower than what the court’s usually at over the last 20 years. Somin cites two reasons why that’s not necessarily ominous:

SOMIN: One is that if you look at the court's approval ratings they are low by the court's own historical standards and there's not much question about that. But they are actually as good or better than those of the president and congress. President Biden right now his ratings have gone up a little bit in recent weeks. Nonetheless, they're actually almost at the same level as the courts. He too is around 42-43% approval and now there's about 52-53% who disapprove. So if the court is having a legitimacy crisis maybe Biden is as well.

And if you look at Congress' approval ratings, they could only dream of what the court has or what Biden has. They right now are around 17-18% and they've been consistently in those kinds of doldrums for many years now.

Somin says the second point why the high court isn’t sliding toward inevitable illegitimacy is it’s been here before. Such as with its 2005 decision in City of Kelo v New London. There, the court allowed the city to take private property and sell it for private development in hopes of improving the city’s bad economy.

SOMIN: Which is probably the most unpopular major Supreme Court decision in modern times. Much more so than Dobbs. At that time the Supreme Court reached an approval rating around 42% in the Gallup poll which is statistically about the same as the 43% that it has now. Yet in that instance and in a couple of other instances when the court went down into the low 40s as a result of unpopular decisions the court bounced back over the next year or two.

He says as Dobbs recedes somewhat from being the center of attention, public opinion may change.

SOMIN: If the court makes more popular decisions in the future, that could increase its popularity. Probably the most prominent case on the courts docket coming up for next year is the case about racial preferences in higher education. It is likely that the court will strike down those preferences. And if they do, then there is a good chance that the decision would be highly popular. Now, I should emphasize both with racial preferences and Dobbs and other cases, the fact that a decision is unpopular doesn't necessarily mean it's wrong. The fact that it's popular doesn't necessarily mean it's right. We're talking here about legitimacy in the sense of public support for the court, rather than legitimacy in a different sense of whether the court is getting decisions right or wrong in some objective sense.

I had to ask: who cares about public opinion or how popular the Supreme Court is? Does it really matter that much?

SOMIN: I do think legitimacy in the sense of public support is important in that if the public support becomes too low, then the court's ability to enforce its decisions will be diminished. And in the extreme scenario, you can imagine the other branches of government taking actions against it like trying to pack the court, increasing the number of justices so as to change the ideological balance on the court, or stripping the court of some of its authority or doing other kinds of things that some politicians have been talking about.

Democrats have talked quite a lot about packing the court or purging the court with term limits or some other way to change the makeup of the bench. Does Somin think this will play big in the midterms?

SOMIN: So there are certainly some Democrats who are saying things like that, but it's notable that relatively few Democratic politicians and strategists have decided to make that a theme of their campaign. And President Biden has very noticeably refused to endorse the idea. So if you look at the Democratic Party, it seems like they're internally divided over this. There are some people who would definitely like to do it. But others oppose it, either, because they're opposed to it on principle, as I think, quite a number of more moderate Democrats are, or because they think it's it's bad political strategy, that if the Democratic Party as a whole were to embrace court packing, the campaign might become about court packing, which is generally unpopular, as opposed to being about Dobbs, about Donald Trump and about other things that, you know, the Democrats feel, I think, sometimes for good reason work in their favor. So what I've taken away from this so far is that court packing is definitely a part of mainstream public discourse in a way that wasn't true several years ago. And both parties have done their part to make it more a part of mainstream public discourse. At the same time, Democratic strategists so far, at least, are reluctant to really embrace the idea. And it's notable that the President doesn't want to embrace it.

That was Professor Ilya Somin from George Mason University School of Law.