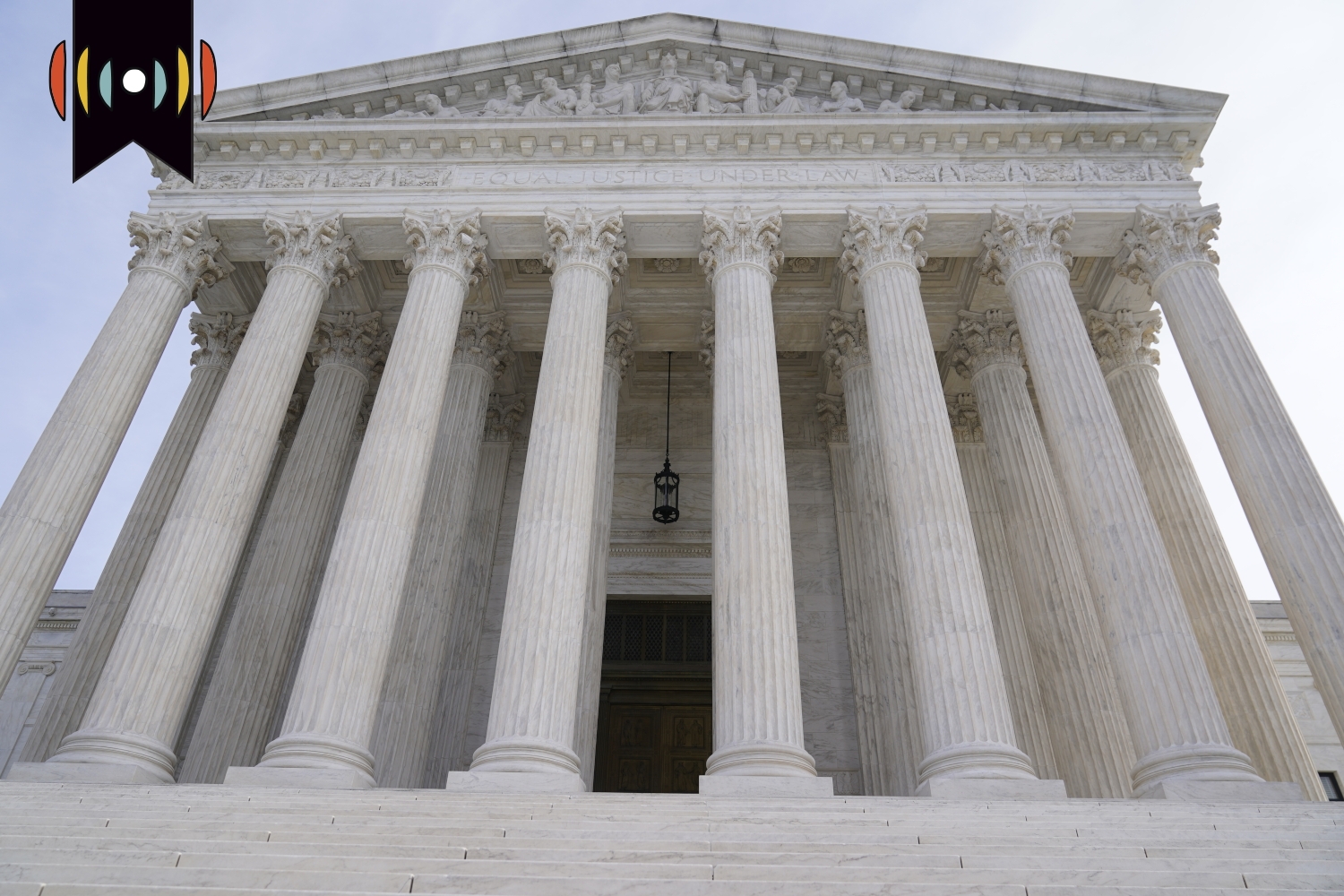 NICK EICHER, HOST: It’s Monday the 31st of January, 2022. Glad to have you along for today’s edition of The World and Everything in It. Good morning, I’m Nick Eicher.

Justice Stephen Breyer on Thursday confirmed his retirement from the United States Supreme Court. Here’s Justice Breyer in 2009, talking about the Constitution on C-SPAN.

BREYER: Look at this document. I mean it’s a very, very thin document. But it’s been in existence for 200 years. People in this country don’t agree about a lot of things. And despite enormous disagreement, they’ve decided to resolve their differences under law. I mean we’re seeing countries on the television nonstop where they don’t have that tradition. And what happens is they shoot each other. And here we don’t. Over time, people have come to the realization that it’s better to follow the law, including interpretations that you don’t agree with, than it is to take to the streets. Now that’s a tremendous, tremendous treasure for the United States of America.

President Biden pledged to nominate a replacement before the end of next month. He has said he’s already narrowed the field down by sex and ethnicity. Democrats say they want to confirm the nominee as quickly as Justice Amy Coney Barrett was confirmed in 2020. That took only four weeks. Democrats could then confirm his nominee without the support of Republicans. And that allows them to get ahead of the midterm elections in which polls indicate Democrats may not hold that same advantage in the Senate after that election.

EICHER: Last week the U.S. Supreme Court handed down one opinion in an argument we covered two weeks ago, Hughes v Northwestern University.

In that case, a unanimous decision reinstated the lawsuit involving employees of the school who participated in its retirement plan. Those employees sued the school and argued the plan managers failed their fiduciary responsibilities federal law requires of them.

A lower court threw the case out, but the justices sent it back to the appeals court to reassess whether the employees’ allegations give rise to a viable claim.

JENNY ROUGH, LEGAL CORRESPONDENT: Hi, Mary. Well, this first case involves a tragic accident. Gianinna Gallardo was 13 years old in 2008 and living in Florida when she stepped off a school bus and got hit by a truck. Her injuries left her in what doctors call a persistent vegetative state. She’s now in her 20s.

REICHARD: The girl’s parents sued the truck owner, the truck driver, and the school district in a personal-injury lawsuit. The Gallardos allege more than $20 million in damages. That includes past and future medical expenses, loss of future earnings, and the loss of capacity to enjoy life.

ROUGH: Right. Now, cases like these are complicated. Disputed facts. Limits on insurance policies. All that to say, the parties settled for only $800,000. Some of that compensation went for past medical expenses, some set aside for future medical expenses, and some for non-medical expenses, like lawyer fees.

That underlying case is over and done with.

This case relates to it. After the accident, Florida state’s Medicaid agency paid out $862,000 to help with Gallardo’s medical needs. Now it wants that money back and seeks reimbursement from the $800,000 personal-injury settlement.

REICHARD: A fight over money. We should add here that the federal Medicaid Act requires state agencies to seek reimbursements in situations like this. Where third-party liability payments are involved.

ROUGH: Right. So now the question is how much does Florida get back?

Gallardo’s lawyer Bryan Gowdy rejects that. Here he is making his point in oral argument before the Supreme Court.

GOWDY: Medicaid provides a benefit to persons needing medical care. It is not a loan to be repaid later. But in 1968, Congress established a limited pool of third-party liabilities from which a state could seek reimbursement for Medicaid expenses. A liability for future medical expenses does not pay for care available under the Medicaid plan and, thus, is not part of the pool of reimbursement funds.

On the other side, lawyer Henry Whitaker for Florida:

WHITAKER: To help keep Medicaid solvent, Congress made Medicaid the payer of last resort. As part of that role, Medicaid recovers money from tortfeasors who injure Medicaid beneficiaries. The question here is whether the program may seek that reimbursement from a tort settlement, not only out of medical damages or medical expenses paid in the past, but also for medical expenses that will be paid in the future. The statute answers that question. It provides for Medicaid beneficiaries to assign to the program rights to payment for "medical care," not past medical care, not some complicated subset of medical care. Medical care, period. Including payments for medical care that may be necessary in the future.

Gallardo’s lawyer says hold on. A second, different provision says reimbursement is limited to payment that has been made for health care services furnished. Past tense. So the legal dispute boils down to statutory interpretation and how to read two seemingly inconsistent subsections of the Medicaid Act.

Justice Elena Kagan wondered if Gallardo’s lawyer was drawing the line in the wrong place.

When lawyer for the Florida agency took his turn, Chief Justice John Roberts asked about that underlying personal injury case.

ROBERTS: Counsel, does the state ever participate in the underlying litigation?

Go after the truck driver and school district directly. The way Gallardo’s parents did.

WHITAKER: Well, certainly Florida's statute allows us that authority. We don't do that. It's not cost-effective for it to do it that way, for us to—

ROBERTS: Well, maybe not in every one, but if you have sort of ones where the amounts will be significant, that would avoid the allocation hearings after the fact, and you could address those things in the structuring of the, of the settlement or the judgment, right?

At a minimum, Florida could have stepped in and participated in those settlement discussions, and it didn’t.

Here, Empire Health sued to challenge the way the government does that calculation. It boils down to a dispute between the phrase entitled to benefits versus eligible for benefits. The government treats those phrases similarly here. Empire Health says those terms have different meanings.

Bottom line? If the government gets to calculate the formula the way it proposes, it’ll drive down the amount it pays to hospitals. If Empire Heath’s interpretation is adopted, hospitals will get more money.

There are good arguments on both sides.

The American Hospital Association and others sued, claiming the Medicare statute doesn’t allow the government to do that in the way it did.

The court has an opportunity here to do some adjusting itself to a controversial doctrine known as Chevron deference. That says courts defer to an agency’s interpretation of an ambiguous statute.

Justice Clarence Thomas didn’t beat around the bush in this question to lawyer for the hospital association, Donald Verrilli:

THOMAS: Are you arguing that we should overrule Chevron to get to the statutory approach that you're taking?

VERRILLI: We think this is a situation in which the statute is clear, unambiguous, at the first stage of Chevron I -- of Chevron and, therefore, that one doesn't get to the question of whether Chevron needs to be overruled.

The question came up a second time—now by Justice Samuel Alito and worded slightly differently.

VERRILLI: Yes. We want to win the case. Yes.

The amount of discretion given to the administrative state has irked many in the legal community for years. Maybe this’ll be the case to remedy some of that “irk.”

And that’s it for this week’s Legal Docket. I’m Jenny Rough.