Leaving behind the Amish life

Former members of Amish communities in Ohio share their stories 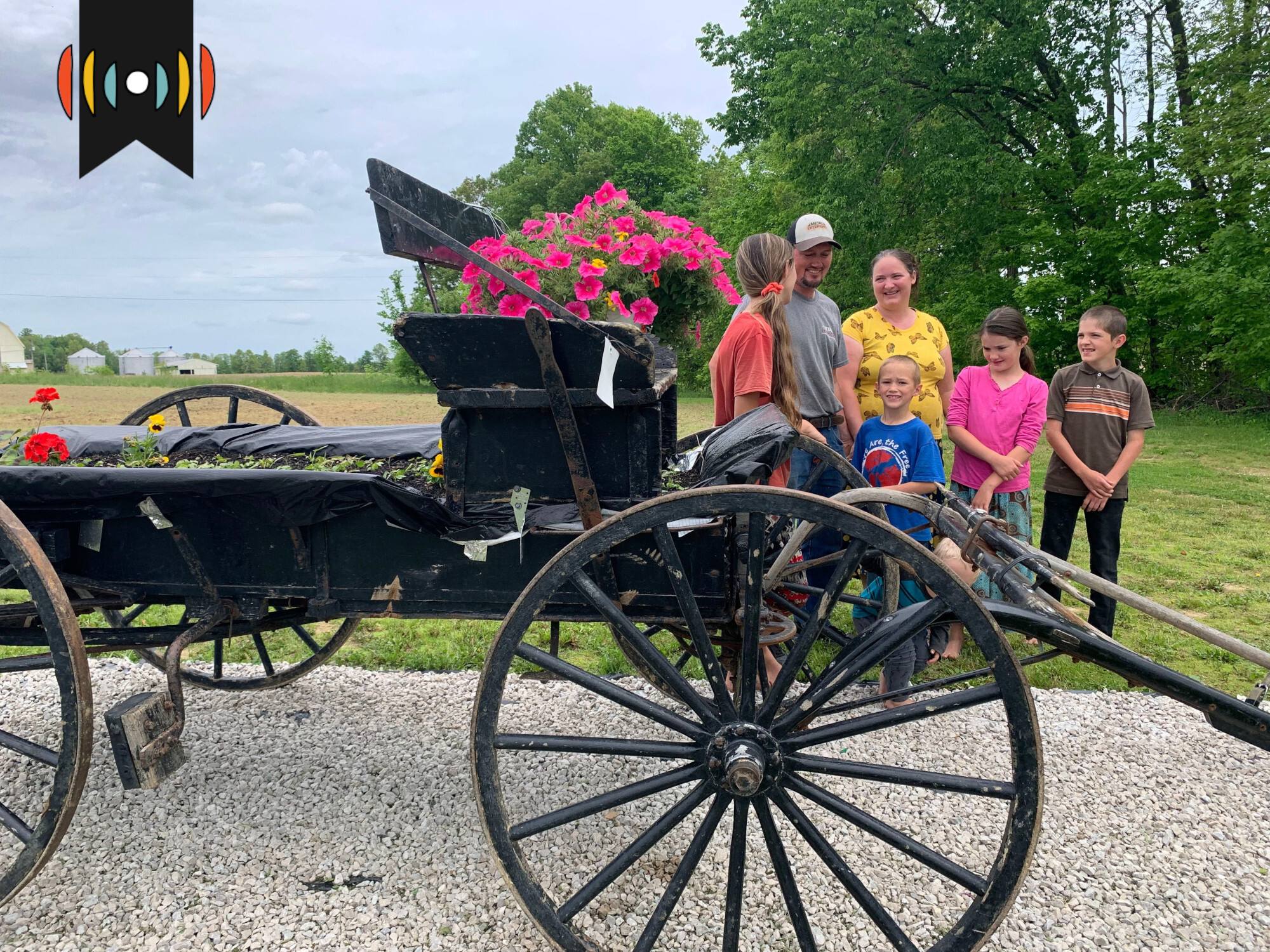 Coming next on The World and Everything in It: Understanding the Amish.

A study from Elizabethtown College in Pennsylvania estimates the Amish population in this country at more than 350,000. If current trends continue, they’ll hit the one million mark in a couple of decades.

REICHARD: But not everyone born into an Amish family stays Amish. WORLD Senior Writer Kim Henderson recently spent time talking with former members of Amish communities in Ohio. She brings us this report.

HENDERSON: This is a county road, is that right?

KIM HENDERSON, SENIOR WRITER: It’s not everyday you take a ride with someone like Levina Hershberger. Someone who used to be Amish but left that community to follow Christ.

We’re driving through the area where she grew up. She’s showing me things like the one-room schoolhouse she attended. She used to walk there in the snow.

LEVINA: We’d turn our back and just kind of back up the road because it was so cold.

And then we pass by the house where she grew up.

LEVINA: My mom lives there in a little house. And my brother lives over here in a big house. That's one of my nieces standing there on the porch.

Yes, Levina’s niece is standing on the porch, but she doesn’t wave. She really doesn’t know her aunt because Levina isn’t welcome in the Amish world. She’s been shunned for more than 10 years.

HENDERSON: Does your stomach do a flip up or anything when you come by here?

LEVINA: No more. It used to. It was three or four years that we left the Amish before I would even drive through here.

The shunning happened because Levina’s husband, Andrew, started reading his Bible in earnest. He began to question his Amish beliefs.

ANDREW: You just go to church, you do your thing, you do what the preachers tell you, and you know, and then you don't have assurance of salvation. You just hope it you know, at the end of life, one way or the other, hopefully you make it to heaven.

He says there’s a lot of emphasis on good works.

ANDREW: Try to do as good as you can and and if you fail, you make confession in the church, you do. You go all through all those rituals all the time, and there's no victory.

ANDREW: I wanted to fix my Amish. The cry on my heart was revival, revival among the Amish.

But his newfound faith couldn’t mesh with his Amish beliefs.

ANDREW: All of a sudden, I realized that it's, you don't revive something that isn't there. And I realized that you need transformation. I made a made an audible commitment to Christ that night, right around 12 o'clock. I will follow you no matter what. No matter what the cost.

Their Amish family didn’t like what was happening with the Hershbergers. They searched their home and found preaching tapes inside a cassette player. They pled with them to return to the beliefs of their forefathers.

The cost has been great for the Hershbergers. The loss of family relationships, Andrew’s construction business, their home. But they have a real desire to show the Amish what Christianity is all about.

ANDREW: They are very closed people. It's really hard to just walk up to an Amish person person and say, “Hey, do you have peace with God?” He will he will close the door right in your face. 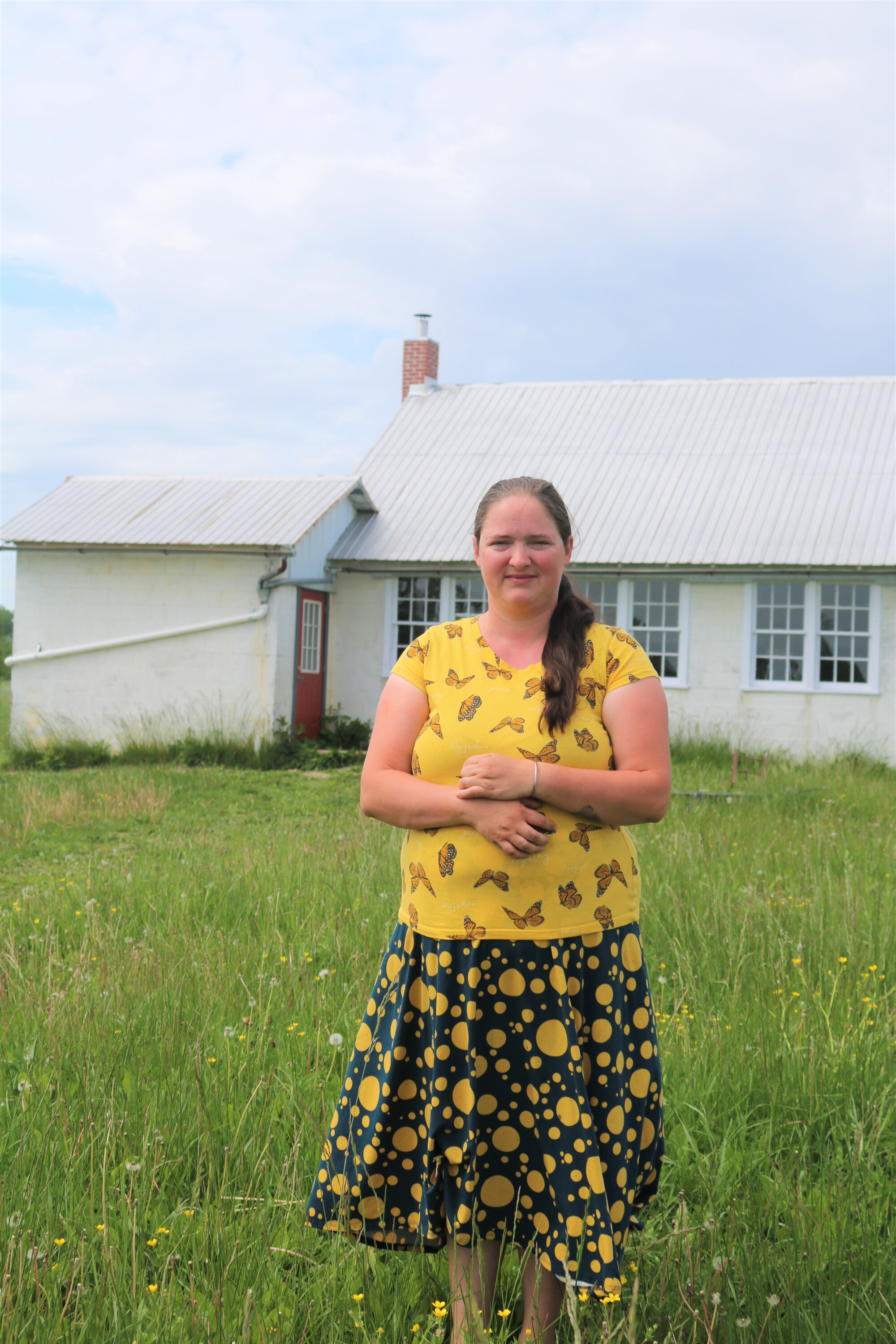 That’s why the Hershbergers purposefully go to places where they will rub shoulders with the Amish, like the local auction spot.

Recently, something special was on the auction block. Levina’s brother—who usually doesn’t talk to her—let her know he was selling their father’s buggy.

ANDREW: My husband didn't talk about it at all till he walked away, and we looked at each other and it's like, let's go look at that buggy.

Levina’s father had just died that spring. This buggy was a tie to him. It had been in the family for three generations.

ANDREW: We went out looking at it and decided okay, we're that's one thing I can get from Dad because we are not going to get anything else because we're no more Amish.

So she and Andrew decided to go for it.

LEVINA: This was at an auction, so they couldn't do anything to keep us from buying it.

They bought it. When you pull up to the Hershbergers’ driveway today, it’s front and center in the yard.

LEVINA: We said we're going to give it a final resting place here. Put flowers on it and have a good memory from Dad.

HENDERSON: So these are the roads that you would go down in the buggy. Going where?

After a car ride through Amish country, Levina and I pull up to her house. I ask her if she thinks her mother will notice the buggy in their driveway?

HENDERSON: But she would never pull up the driveway.

LEVINA: No, she will not, mostly because of man fear. What the people would say if she would.

LEVINA: She looked at me and said, “You know what, right? We all want to go to heaven.” And I say, “Yes. That's where we want to go. Make sure you will go there before you die.” And she looked at me and just smiled. Nodded her head. But that's kind of all we can do. But at least we can do that much. Just talk a little bit.

REICHARD: The Hershbergers are just one of many families who’ve made the difficult decision to leave the Amish. Tomorrow we’ll hear from others who tell us why they left—and what they like most about their new way of life.