Kinks in the refugee chain

Refugees wait in a line after fleeing the war from neighboring Ukraine at the border crossing in Medyka, southeastern Poland, Tuesday, April 12, 2022. Sergei Grits/Associated Press Photo 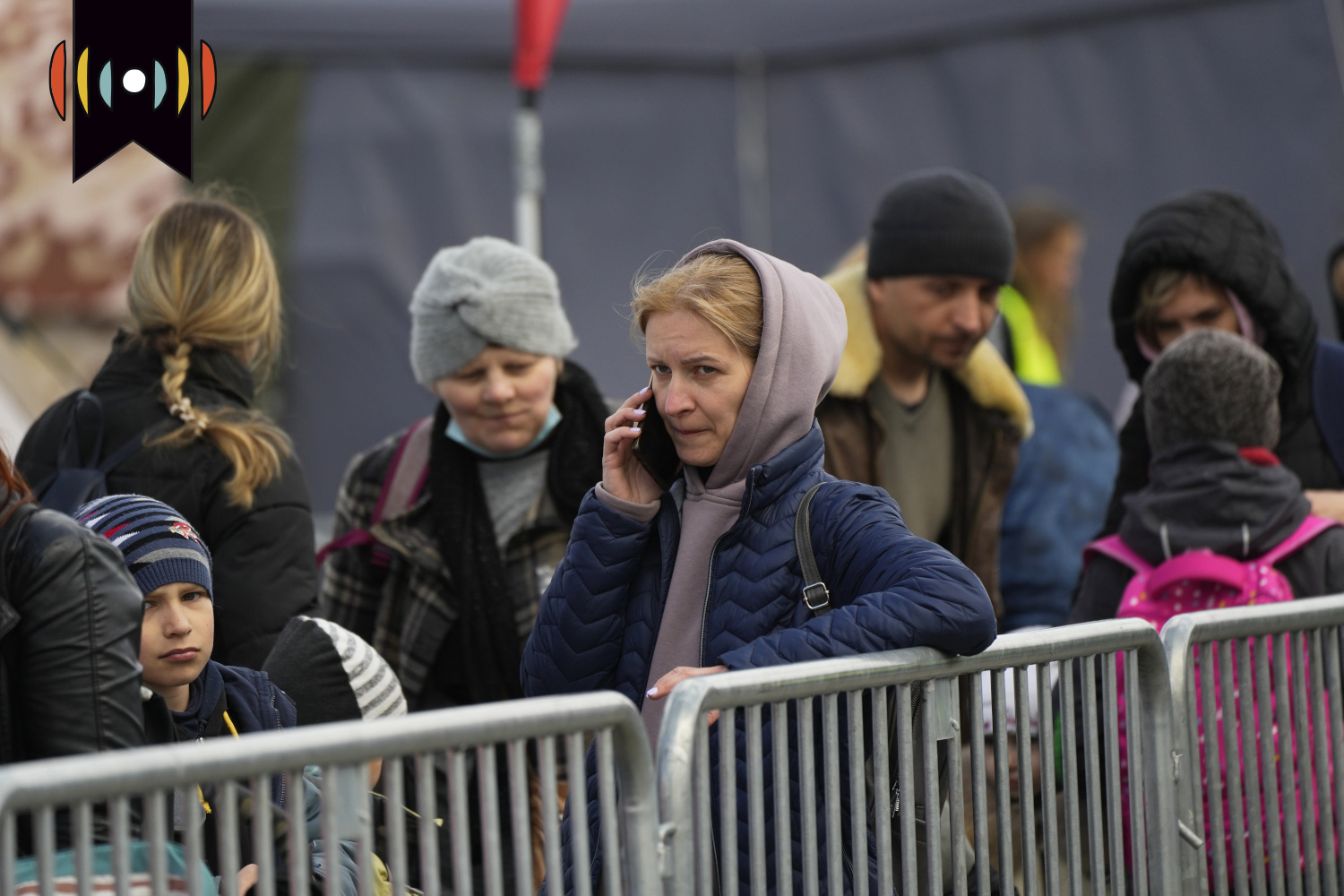 In March, President Biden announced a commitment to welcome up to 100,000 Ukrainian refugees.

Resettlement agencies and nonprofits applaud the effort. But some warn that it won’t happen easily, if it happens at all. WORLD’s Lauren Dunn reports.

LAUREN DUNN, REPORTER: Josh Benton is the vice president of North American ministry at Send Relief, part of the Southern Baptist Convention. In late February, he was preparing to co-lead a workshop on helping Afghan refugees. While he was on his way to Raleigh, North Carolina, a news alert pinged on his phone: Russia had attacked Ukraine.

BENTON: We still talked about Afghanistan, and the agenda was focused on Afghanistan resettlement, but in a short amount of time, we knew that there was going to be a significant refugee crisis in Eastern Europe, in particular.

When refugees arrive in the United States, state department officials coordinate with nine resettlement agencies to help them get settled. These agencies help refugees find housing and employment and show them where to buy food or other necessities. But as the number of refugees dwindled, so did resettlement agencies’ staff.

Matthew Soerens is the U.S. director of church mobilization and advocacy at World Relief. It’s one of the nine resettlement agencies approved to work with the government. Sorens says that since 2017, World Relief has closed eight offices and laid off more than one-third of its U.S. employees.

SOERENS: It was a very dramatic reduction. And what that meant was, I mean, we had, you know, staff appropriate to resettle our share. Usually World Relief ends up being responsible for about 10 percent of the refugees that are settled in a given year, and we were staffed up for that level, we had volunteers trained and equipped for that level of people, church partners. And suddenly, we had almost no one arriving.

This year, President Biden increased the refugee cap to 125,000. In the wake of the U.S. pullout from Afghanistan, agencies and organizations tried to rebound to work with the higher number of anticipated refugees.

SOERENS: We tried to warn our governmental partners at the time, the refugee resettlement program, which had been built over literally decades of, of public/private partnership between the U.S. government and lots of faith-based organizations and other nonprofit organizations. It's not a switch you can turn off and on. And we were concerned precisely about what we're now experiencing.

Housing issues are especially challenging. It’s hard to find a lease for someone with no job or credit history. Especially in the current housing market.

SOERENS: We're not at the same level as we were. And frankly, it's, again, as an organization, we have to make, you know, prudent decisions about when and where to reopen, mindful of the reality that, you know, policies can change again.

And even if policies don’t change, the reality on the ground may not match expectations.

David Bier is a research fellow in immigration studies at the Cato Institute.

BIER: I do not believe that the administration has the capacity to process 100,000 Ukrainians for the foreseeable future. I mean, if you look at the refugee program itself, we're on pace for about 16,000-17,000 for the entire world. And so, last month, that program resettled just 12 Ukrainian refugees, that's out of a population of 4 million that have left Ukraine. And all of those 12 were in the pipeline for multiple years before receiving refugee status through that process.

Bier says much of the immigration system still relies on a paper-based, labor-intensive process. He calls it “mind-numbing inefficiency.”

BIER: Every single step in the process, you know, the multiple interviews, the medical screenings by  government selected physicians, the, the multistage vetting and security review for every single person who goes through the pipeline. It basically means that we'll never use the refugee program to rapidly respond to a crisis.

Delays in the immigration process could be one reason thousands of Ukrainians are entering the country at the southern border.

In early March, the Ethics and Religious Liberty Commission, the public policy arm of the Southern Baptist Convention, sent a letter to President Biden, urging him to focus on improving the refugee resettlement program. Brent Leatherwood is the ERLC’s acting president.

LEATHERWOOD: For the last several years, that program has not received the funding or the support that it needs to be able to function at a high level. So I'm actually hopeful that a situation like this with the Ukrainians might help folks to kind of turn their attention back to that program to say, okay, what are some ways we can help make this function at a bit higher level?

Josh Benton with Send Relief says about 4,000 churches have partnered with the organization since the U.S. military pulled out of Afghanistan. He hopes that trend continues amid concern for Ukrainian refugees.

BENTON: My hope is that compassion would drive us to serve and to care. And whether those individuals that are from Ukraine or anywhere else that are coming here are already Christians, or they don't know who Christ is, that we're willing to show the love of Christ to them so that we can share the love of Christ with them.