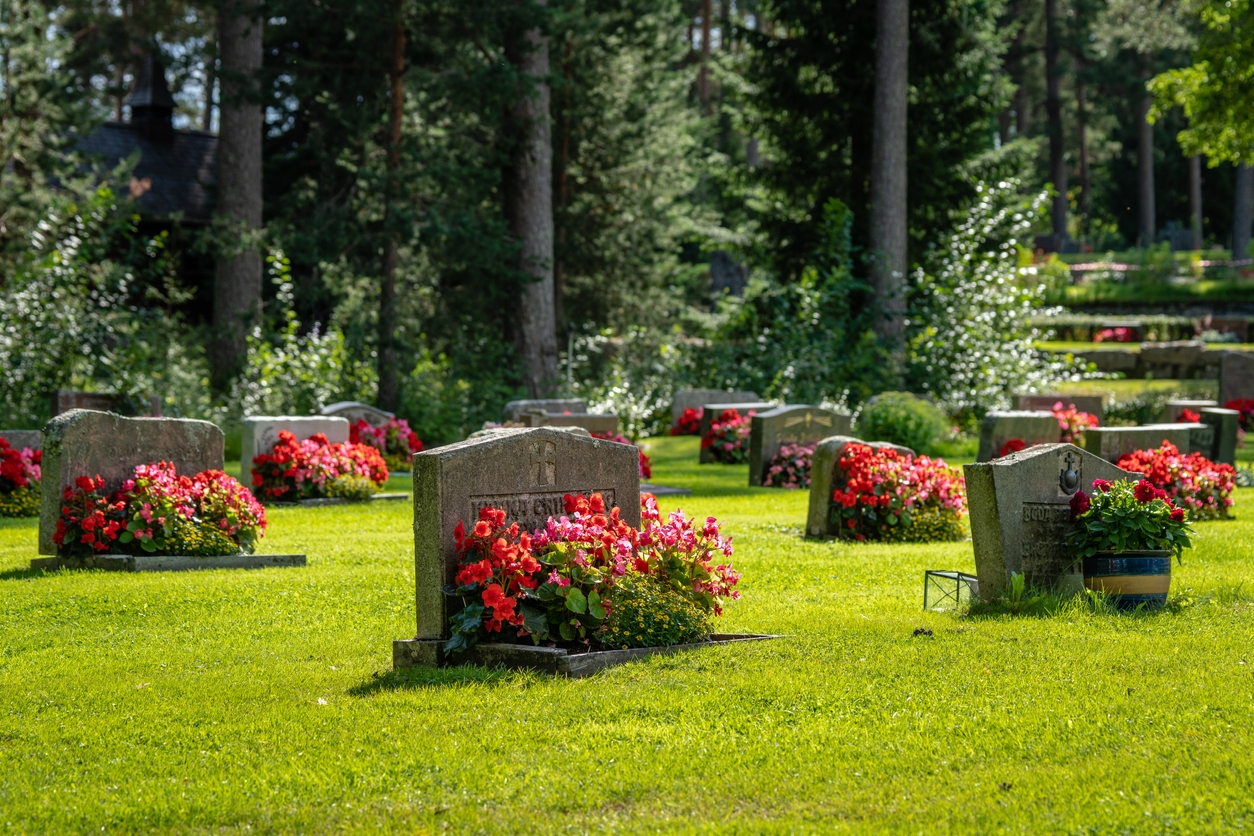 MARY REICHARD, HOST: Today is Wednesday, January 20th. Good morning! This is The World and Everything in It from listener-supported WORLD Radio. I’m Mary Reichard.

KIM HENDERSON, COMMENTATOR: I admit it. My husband and I drove through the Natchez City Cemetery for no other reason than to read tombstones. That’s right. We have a fascination with epitaphs, and it’s commonly acknowledged that the families of the dearly departed in historic Natchez, Mississippi, penned theirs with remarkable style.

I guess that’s why we weren’t the only ones cruising plots that day. I do think I was the only visitor with a laptop slung over my shoulder. Occasionally I would lean its screen against a wrought iron gate and type because I could not help myself, the history was so thick in those etchings.

When we left, I tucked away a file of some 1,000 grave words in the heart of my computer. I figure an inauguration might be a good time to pull it out. That’s because life spans and Presidential terms have something significant in common – the hyphen between the beginning and the end of them.

And it’s the hyphen that counts, right?

We found that for some in the Natchez cemetery, character defined the hyphen. Benjamin Dreyfus’ marker proclaimed, “the crown of a good name excels all else.” For Mary Briscoe, “love and charity were the guides of her  life.” Frederick Read’s family believed “an honest man is the noblest work of God.” Duncan Minor died “beloved, respected and honored by all who knew him.”

Forward others, it was devotion to a lifework. Joseph Stratton was pastor of First Presbyterian for 60 years. Dr. Frederick Seip, born during the American Revolution, “was useful in life and lamented in death.” The patients of another physician, Dr. Slicer, erected a monument to his “worth as a man and in gratitude for his faithful services.” Slicer, by the way, was the doctor’s real name.

North of the entrance, words on a brick crypt mourned William James, a true family man:

Often epitaphs spoke directly to the tragedies of life, unexpected and early. Employees trapped by a fire. A man lost in the Mississippi River. A son said to “have never caused his parents grief but when he died.”

And then there was the tombstone with only three words and a period: “Louise. The Unfortunate.”

Boy, that will give you pause. But even without inscribed dates, God knew all about unfortunate Louise. All the comings and goings and doings that made up her hyphen, had she had one. That’s because nothing is hidden from God.

And for the most part, the epitaphs we found were, well, grave – almost as grave as those Old Testament verses that say our lifetimes and our nations are as nothing before God.

Recently-elected types the country over would do well to visit a cemetery and ponder such things.