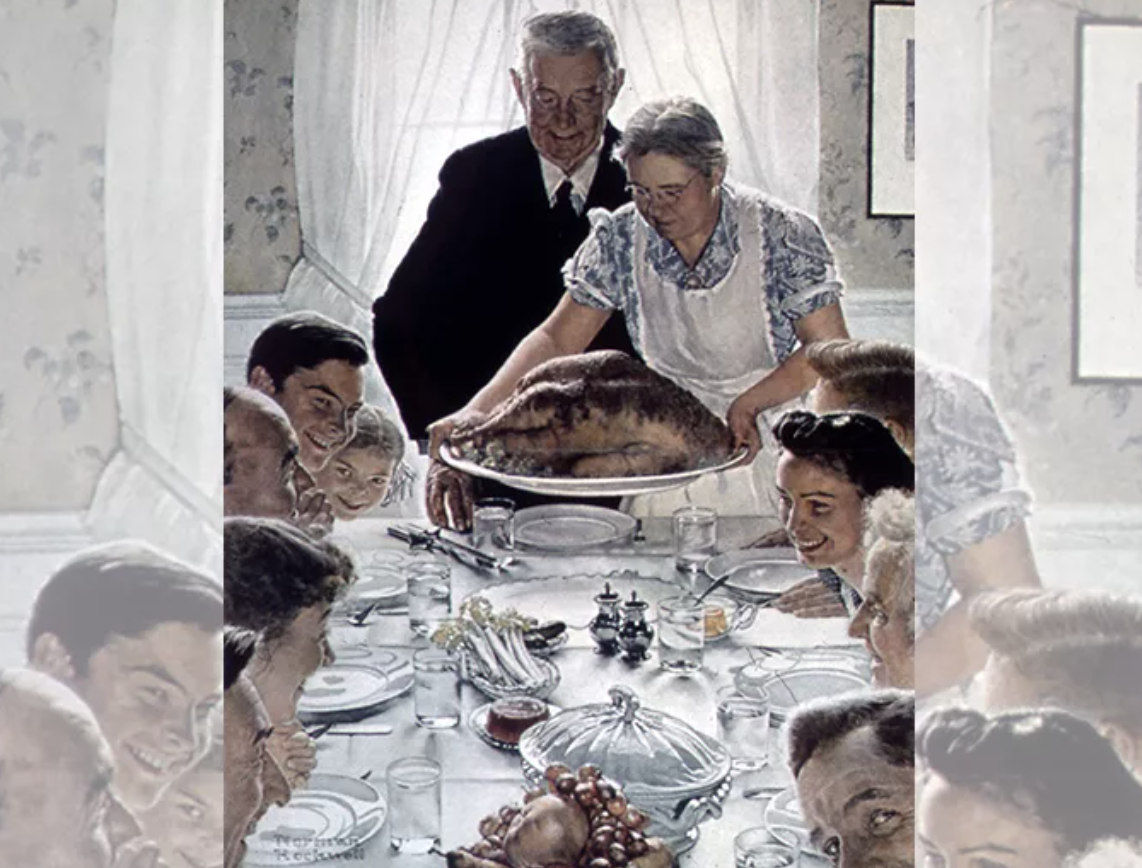 NICK EICHER, HOST: Today is Thursday, November 26th. Good morning! This is The World and Everything in It from listener-supported WORLD Radio. I’m Nick Eicher.

Get this: you can get a whole year of WORLD Watch for $40. That’s half price, available now through Monday. Head over to worldwatch.news to get your subscription at 50% off. 50% off for 100% awesome Big Bash!

EICHER: Commentator Kim Henderson with some thoughts on longing and abundance.

KIM HENDERSON, COMMENTATOR: In January 1941, against a backdrop of world war, “new order” and fascist dictatorships, FDR gave a celebrated State of the Union address. In it, he verbalized four freedoms worth fighting for — freedom of speech, of worship, from fear, and from want.

Two years later, The Saturday Evening Post published essays on each of these freedoms, and their resident artist, Norman Rockwell, provided paintings. One of them, “Freedom from Want,” you would probably know by sight, if not by title. For more than seven decades it has reigned supreme as the image Americans most associate with the Thanksgiving holiday.

Need me to paint you a picture? It’s the one where the dining room table is covered by a white tablecloth and set with the good silver, and Grandpa is at the head of it with carving tools in hand. Grandma, in her apron, is shown bringing the turkey to its rightful place while the rest of the family leans in around the table, smiling.

Rockwell wrote that his four freedoms assignments were “worth everything that he could give them and more.” It was a bold undertaking for the artist, this attempting to communicate the abstract notion of freedom on canvas, and Rockwell is said to have fussed greatly over the Thanksgiving scene in particular. His concern was that it might convey overabundance, rather than the intended freedom from want—thus the water in the glasses and absence of nearly everything else that will be on our holiday menu.

Rockwell’s “Freedom from Want” was never a Saturday Evening Post cover, but it did tour the country and raise more than $130 million dollars for the war effort. Though art critics of Rockwell’s day made little of his work, The New Yorker reported that Rockwell’s four freedoms “were received by the public with more enthusiasm, perhaps, than any other paintings in the history of American art.”

Today’s viewers continue to appreciate Rockwell’s skills (check out the reflection of the porcelain plate), but these days their eyes may linger longer on the family depicted—intact, multi-generational, harmonious. Even so, it is just that—a depiction. Rockwell himself, thrice married and far removed from his Episcopal choir boy days, once admitted, “I paint life as I would like it to be.” That’s why all the individual portraits were posed, including that of Mrs. Thaddeus Wheaton, the Rockwell family cook who served as the model for the grandmother serving the turkey.

The artist later summarized: “She cooked it, I painted it, and we ate it.”

That’s OK. Few homes can live up to an idealized holiday gathering involving simultaneous smiles, starched aprons, and plated celery stalks. I doubt I’ll be tucking any parsley around our turkey platter, either.

The point is, Rockwell’s famous painting reminds us that the real joy at any Thanksgiving table isn’t the stuff on it, but the people around it. A close look at “Freedom from Want” might just leave you hungering for something more this year.