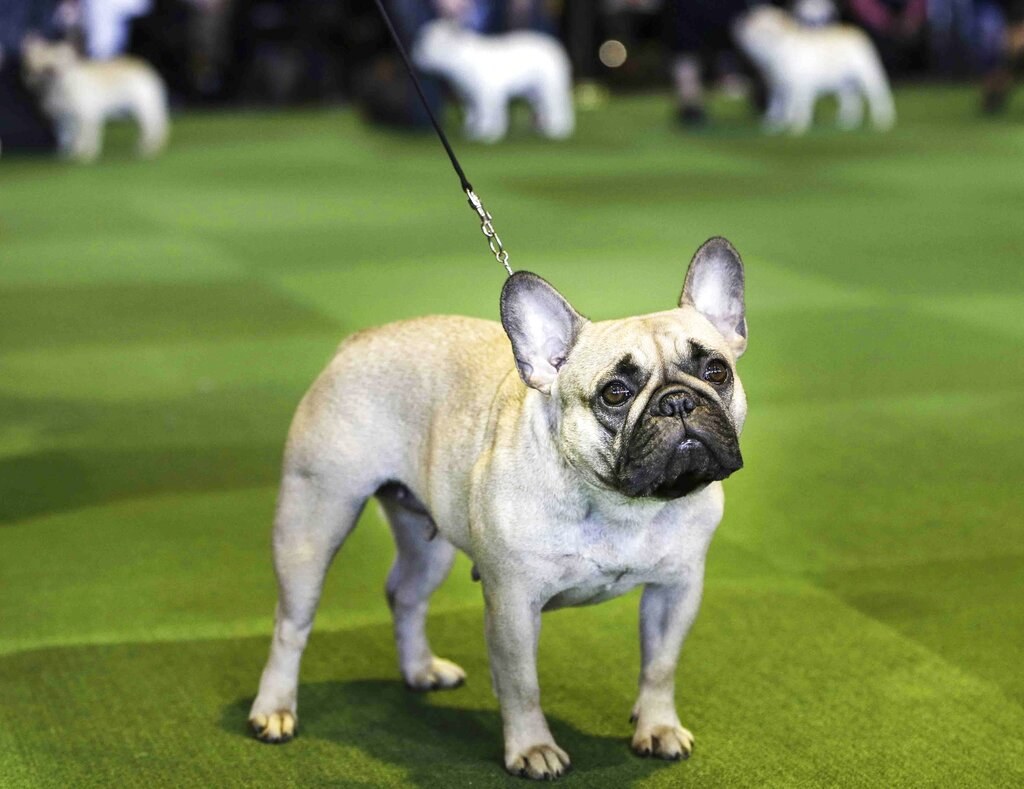 The American Kennel Club released its annual popularity rankings. These are based on registration statistics.

And this year, there is a new No.2 on the list announced here on AKC tv.

AKC: A huge surprise to everybody and us as well. We were excited to see a shakeup in our top-5. Up the rankings from last year to number 2, the French Bulldog!

Rounding out the top-5, at number 5, the good ole classic bulldog.

At number 4, golden retrievers. Number 3? German shepherds. Then of course our newcomer the French Bulldog at 2.

Now the number 1 most popular dog in America? Probably no surprise. The breed’s been there for 30 years—drumroll please…

The Labrador retriever. Intelligent, even tempered, kind, agile, and trusting.

(AP Photo/Seth Wenig, File) In this Feb. 16, 2015, file photo, a French bulldog competes at the Westminster Kennel Club show in New York. The French Bulldog is among the top ten popular breeds for 2020.