Kicker - Perdita gets a new home 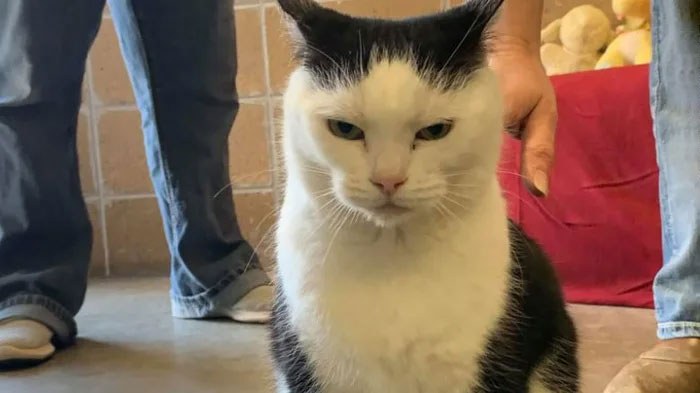 MARY REICHARD, HOST: Well, today we have an important update on a story we brought you last week.

It’s about Perdita, the black and white tabby cat.

REICHARD: Exactly what I’m talking about!

Remember that at first, veterinarians thought grumpy ol’ Perdita was sick, but it turned out she was just obnoxious—in a contemptible fashion.

And that’s how the animal shelter honestly characterized her in that light-hearted Facebook ad.

Well, that post turned out to be Perdita’s ticket out of the shelter. Nearly 200 applications to adopt her arrived. We’re happy to report that she was adopted by a couple from Tennessee who must’ve figured with a name like Perdita, the poor little thing would just live down to her name.

So they renamed her Noel.

The couple said that’s “just in case the name is the cause of her anger.”