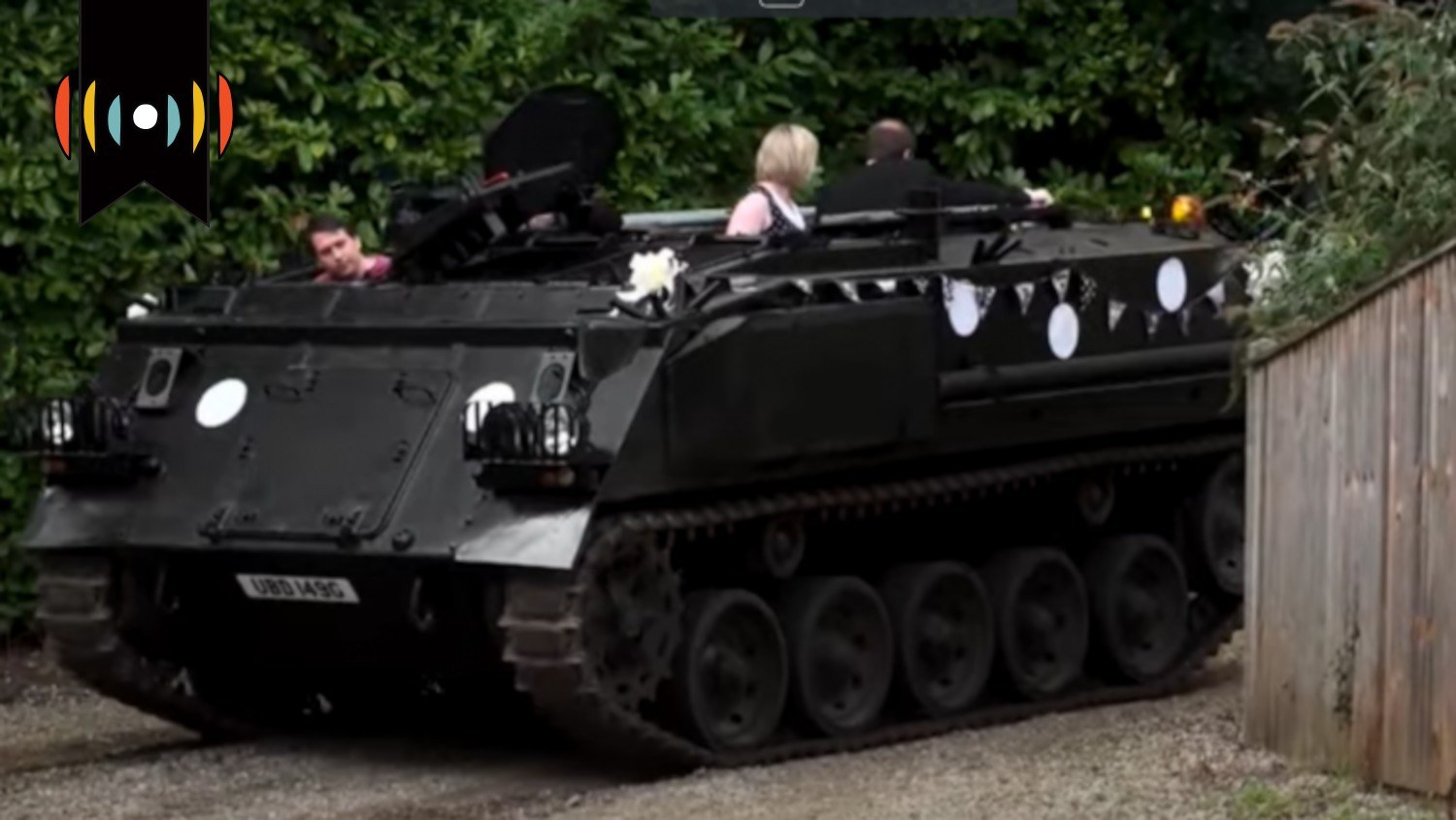 MARY REICHARD, HOST: Why show up at a wedding or another big event in a limousine when you can arrive in a tank?!

EICHER: Why indeed? I have no answer…

REICHARD: Well, right, because there is no reason! A man in England has a pretty cool new side hustle after he bought a tank online for the equivalent of $35,000 U.S.

Great idea, really. Merlin Batchelor is his name. He drives people around in what he calls his “Tank Taxi.”

EICHER: Now there’s no mounted gun on the vehicle, this is England—not America—so is it actually a tank?

REICHARD: Aha! See? But aside from the missing gun, it looks just like a tank. Besides, “Armored Personnel Carrier Taxi” doesn’t have the same ring to it.

And as Batchelor told CBS News, most people don’t know the difference.

BATCHELOR: They’re pure entertainment, and as you’re driving along the street, there are so many people smiling, laughing, pointing.

REICHARD: I want that. It’s The World and Everything in It.