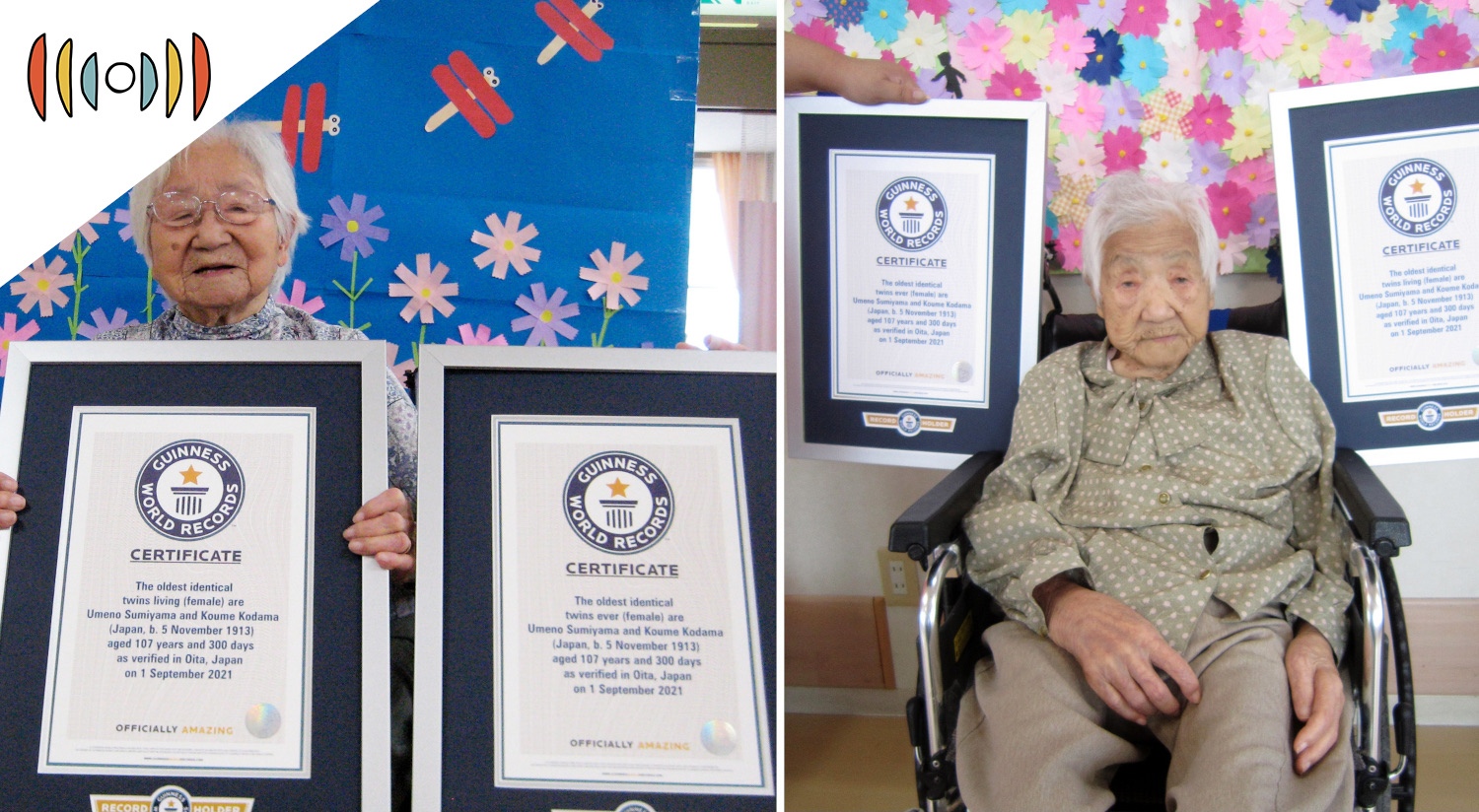 PAUL BUTLER, HOST: It took two Japanese sisters a very long time to break this particular world record, but they finally did it!

Sumiyama and Kodama are identical twins. Having two girls in one family was somewhat rare in Japan when they were young. And the sisters recall being bullied because of prejudice against children of multiple births in Japan. They were the third and fourth of 11 siblings.

But the two remained close, and in recent years, they began to think they might just have a shot at the record they just broke.

And it only took them 107 years to break it.

Sumiyama and Kodama are now the world’s oldest twins—107 years, 321 days, to be exact.

Due to anti-coronavirus measures, the sisters received their certificates by mail at their separate nursing homes. Guinness reports that Sumiyama accepted hers with tears of happiness.