Seattle Kraken fan Nadia Popovici poses for a photo before an NHL hockey game between the Kraken and the Vancouver Canucks, Saturday, Jan. 1, 2022, in Seattle. Ted S. Warren/Associated Press Photo 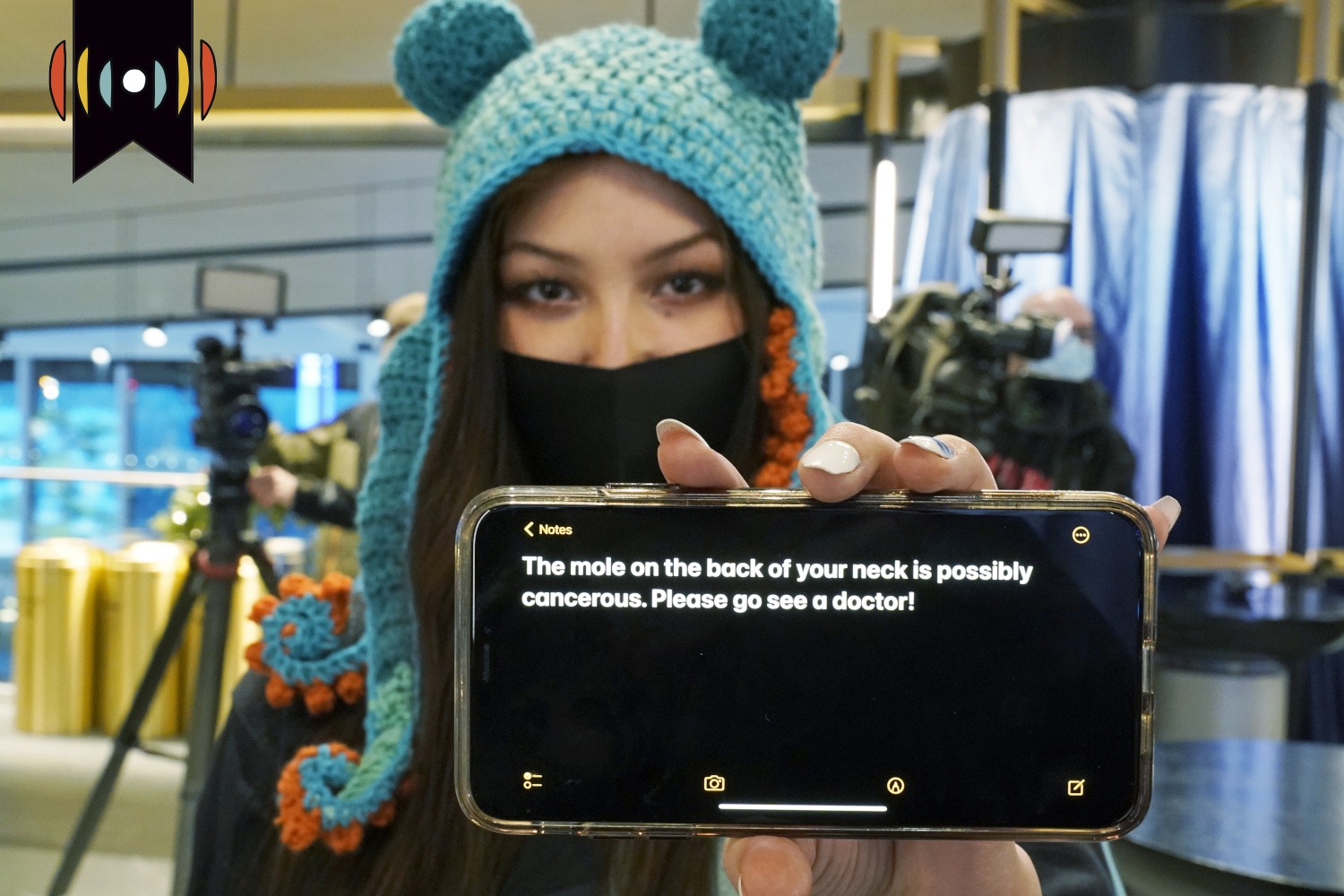 MARY REICHARD, HOST: Nadia Popovici had great seats for a recent NHL game between the Seattle Kraken and Vancouver Canucks. And that seemingly insignificant fact may have saved someone’s life.

Popovici was seated right behind the Canucks bench and directly behind assistant equipment manager Brian Hamilton.

She told CBC News what happened.

POPOVICI: He reached over and the back of the lapel of his jacket kind of came down, and I caught sight of his mole right in front of me.

Turns out, she’d worked in a cancer clinic. That’s why she noticed a suspicious blemish on the back of his neck that most people would never notice.

Popovici banged on the plexiglass to get Hamilton’s attention. Then she held up her phone with a message: "The mole on the back of your neck is possibly cancerous. Please go see a doctor!"

Well, it was a malignant melanoma. It’s now been surgically removed.

As a hearty thank you, the Kraken and Canucks presented Popivici with a $10,000 medical school scholarship.