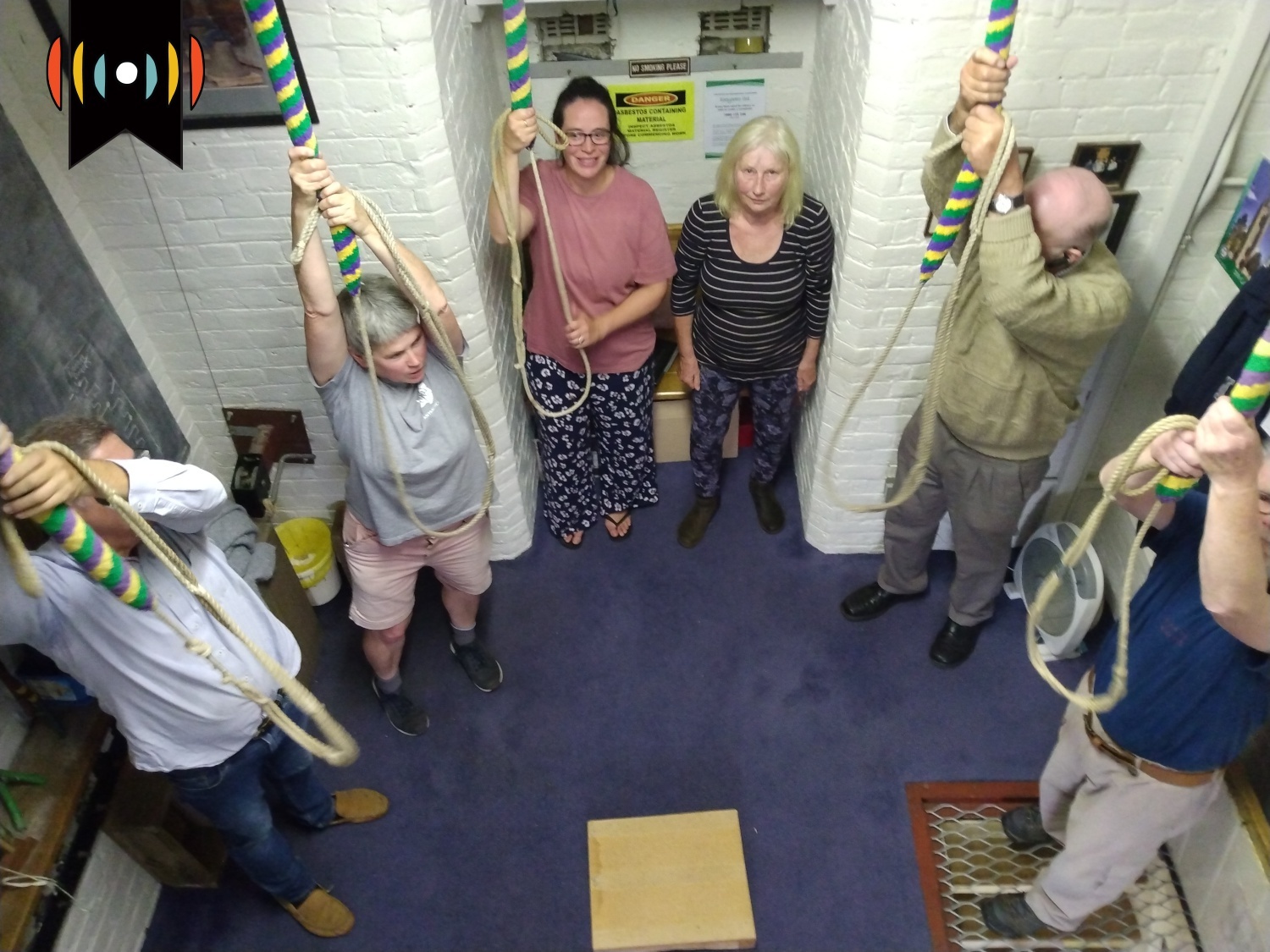 MARY REICHARD, HOST: Today is Wednesday, March 23rd. Thank you for turning to WORLD Radio to get your day started.

PAUL BUTLER, HOST: And I’m Paul Butler. Coming next on The World and Everything in It: ringing the bells.

There’s more than one way to ring the bells. One is called English change ringing.

It’s a precise art form. It shows up a lot in British TV, like in this 1970s version of The Nine Tailors.

REICHARD: This kind of bellringing was developed in the 17th century, and it’s still in practice today. WORLD correspondent Amy Lewis climbed the stairs of a bell tower in Australia to meet a few 21st century bell ringers keeping the tradition alive.

AMY LEWIS, CORRESPONDENT: David Heyes was only five years old when he started visiting bell towers with his brother. Though it took 10 more years before the bellringing bug bit him–at a convention in Tasmania.

DAVID: And I saw the interaction with people and things like that, so I decided, right, I’m going to give this a go.

Around the same time, Mary Cowling was in high school when her sister came home from university one day.

MARY: My sister who had gone to the big city of Melbourne to study, came home one holiday and said, “Mary, we’ve discovered this fabulous new hobby. You’ve got to do it! It’s called bellringing…” The actual magic of the bells was the deep, rich sound. They’re very big bells in the town hall, and the deep sound was just magical.

…fell in love, and got married.

While looking for a church, they discovered that St. Paul’s Anglican Church in Geelong was restoring its bells. The bells had been silent for 100 years. David and Mary jumped in to help—and have been at the church ever since.

St. Paul’s square brick tower rises over the busiest street in Geelong. It’s the only church in town that does English change ringing. 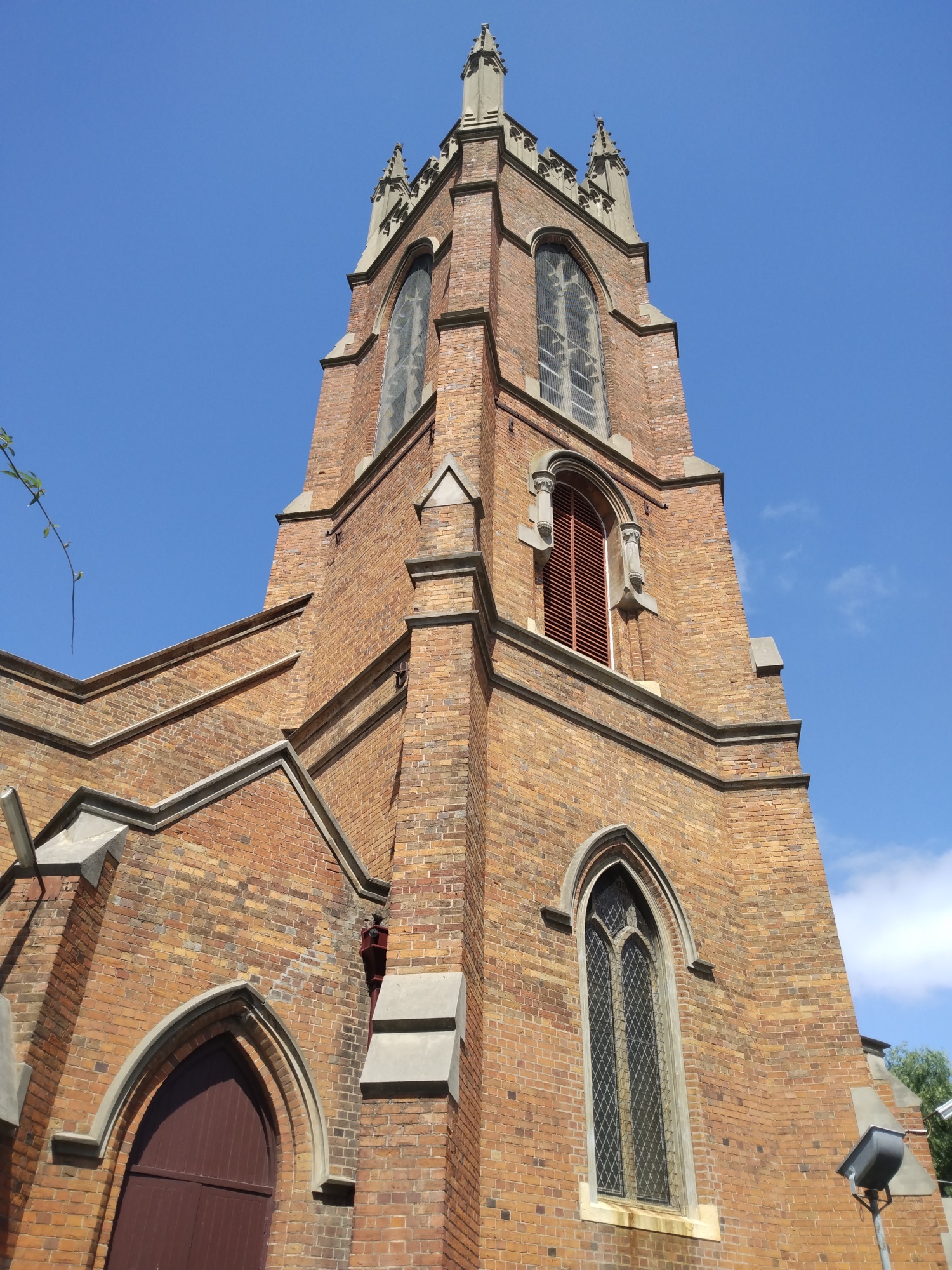 Each bell is attached to a large wheel and balances with its mouth pointing up. Bellringers pull a rope attached to the bell’s wheel to make it spin one rotation. That makes the clapper strike when the bell is almost three-quarters of the way around. 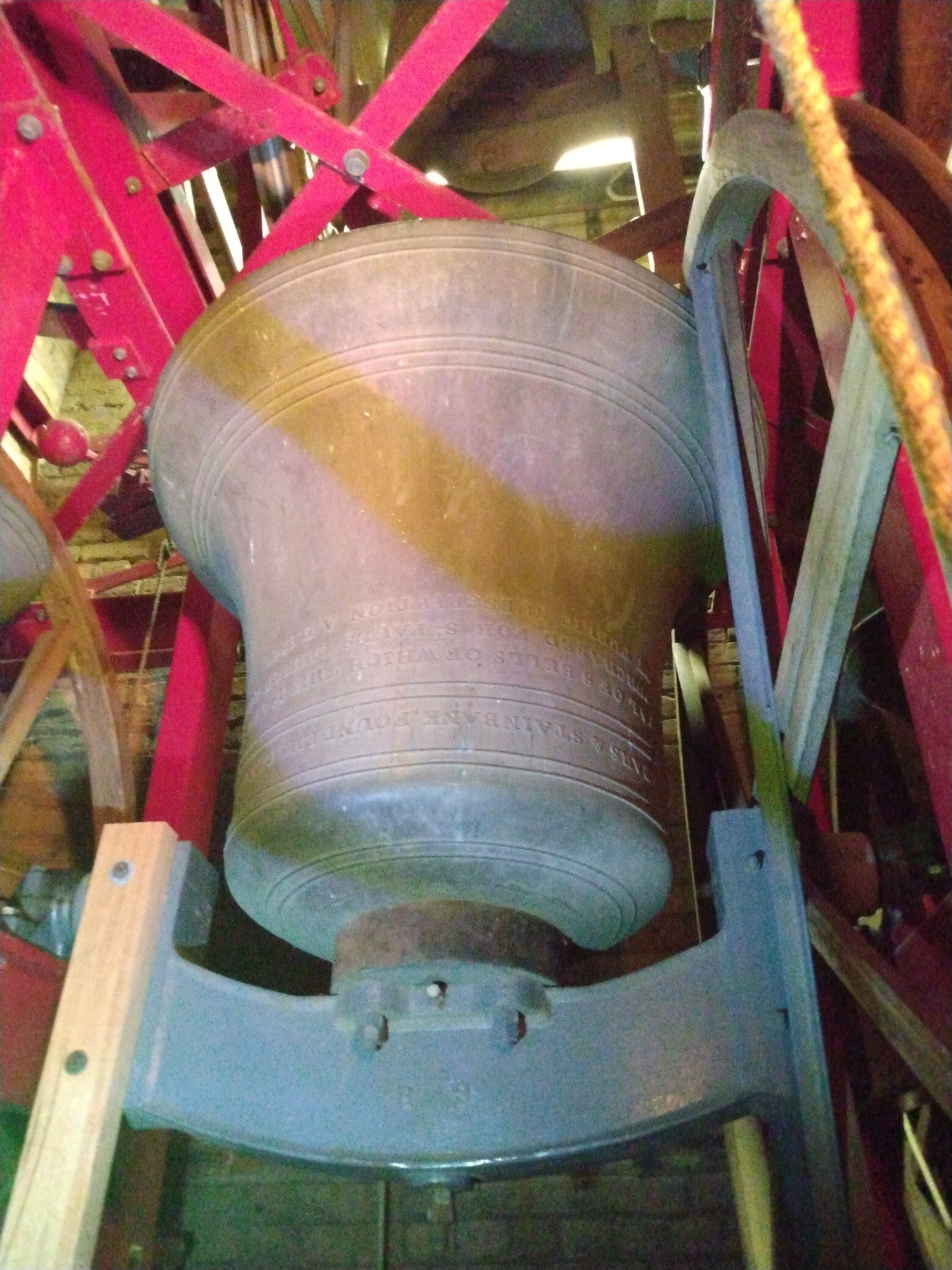 But that can get monotonous after a few rounds. So, bellringers in the early 1600s developed a method to ring different patterns.

MARY: And then we start mixing the (Change the order), yes, we change the order according to certain mathematical (principles) principles… We have method names. So you’ve probably heard Grandsire from the Nine Tailors, Dorothy Sayers’ Nine Tailors...

The methods are full of permutations, algorithms, and Hamiltonian cycles. Think of each bell as a traveling salesman who goes in a certain pattern to each of his cities exactly once. He never retraces a path, but he ends up where he began.

MARY: Our son is one of them. His life is computers and his brain just laps up these numbers and things. 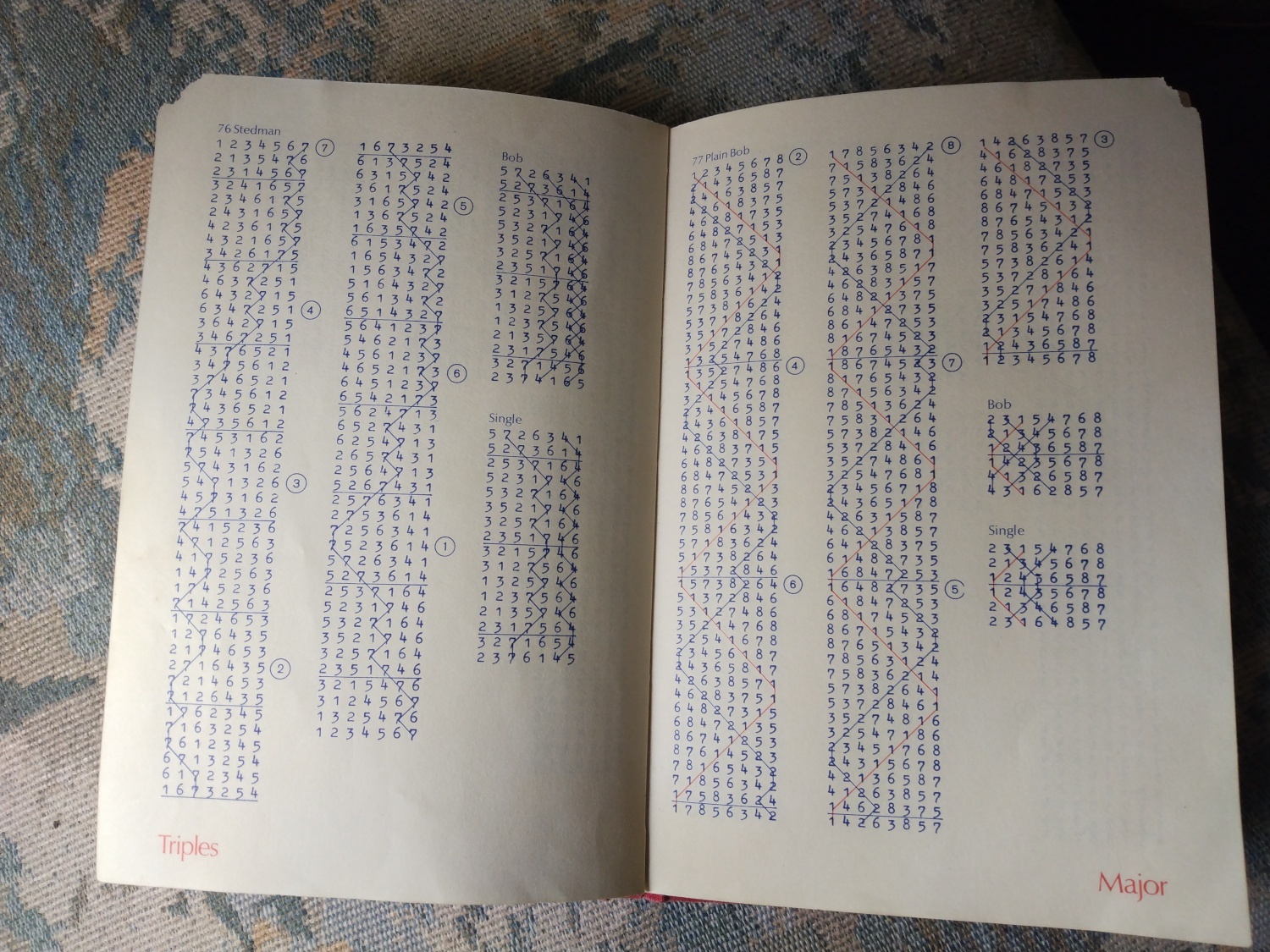 MARY: And our aim is to keep everything strictly mechanically one after the other. And that’s the skill.

MARY: We go through cycles where we have enough to ring all 8 plus a few extra. And then like last year, the year before, two of our members died, two became too frail to ring. (Some move away and go to universities). And we’re at the point now of struggling to get a team.

But when you have a team? There’s nothing quite like it.

MARY: The best part is when you have a good team around you, you’re ringing a method that challenges you without extending you so you’re stressed and worried. And the rhythm is going and you’re just engrossed. You’re just in another world. You’re making magnificent sound and it’s just so elevating. But the community is a good thing too.

The relational side of bellringing is on clear display this Sunday afternoon. Bellringers from three different towns arrive for a practice session. 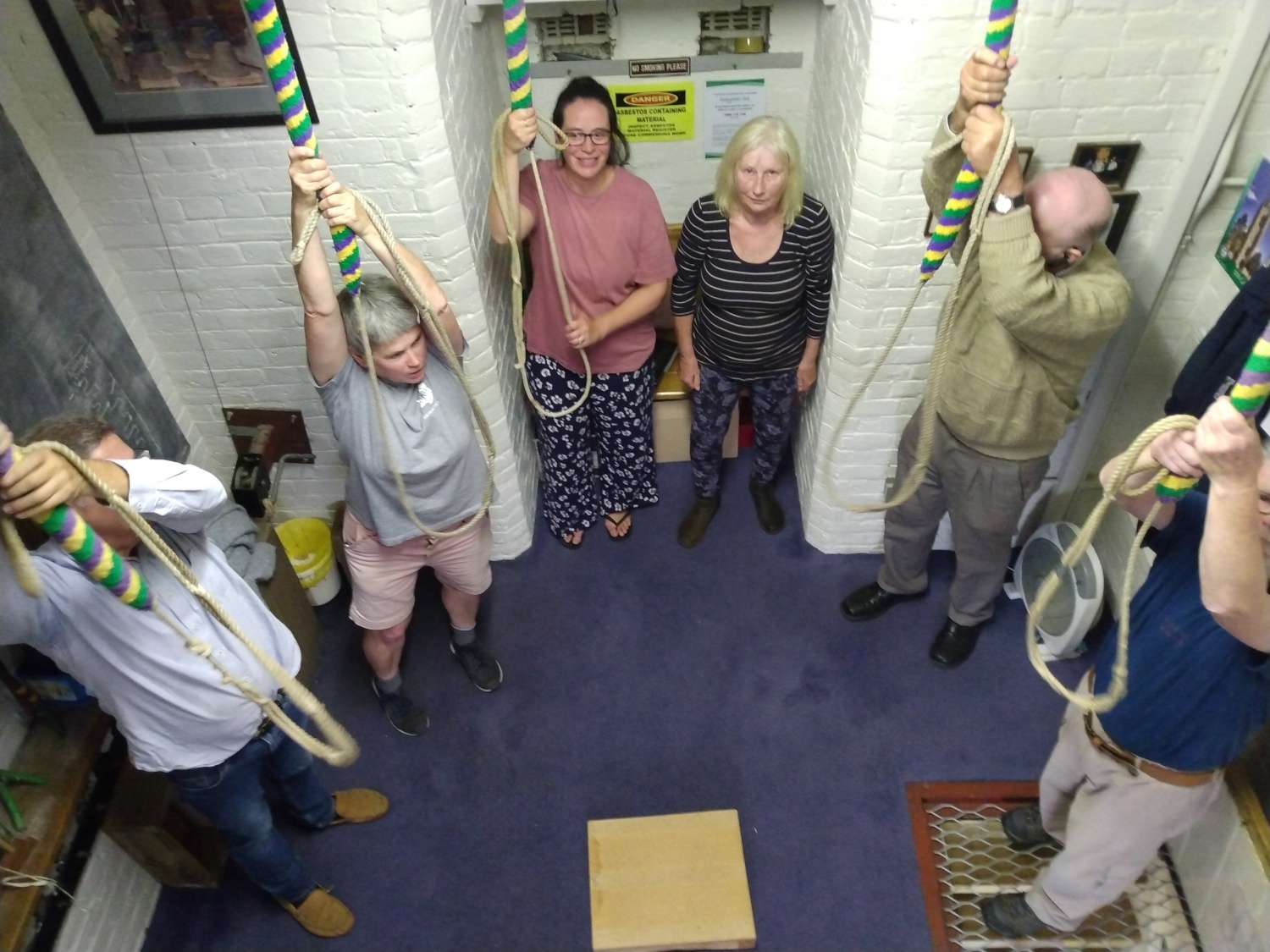 AUDIO: [Bellringers chatting] David, is Mary coming? No, she’s ill. No, she’s not well. So we should do Stedman Doubles…

They wear flip flops and moccasins, dress shoes, hiking boots and tennis shoes. They’re different ages and come from different walks of life. Mary is out sick this afternoon. But Helen from Melbourne brings her a homemade jar of jam. A bellringer from Ballarat asks after David’s health. They care for one another, even though they usually ring in different towers.

When COVID restrictions limited how many people could be in the small belltower, the bell still rang.

MARY: David came over every day for 9 months. Every day and just rang our biggest bell as a kind of symbol to the community that we’re still here and we’re still trying to outreach people. Remember the man who was stuck here from overseas? Every morning hearing the bell toll just made him feel a connection with his home and his church and his family.

The purpose of the bells hasn’t changed for all these hundreds of years.

MARY: To call people to worship is the short answer.

DAVID: Of course in the early days, the bells were sending messages to people out in the field and thing, and giving them indications of the time of day and all those sorts of things,

MARY: and when to pray.

In the words of the hymn-writer,

‘The Lord our God is here.’

With voice or bell, His name