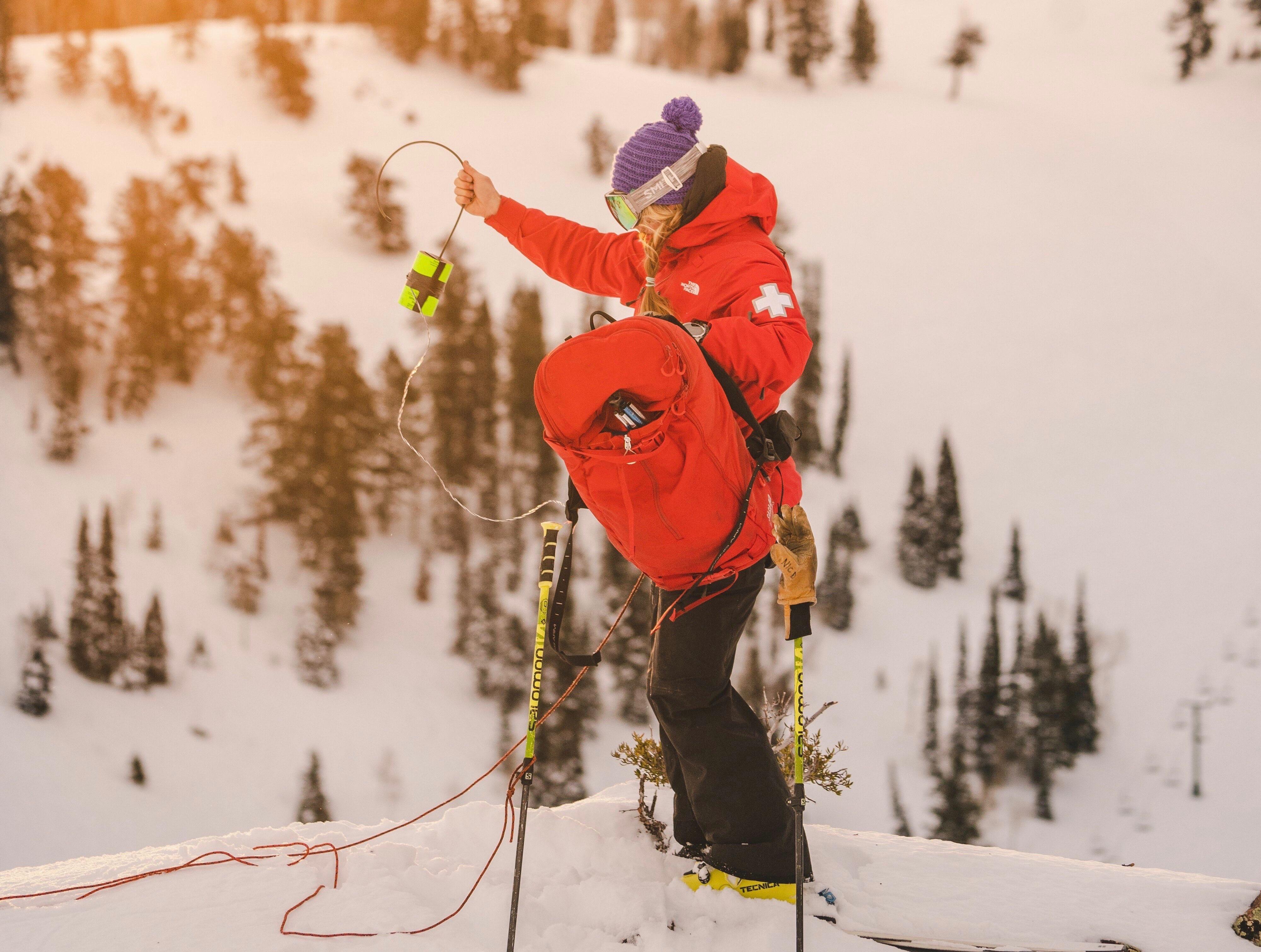 MEGAN BASHAM, HOST: And I’m Megan Basham. Coming next on The World and Everything in It: another in our occasional series “What Do People Do All Day.”

Last year nearly 10 million skiers and snowboarders visited ski resorts in the United States. As they shred snow packed slopes, they have a lot on their minds—keeping their balance, avoiding other skiers, and staying comfortable. Most aren’t worried about avalanches.

EICHER: That peace of mind is thanks in large part to Snow Safety Teams. These are men and women who intentionally create avalanches, so resort guests won’t unintentionally get caught in one. WORLD reporter Sarah Schweinsberg spent the day with a Snow Safety Team in northern Utah to find out how they are making snow just a little more predictable.

SARAH SCHWEINSBERG, REPORTER: The sky is gray and the peaks of the resort mountains are shrouded in clouds. But no snow is falling.

DYE: If it was snowing, well I would have postponed this interview.

Dye’s job is to do everything possible to prevent any type of avalanche from hurting guests. No new snow means less avalanche danger.

Making sure all of the resort’s snow is avalanche proof is a big job considering Powder Mountain is the largest ski resort in the country.

DYE: It’s constant analysis. And monitoring to make a decision on when it is manageable for us and safe to allow public skiing on it.

It’s vital that Dye understands how weather conditions will affect the snowpack. Temperature, air moisture, wind speed and direction, the amount of snowfall and how past weather is still affecting today.

One month ago, freezing rain covered the snow here.

DYE: And now we have one to two centimeters deep. It looks like an ice rink. There is some historical articles that have been written up. I jumped into those even more deeper than I had before to try to understand how incoming storms or weather will affect this thing or how our avalanches are going to react to it.

Dye scrolls through columns and columns of numbers. The numbers are readings from area weather stations.

DYE: Collecting all this data overnight and then presenting a forecast for the day is how we decide how we’re going to manage our terrain. And then we do like a reconciliation or reassessment if you will in the p.m. to see what we got right and what we got wrong.

The best way to see if the team’s forecast is correct, is to get outside.

At noon, Dye and her teammate click into skis, put on bright red jacks and head out to check their designated resort zone.

At the top of the main ski lift, Dye can see the resort’s main valley. It looks like a big bowl filled with snow, aspens and pines. All of the ski runs end up at the bottom.

They’re checking to see if the icy snow around the bowl has any dangerous build up that could turn into an avalanche.

Nichole Dye demonstrates. She ski’s quickly over a pillow of snow. But her technique looks odd. She leans back into her heels. The tips of her skis come out of the snow, and she bounces from side-to-side. By pushing down with her weight and bouncing, any loose snow will slide down. The technique is called a ski cut. It keeps large amounts of snow from piling up.

DYE: What we are trying to do is keep it really small so it’s constantly manageable. You can do small manageable ski cutting while the resort’s open.

When the resort isn’t open, the Snow Safety team can use more explosive means to start bigger avalanches: snow bombs. The snow bomb sends shock waves through the snow. That causes avalanches.

Dye skis up to a renovated shipping container. The Snow Safety team prepares the snow bombs inside. They can set off up to 130 shots a day.

DYE: They are made out of pentolite. They have a blasting cap that goes inside of them and then a fuse that comes out. And then we have these little pull wire igniters that you put on, pull it, it has a little coil and it lights the fuse.

On days when they need to set off the explosives, Dye’s team arrive at the resort dark and early. They start setting off the bombs at dawn to make sure the resort can open on time.

Back in her office, Nichole Dye says sometimes there’s just too much snow for bombs or ski cuts to work. When that happens, she closes sections of the mountain. People don’t like that.

DYE: Just a lot of drive by comments of when and why, what is going to happen…  you just kind of be patient and tell them you know we’re doing the best we can.

Dye says, even though she’s been working at the resort for a decade now and knows her snow, there’s still a feeling she could be missing something.

A close call earlier this year heightened those nerves. One morning, Dye and her partner went out patrolling the mountain. Suddenly the snow broke and an avalanche swept down the mountain taking Dye with it.

DYE: It kind of just tipped me over and took me down a couple hundred feet. It just washed me up so fast… it kind of sucked me into the gully.

The avalanche buried her from the neck down. Thankfully, she was OK.

DYE: It was probably five minutes, by the time he had me out and I could actually stand.

That day made Nichole Dye evaluate if she still wants to intentionally cause avalanches. So far the answer is yes. The pay in powder and adventure is still too good to pass up.

DYE: I have this weird sickness of like when I’m in it I want to get out of it. I’m just like stressed all the time. And then when I’m out of it all I wanna do is get back into it.