Judging between the lines

WORLD Radio - Judging between the lines

Ketanji Brown Jackson, nominated to be a U.S. Circuit Judge for the District of Columbia Circuit, testifies before a Senate Judiciary Committee hearing on pending judicial nominations on Capitol Hill in Washington, April 28, 2021. Tom Williams/Pool via Associated Press 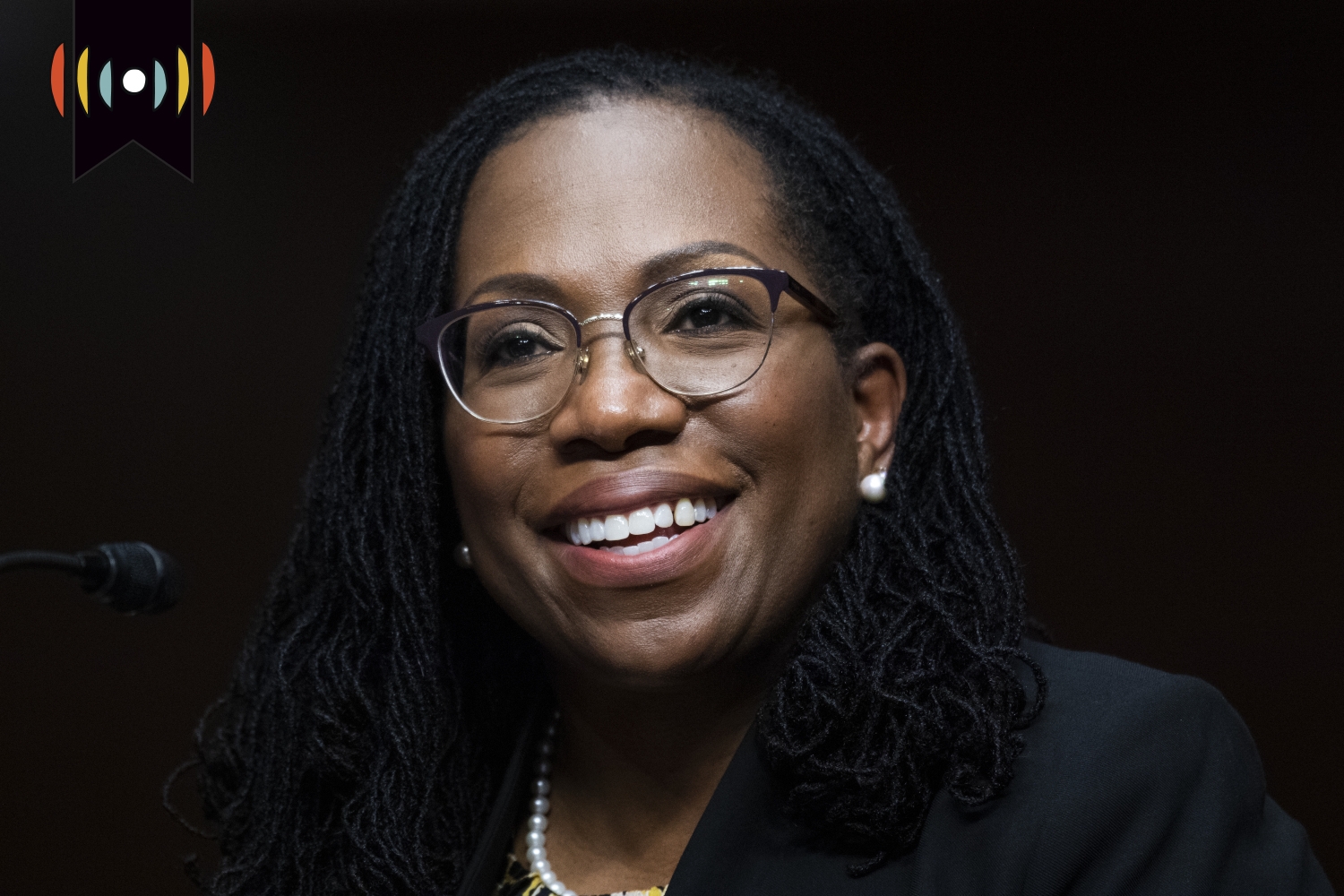 MRYNA BROWN, HOST: Up next: Who is Judge Ketanji Brown Jackson?

The Senate Judiciary Committee said Wednesday it will begin the confirmation hearing for Supreme Court nominee Jackson on March 21.

That keeps the Senate on track for a possible final vote next month. If confirmed, she will replace outgoing Justice Stephen Breyer.

MARY REICHARD, HOST: But who exactly is Judge Jackson and what could we expect from her if she is confirmed to the nation’s highest court?

Joining us now to help answer that question is Brad Jacob. He is an associate dean and professor of law at Regent University School of Law. Professor, good morning!

BRAD JACOB, GUEST: Good morning. It’s a pleasure to be with you.

REICHARD: Glad to have you. Well, Ketanji Brown Jackson is 51 years old. She is a federal judge on the U.S. Court of Appeals for the District of Columbia. First, tell us the importance of that particular court?

JACOB: Well, in legal circles, the Court of Appeals for the District of Columbia circuit is often referred to as the second highest court in the land. It's been a veritable pipeline for judges going on to be Supreme Court justices. The DC Circuit tends to get many of the biggest cases with national impact, because they come in through Washington, DC, and they go to that circuit. So these are judges who are used to dealing with important controversial cases.

REICHARD: Of the top candidates that were rumored to be on President Biden’s short list, some Republicans say Judge Jackson might be the most liberal among them. Do her issued opinions back that up, in your view?

JACOB: I think she is a political liberal. From my perspective, more importantly, she is not a textualist. Her focus is not necessarily on what did the words of the Constitution or the statute mean when they were written. She is much more likely to say, what should this statute mean today? What should this constitutional provision mean today? So she's not in any way going to be following the jurisprudence of an Antonin Scalia or Clarence Thomas or a Sam Alito. As to whether she is more or less liberal than some of the other candidates, it's kind of hard to say. Probably depends on the issue.

REICHARD: Would you say her writing is distinguished in some way, either scholarly or as to the quality of writing?

JACOB: Her writing is known to be very strong. This is a very, very smart lady, very capable. She has by all reports been a good judge at the trial level. Now, again, maybe not the worldview that that your listeners might or at least many of your listeners might be hoping for or that I might be hoping for, but of the universe of people that President Biden would be considering for a Supreme Court slot, she is extremely well qualified, extremely capable academically, she does write clearly, a very articulate woman. There's a lot of very good things about her even though, again, she's not going to be the kind of justice that President Trump would have appointed or George W. Bush or Ronald Reagan for that matter.

REICHARD: Well, there’ll be plenty of vetting going on I’m sure. Now, I understand that she once served as an advisory school board member at a Christian school in Maryland. That was before she became a judge. That school’s website had a clear belief statement on it that aligns with traditional Christian values, such as marriage being between one man and one woman for life, naming sexual immorality as anything outside traditional, male-female marriage, and the sanctity of life that includes the unborn. Do you think that past will figure into this confirmation hearing at all?

JACOB: It’s possible. She has basically renounced those positions. And it's hard to know how this developed for her. She says that she got onto the board of that Christian school and didn't realize that they held positions in favor of traditional marriage and against abortion. Are those issues where she's changed her position as she becomes more visible, kind of on the political left, and she was maybe comfortable with them once but isn't today? Is it maybe something she never really thought about until she started becoming a candidate for high office? It's hard to say. But I think she's going to repudiate that. And say, I didn't know those things. And I don't support those views, and it probably won't affect the confirmation process.

REICHARD: You mentioned that Judge Jackson is not a textualist. I’m wondering if you could flesh that out a bit? Is she concerned more with Constitutional principles or more in line with equitable ideas of justice?

JACOB: The big division in constitutional scholarship is between those who believe that we should do the very best we can to follow the original textual meaning of the document and if it doesn't work any more, then we should amend it. That's one group, the textualist or the originalists. On the other side, you have the group that are generally referred to as the living constitutionalists. And they will say that they are looking to the principles that underlie the Constitution—things like justice and empowerment and human dignity and equality, some of those kinds of issues. And that if the words of the document no longer accomplish those principles in our current society, then they will walk away from the words and interpret it as does the kind of justice that they think is necessary. Ketanji Brown Jackson, I think, is clearly in the living Constitution camp. She's not going to feel herself bound to follow the original meaning of the Constitution the way, again, Sam Alito or Clarence Thomas, maybe Neil Gorsuch would do on the court.

REICHARD: Brad Jacob is associate dean and professor of law at Regent University School of Law has been our guest. Professor, thanks so much!