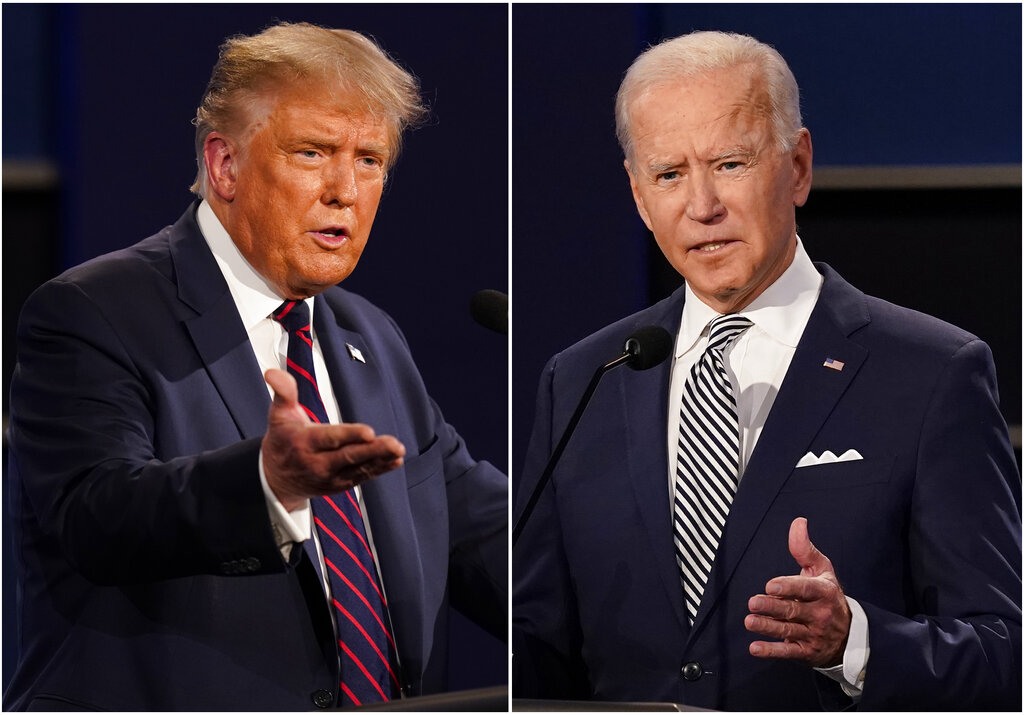 NICK EICHER, HOST: Today is Wednesday, October 14th. Good morning! This is The World and Everything in It from listener-supported WORLD Radio. I’m Nick Eicher.

JOEL BELZ, FOUNDER: By my latest calculation, the roughly half-million people who make up WORLD’s readers and listeners each week are likely to divide their votes next month among three different groupings:

Those who hope to elect Donald Trump—Something well over 50 percent. Half will be enthusiastic about their choice; others will cast their ballots under duress.

Those who favor Joe Biden—If it’s over 25 percent, I would be surprised.

Those who fervently wish they had a third choice—Something approaching 100 percent.

To be sure, these are not real-life numbers. They’re based on my observations over the last 68 years—watching what happened in 18 different presidential elections.

My guess is that when they go to the polls a few days from now, some conservatives in the WORLD family will vote for Trump, and some moderates will vote for Biden.

We should not leave out the many of us unsatisfied with the shape of that choice. In some situations, we would have been thought of and referred to as third-party folks. But that doesn’t fit this time around. We are much more committed to a few ideals than we are to a person or a movement.

So it didn’t take long, after the Democrats chose Joe Biden as their presidential candidate for the current cycle, for some of us to conclude that it was impossible for us to support him. The reasons reach now from his comprehensive commitment to the pro-abortion movement to his selection of demonstrably leftist Senator Kamala Harris as his running mate.

The debate among us concerning a vote to renew Donald Trump’s lease on the White House was more problematic. We were grateful for his appointment of hundreds of right-thinking personnel (especially to the judiciary and bloated regulatory bureaucracy). Our applause meter leaped as he nudged other nations’ governments to take up their share of leading the world. He seems bold in supporting educational choice. But we were stressed—again and again—at the president’s utter carelessness with facts, his rudeness and crudeness, and his mocking disdain for his opponents and sometimes even for his friends.

Bottom line: No way could I withhold my vote from Biden and then—with virtually the same set of standards—give a pass to President Trump.

Will I turn in a blank ballot? No way. Will I write in someone like Nikki Haley or Kay James? Maybe. I’ve still got a few days to resolve such important issues.

In the meantime, I’ll remind all WORLD members who are imitators of Jesus to pursue the wisdom of Ephesians 5:8: “Walk as children of light (for the fruit of light is found in all that is good and right and true), and try to discern what is pleasing to the Lord.”