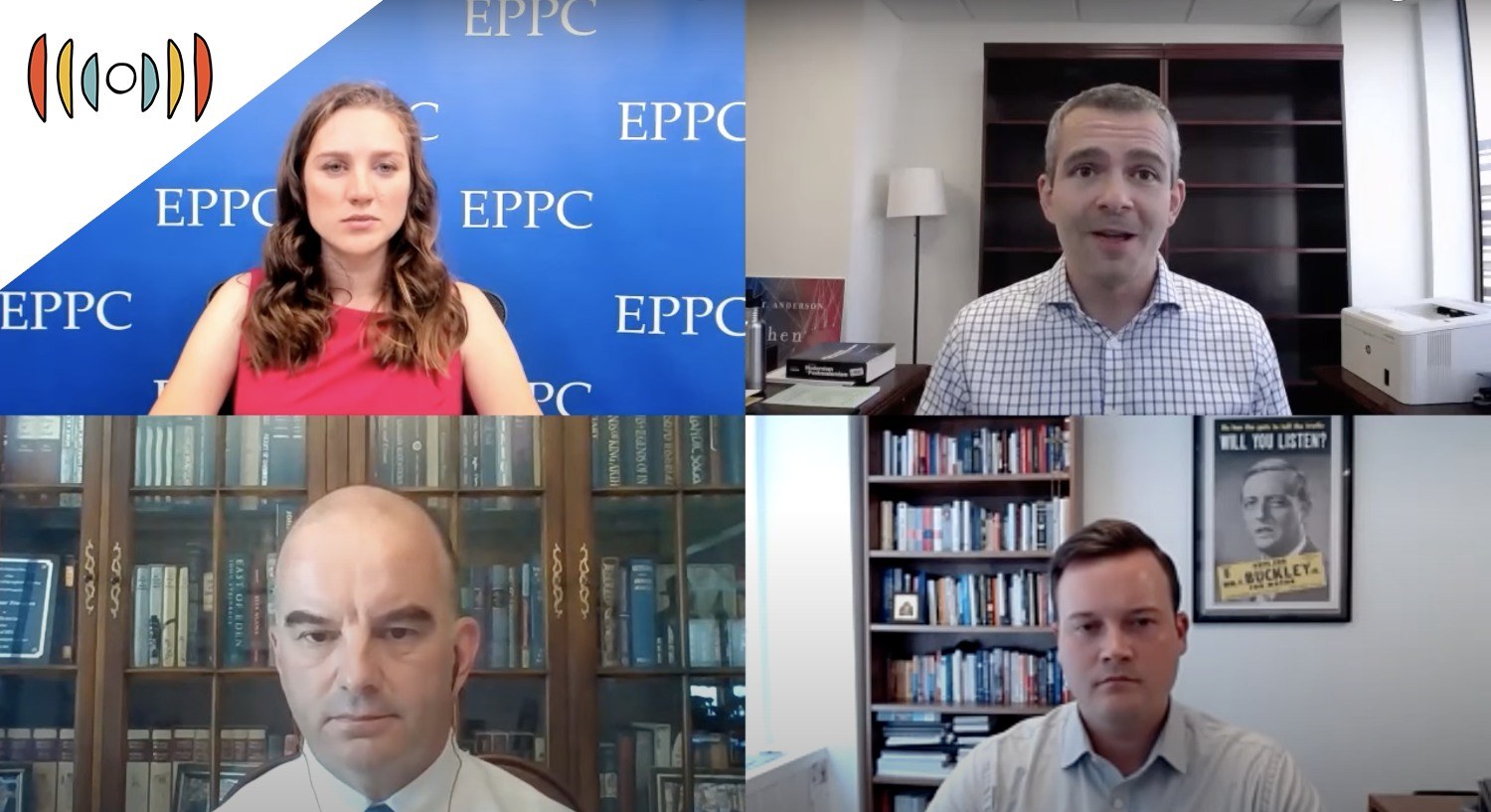 MARY REICHARD, HOST: Today is Wednesday, September 15th. Good morning! This is The World and Everything in It from listener-supported WORLD Radio. I’m Mary Reichard.

JOEL BELZ, FOUNDER: Corporate America has become a cultural bully. Some of that perhaps predictably involves the strong-arm actions of giant corporate newcomers like Amazon, Facebook, or Apple. More ominously, it includes historic companies like Coca-Cola, Bank of America, and Delta Airlines.

The irony in all this, of course, is that these huge corporate entities—both old and new—owe their birth, their growth, and their robust history to our core freedoms. Our Bill of Rights has liberated the entrepreneurial spirit throughout our history and throughout the nation.

But that same Bill of Rights is now being gnawed away by the leaders and executives of many of the megacorporations that have benefited from its freedoms.

Carl Trueman, Ryan Anderson, and Joshua Holdenried are all serious scholars who have first-hand experience with what some folks are calling professional “snuffing.” During a recent event hosted by the Ethics and Public Policy Center, they compared notes.

TRUEMAN: Early this month, I was lecturing on the topic of my book, The Rise and Triumph of the Modern Self, over at a conference in California, hosted by a Baptist Church. And during, I think, it was the first session, the live stream by YouTube was pulled because of copyright violation. So say the organizers had been playing some music in the background that violated copyright. So the organizers sorted that issue out and then started the live stream again. And the live stream was canceled the second time, this time for content violation, apparently relative to something I said. What makes this interesting is there were two live streams going, only one of which had been made public. And it was the public one that was shut down, which would seem to indicate that the reason for the shutdown was not some algorithm catching some word or something I'd said, but it actually stemmed from a complaint from somebody watching online.

Trueman sees little chance of coincidence in the twin interruptions. Such skepticism comes in part from an experience in May when he was giving the very same set of lectures at a Christian high school in the South. Prior to his visit, the lectures had enjoyed good publicity on the school’s Instagram account. But then the company suspended the account, with a requirement that all references to Trueman and his lecture be dropped before it could be reinstated.

Ryan Anderson is president of the EPPC and author of the book When Harry Became Sally: Responding to the Transgender Moment. This past spring Amazon removed the book from its list of available titles. After weighing several possible reasons, Anderson came to this conclusion:

ANDERSON: And even in the way that they did this, they're supposed to contact the author and the publisher first to notify them to try to work it out. They didn't follow any of their own procedures. This strikes me much more like an abuse of market dominance to try to control public speech, in particular, on a matter of huge public import. We're about to have Congress redefine our civil rights laws to enshrine the concept of gender identity as a protected class with huge consequences.

Joshua Holdenried came to the discussion from his role as vice president of the Napa Legal Institute in California. Napa’s special role is to help faith-based nonprofits navigate the digital public square.

Once a week! If you’re not worried about the loss of basic freedoms in our nation and culture, maybe you should be.