Jessie Bates on faith and football 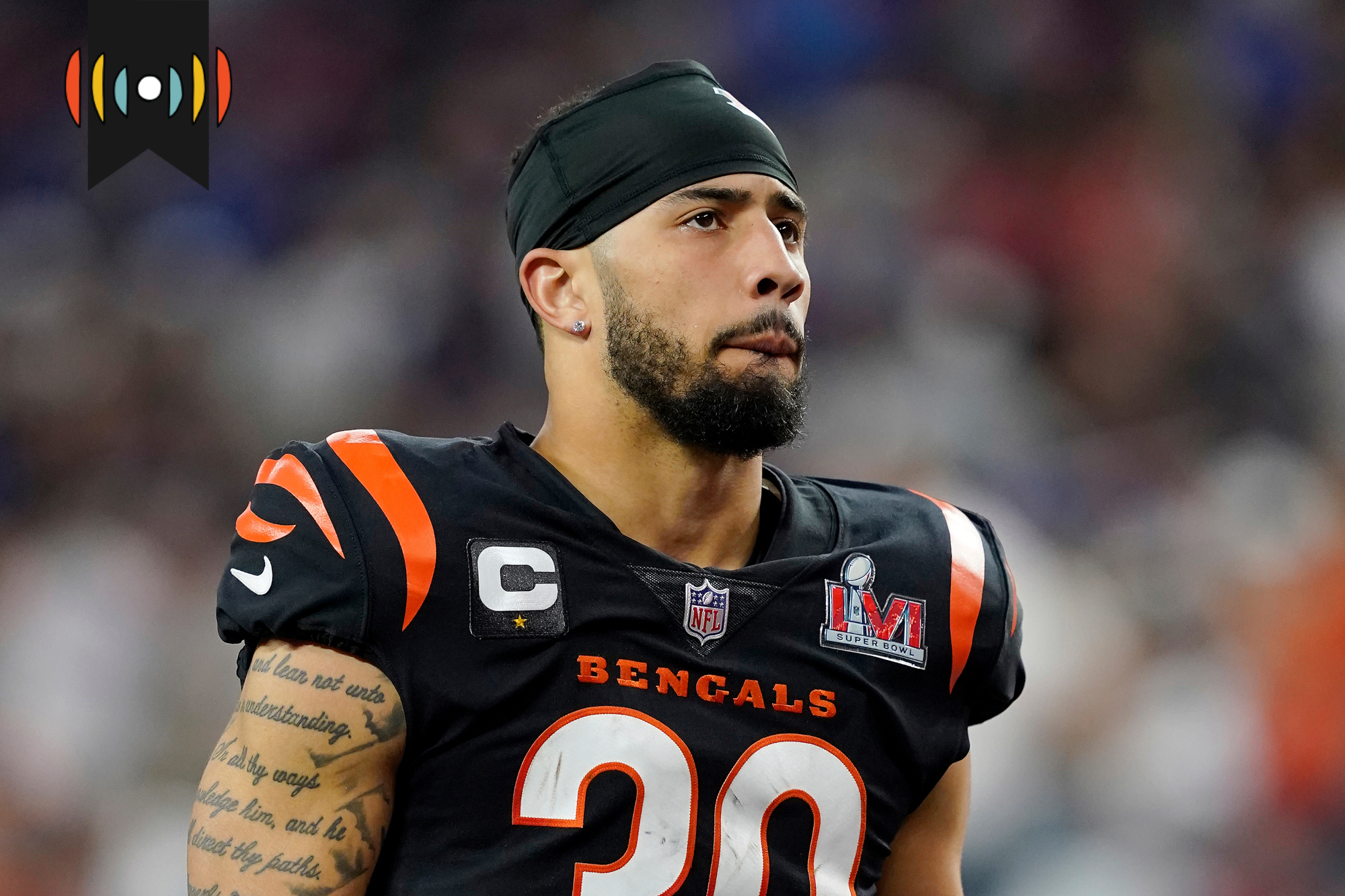 Coming next on The World and Everything in It: faith and football.

Jessie Bates is known as one of the best safeties in the NFL. He’s spent the last four years with the Cincinnati Bengals, and they’ve offered him a fifth season, if he’ll have it.

REICHARD: I can’t believe I even know this, but weren’t the Bengals in the Super Bowl this year?

BROWN: Right, Mary! Bravo on knowing that! They didn’t win, but the Bengals are still one of the top-ranking teams in the NFL.

So what’s it like playing at the peak? WORLD correspondent Whitney Williams brings us his story.

If he were, he’d have plenty to say. Others surely do.

SPORTS COMMENTATOR 1: Right now with Jessie Bates, it’s the talk of the town in the NFL right now. What’s gonna happen? Are the Bengals gonna let him go? Right now it sounds like he might hold out. I wanna go to Tyler first.

SPORTS COMMENTATOR 2: Kick him to the curb. That’s what I’ve gotta say on that.

GMF COMMENTATOR 1: Complete this sentence: The Bengals will return to the Super Bowl if what happens …

GMF COMMENTATOR 2: If Jessie Bates plays. I really do think he’s that important.

“But enough about me,” Bates might say—were you to sit down with him. He’d rather talk about others.

BATES: There's a lot of people that came before me that sacrificed a lot for me to be where I am today.

At the top of that list, he says, is his mom.

BATES: She's the one that's been my rock throughout my life.

Bates’ dad wasn’t in the picture, so as a single parent, his mom wore a lot of hats.

A hard worker, too, according to Bates. He says his mom worked multiple jobs around Christmas time to ensure he and his siblings had a special day.

BATES: She's a grinder. I remember just—nothing wrong with living in an apartment or living in, you know, a bad area—but just watching her knock goals down, setting goals. Really showed me what work ethic is.

He gets a bit emotional talking about where his mom started and where she is now.

BATES: A lot of people don't understand that, you know, sometimes the NFL stands for “not for long.” The average, you know, years of playing in the NFL is three years.

So instead of living like he’d just won the lottery when the Bengals drafted him in 2018, Bates decided to invest a large part of his earnings. And now, coming up on year five in the NFL, his wise stewardship is starting to pay off.

BATES: I've been getting investments back, dividends back that were bigger than my game checks in year four.

Rest assured, his mama’s day’s comin’. But for Bates, it’s bigger than that. Bigger than himself and his family.

BATES: I think God, he chose me, he chose me for a reason. I'm still figuring out what my calling on this earth is. But one thing I do know, is I'm going to help others and make sure I spread the faith, the love that God has instilled in me.

Speaking of that faith …

BATES: There's a lot of things that when you have money, and you’re young, a lot of stuff that can cloud up the vision of what your calling really is on this earth …

Part of the way Bates stays on track spiritually is by surrounding himself with the right people.

He shares about the Christian community he’s found among other NFL players. Praying together before every game, attending Saturday morning Bible studies …

BATES: I think that's the coolest part about it is we all are successful, we all are these superheroes that people think we are, but at the end of the day we all have that kind of connection and it all comes back to God …

When asked what makes him stand out to his coaches, Bates says:

Bates credits his coaches with much of that character development. He remembers spending the night in some of their homes, having conversations with them that he couldn’t have with his mom, and observing how they led their families. They taught him a lot:

BATES: But the main thing always stuck with me was you have a born date, and you have an end date. And whatever that in between, that dash mark that's on the grave site, that's what you're going to be remembered as. And that's your character and how you treat other people.

Making the most of the dash, the time God has given him on this earth … it's important to Bates. So, how does he know he's on the right path? Well, he says, that’s where faith comes in.

BATES: I would say the biggest leap of faith that I had was when I left college early.

After two years of playing college ball at Wake Forest University, Bates was invited to the NFL scouting combine. He’d have to quit school.

BATES: I stayed up multiple nights. I prayed. I asked my mom, just everybody just continue to pray just to give me answers, give me signs to where, where I should take this journey. It was a scary, scary moment for me. A lot of guys take that leap, and they don't get drafted.

God gave him a testimony. One that he takes joy in sharing with fans.

BATES: Just being able to give them faith to be not just a football player, whatever they want to do in life, no matter where they come from, no matter what circumstances they experience. Don't use any of this stuff that you're that you're going through, through your childhood, don't use that as an excuse, use it as motivation to get you to change that narrative of your family or whatever it is.